The Most Beautiful Bars in Lisbon 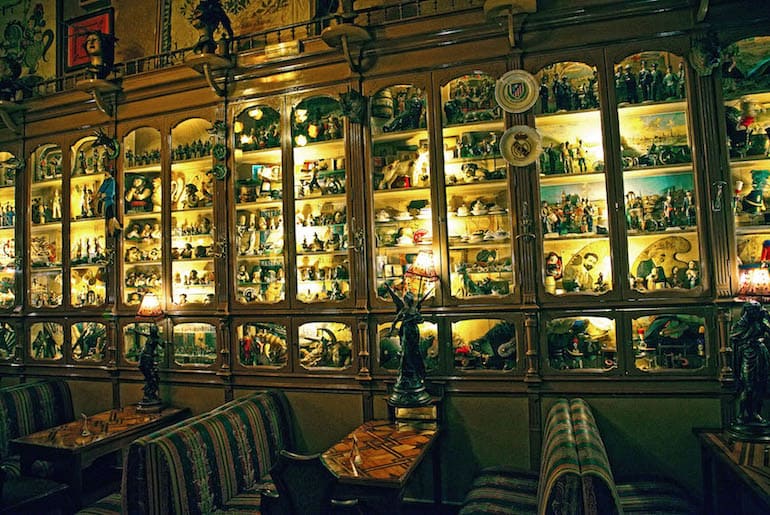 Almost all in wood, this eccentric bar was originally a grocery store. Its décor is a fantasy world, with cabinets full of thousands of precious collector’s items, from Art Deco pieces to earthenware with two centuries of history. Everything is dimly lit to create a relaxing atmosphere, to end the day with a cocktail. This is where almost everyone goes at least once in their life -- personalities such as Tony Blair and Hillary Clinton were the most famous visitors. 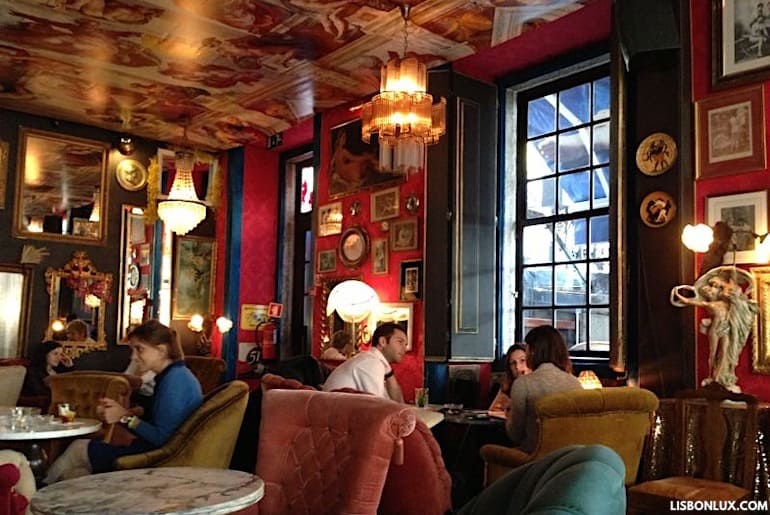 A former guesthouse where ladies of the world’s oldest profession got together with sailors is now one of the most popular bars in town. This is due to a naughty and laid-back ambience, but also to a décor recalling the history of the place. The ceilings were painted with frescoes, the walls are covered with mirrors, paintings and old posters, and decorative pieces create an old burlesque atmosphere spread through several rooms. 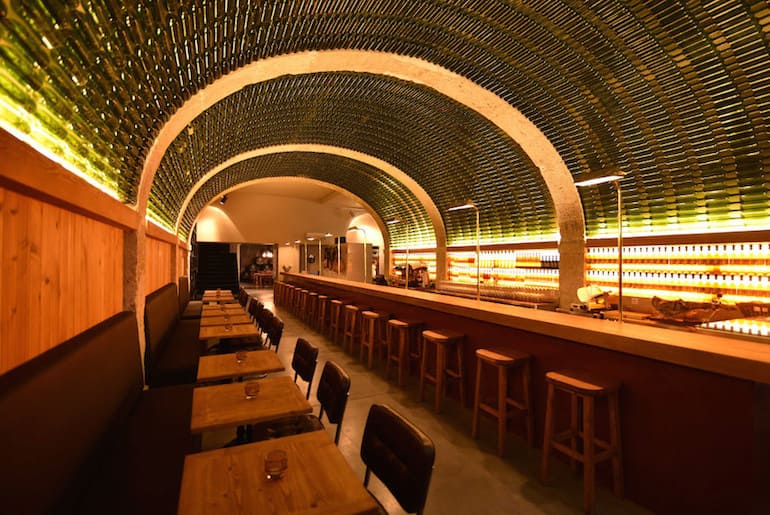 This wine bar looks like a wine cellar, divided into different rooms with stone arches, and decorated with barrels, old photos, and thousands of bottles, including the 3267 that cover the ceiling at the entrance. 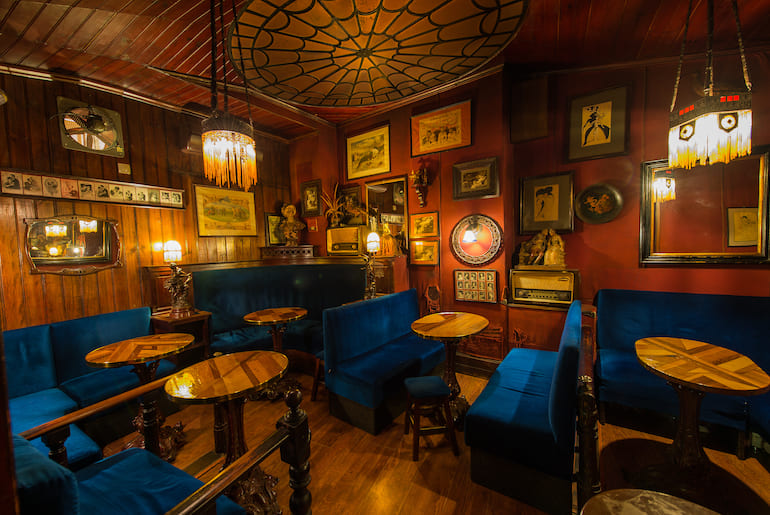 An antiques shop was turned into a bar in 1974, and remains open today as one of the city’s best-kept secrets. The intimate atmosphere goes back in time to the 1920s, with an Art Nouveau décor in two “vintage” rooms, with magazine covers on the walls, mirrors, woodwork and marble. 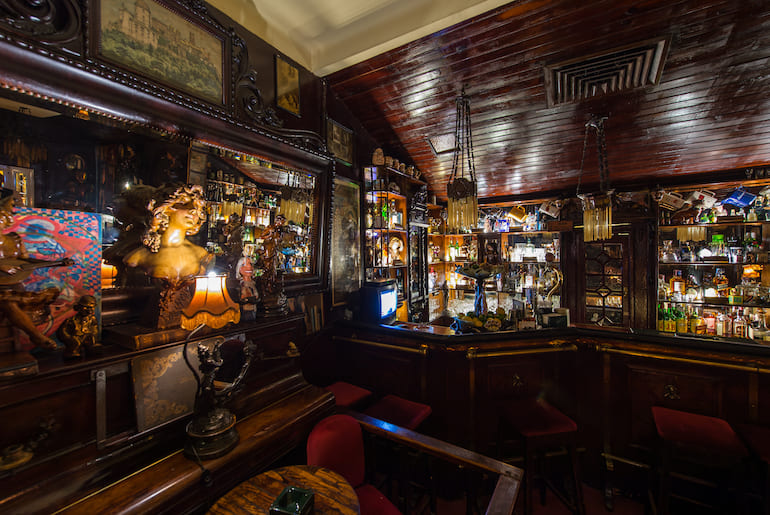 Opened in 1972, this bar is one of Lisbon’s classics. Behind a bougainvillea-covered façade is an Art Nouveau interior, completely furnished with pieces from other times. 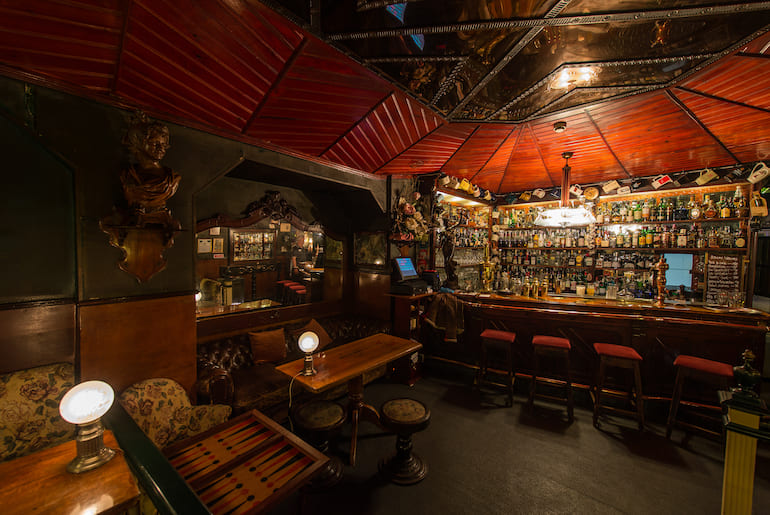 Entering this bar is stepping back decades to the early 20th century. It’s modeled after English pubs, and its curious Art Deco style is from the creator of Pavilhão Chinês (see above). It has several cozy dimly-lit rooms and an outdoor patio. 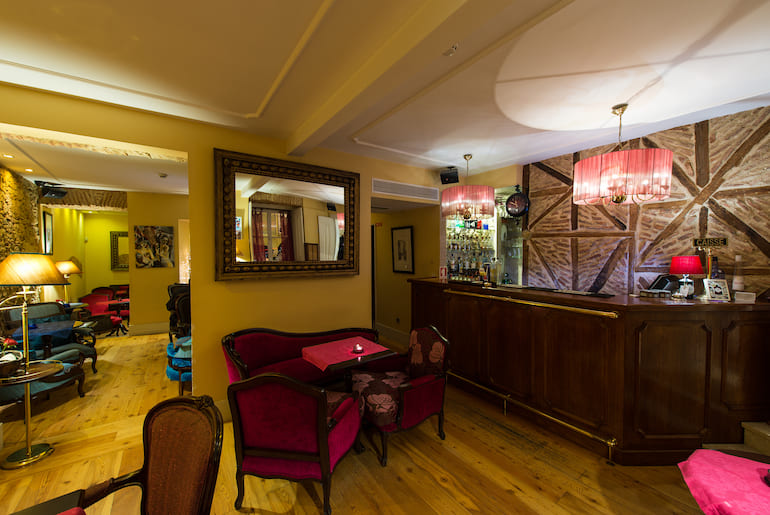 The atmosphere and the cocktail service are contemporary, but the décor is tastefully classic. The interior maintains elements of the original 18th-century building, and the furniture also remembers the past, with Louis XV-style armchairs and reproductions of antique tiles on the terrace. 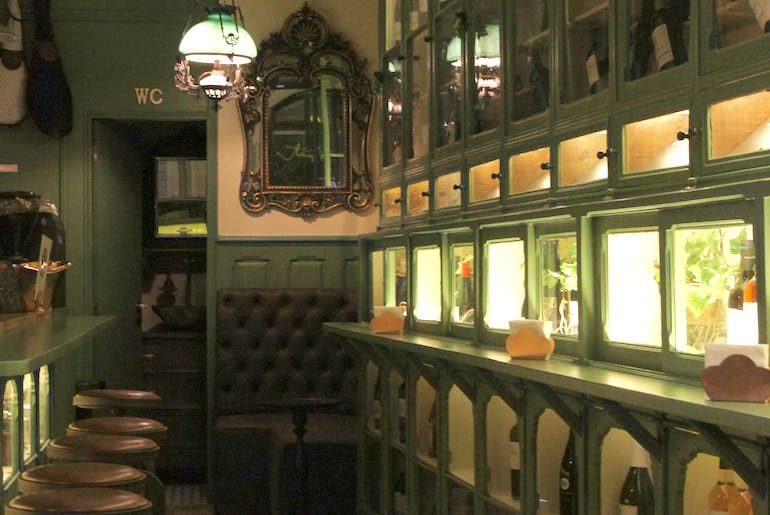 It looks like an old bar, but in reality it’s a former drugstore that opened over a century ago, and was now turned into a wine bar. The entire interior has been preserved, including the stone-topped counter and the mosaic floor. The drugstore’s cabinets now display bottles of wine from Portugal’s different regions, and stand by vintage furniture and decorative pieces. The wine can be served by the glass or bottle, and can even be bought to take home. Only about 15 people fit in the small space, where you hear jazz and blues.
In addition to the wine, there are signature cocktails and craft beer, to accompany cheese platters or pork sandwiches.