Where to eat in Bairro Alto, including traditional taverns and international restaurants 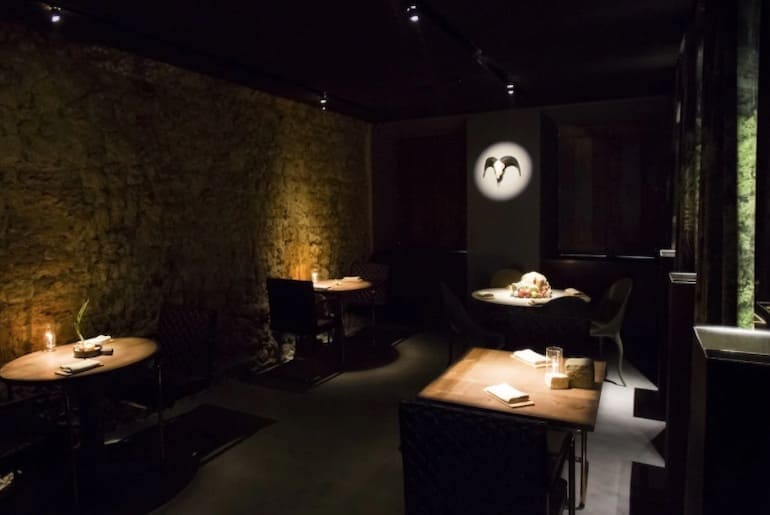 Now nationally-famous for his appearances on cooking shows on TV, chef Ljubomir Stanisic has been a familiar face in Lisbon for over a decade, due to his restaurant in Bairro Alto. That’s where he offers tasting menus based on contemporary Portuguese cuisine, with innovative and humorous touches. He uses seasonal products found at Mercado da Ribeira, so the dishes are constantly changing. 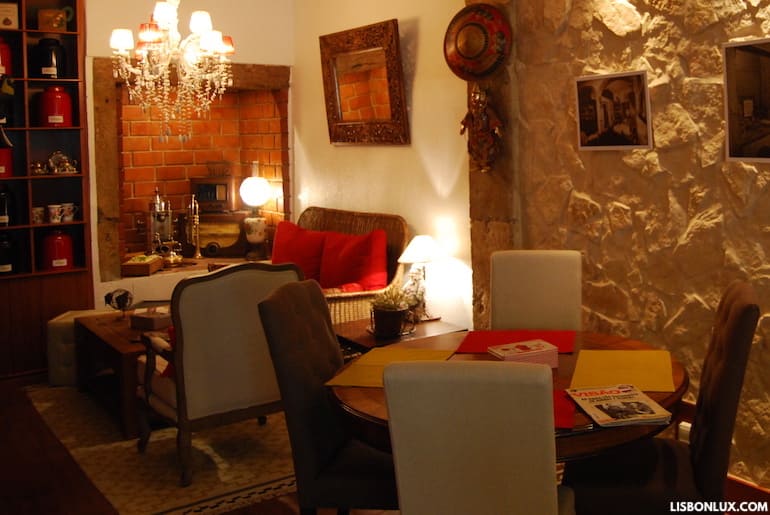 For several years, this was a tea house but is now a burgers restaurant. It maintains the classic décor of the previous space (with chandeliers, armchairs and sofas), but now only opens for lunch and dinner. In addition to the burgers, it also serves “pregos” (steak sandwiches), all accompanied by fries.
There’s a second, bigger branch in the same neighborhood (on Rua da Atalaia), sharing the same menu. 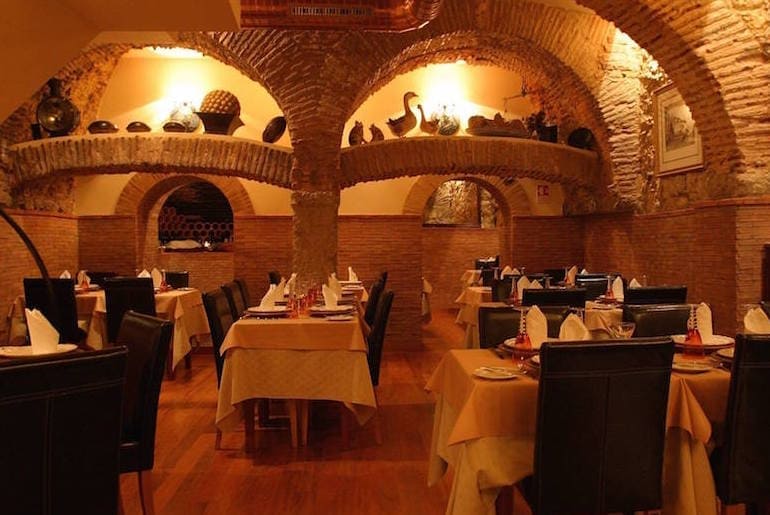 Classic Portuguese dishes are the specialty at this refined rustic-style restaurant. It's found in an attractively renovated space of a former bakery, where it kept the original stone arcs and large brick oven. The menu is mainly made up of dishes from the Alentejo region and the north of Portugal, with the highlights being the several salted cod options. 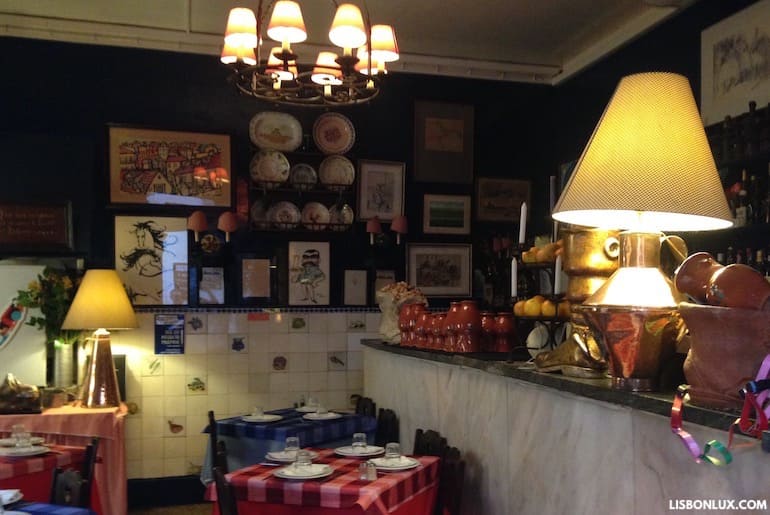 The lively, informal atmosphere of this small restaurant has been a favorite choice of tourists and locals since the 1970s when it opened. The walls are covered with framed drawings and caricatures -- something to admire as you wait for the traditional Portuguese dishes. 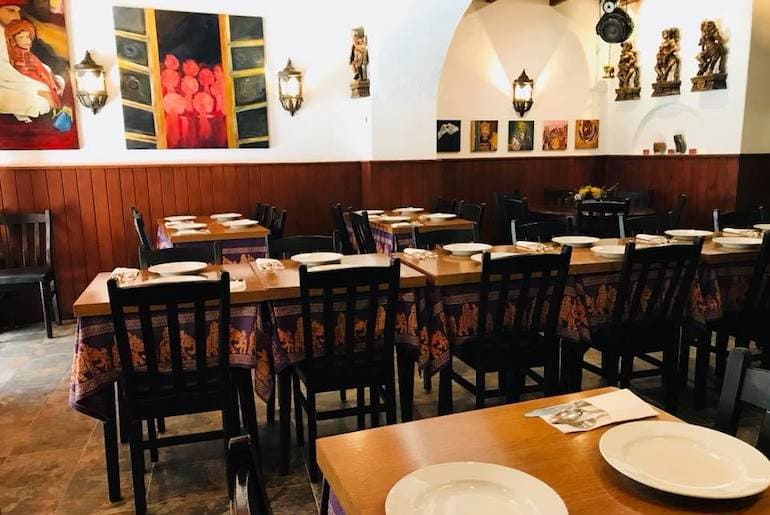 There are two Calcutá restaurants, both in Bairro Alto. They serve Northern Indian cuisine, which is less spicy than other Indian foods, although the curry is still present in several dishes. The menu also lists several vegetarian options and six types of bread. Both restaurants are casual and reasonably priced. 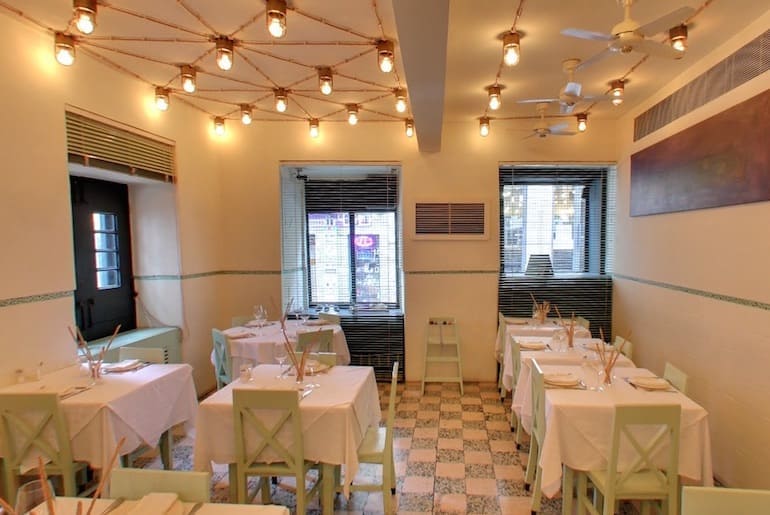 Said to have been the first truly Italian restaurant in Lisbon, Casanostra remains a popular restaurant today. It uses pale tones to cover the walls which surround a rather retro décor, and it has a relaxed ambience. The pasta dishes are the favorites, but there are also several meat and fish options (there’s no pizza). The wine list offers dozens of Italian labels mixed with a few Portuguese selections. 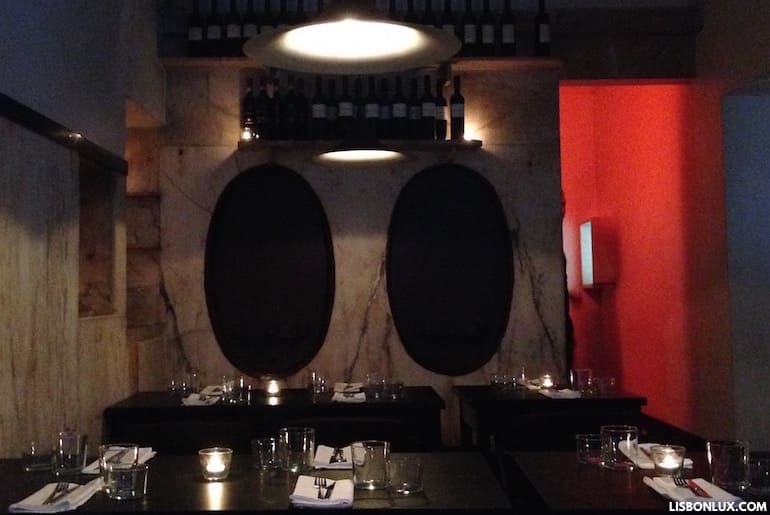 A former bar and grocery store now features a contemporary design and low lighting, and is a restaurant of Italian specialties, especially thin-crust pizzas.
Book in advance, especially on Friday and Saturday nights. 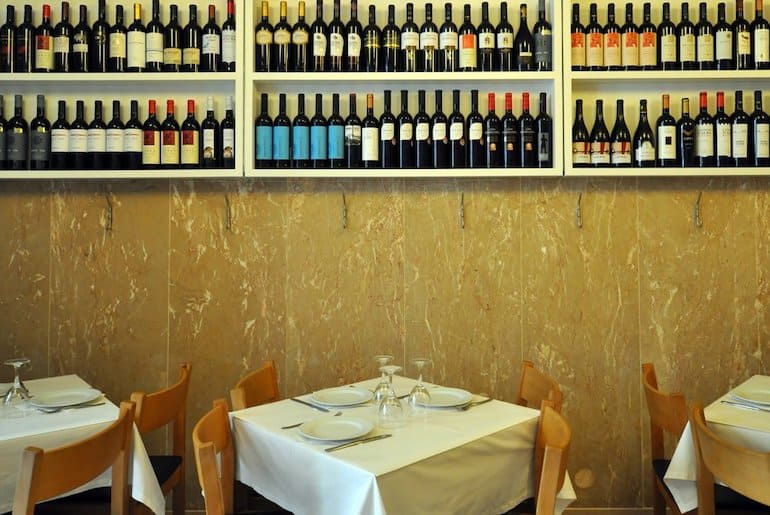 It's been open for years, but its current space dates from a move and renovation in 2010. It has a small interior, made up of only a few tables and lots of bottles of wine on the walls. It lists a variety of traditional Portuguese dishes to accompany the wines. 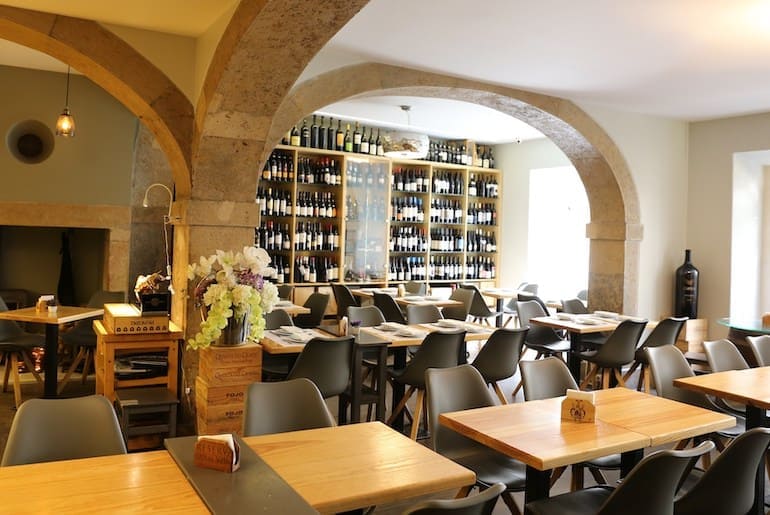 It has an English name, but this wine bar and restaurant only serves Portuguese wines and local cuisine. There are dozens of wines that may be served by the glass, and some of them are mixed into cocktails. To accompany them at the tables (many of which are large wine barrels), there are cheese and meat platters, bread baskets, and surprising dishes that have made this one of the most popular spots in Bairro Alto.

This restaurant established itself as one of Bairro Alto's top restaurants soon after it opened in 2003. It used to be a stable, then became a fado restaurant, and is now a refined yet laid-back space with some fantastic features. Those include beautiful tile panels, ring chains that were used to tie the horses, and photos of Lisbon at night.
On the menu you have classic Portuguese dishes, including several cod options together with vegetarian choices and a variety of starters. 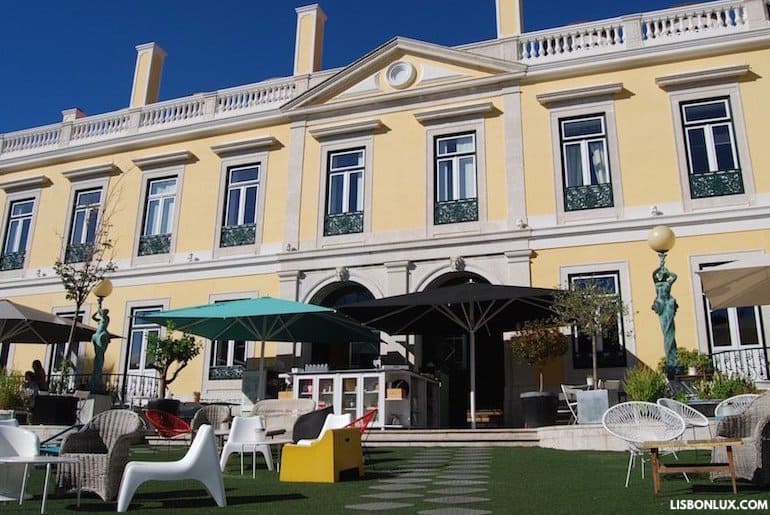 It’s not in Bairro Alto, but right across from its grid of streets, facing the Santa Catarina viewpoint . It shares the building of the Pharmacy Museum, so it’s inspired by the pharmacies of the past in the décor and in the use of flasks and other curious objects to serve the drinks and food. Despite the attractive interior, everyone prefers to sit outside on the terrace when the sun is out. 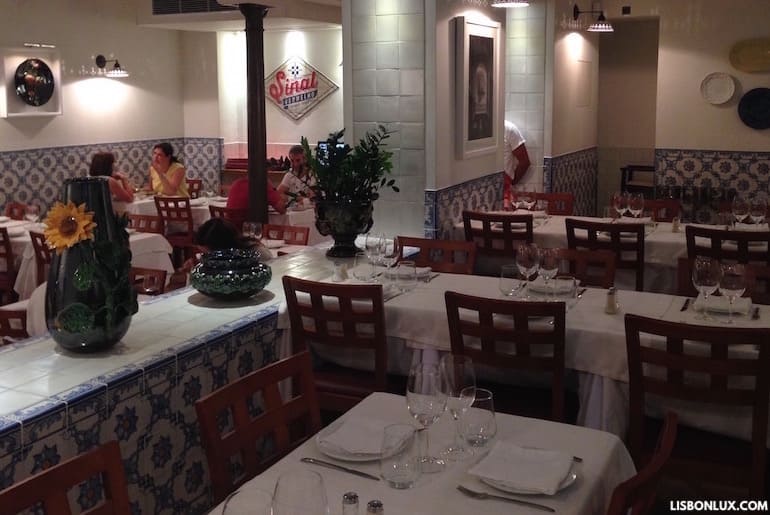 When this restaurant opened in the mid-1980s it only had space for less than 20 people. Its popularity led to the expansion of the dining area, and it now welcomes close to 70 guests at a time. It serves a varied menu of Portuguese dishes, and there are also a few veggie choices. The atmosphere is very casual and relaxed, and there are also tables outside. 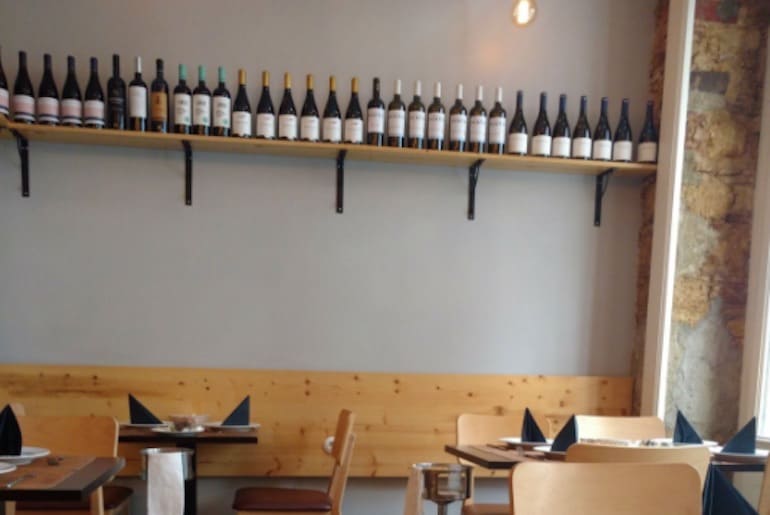 It's one of Bairro Alto's most popular restaurants and the reason is the good food (simple but with a certain refinement) at reasonable prices. The majority of the dishes are Portuguese but the menu also presents several international influences, including vegetarian choices. The dining area isn’t very spacious so it gets filled up fast, usually by young crowds before a night out in the neighborhood. 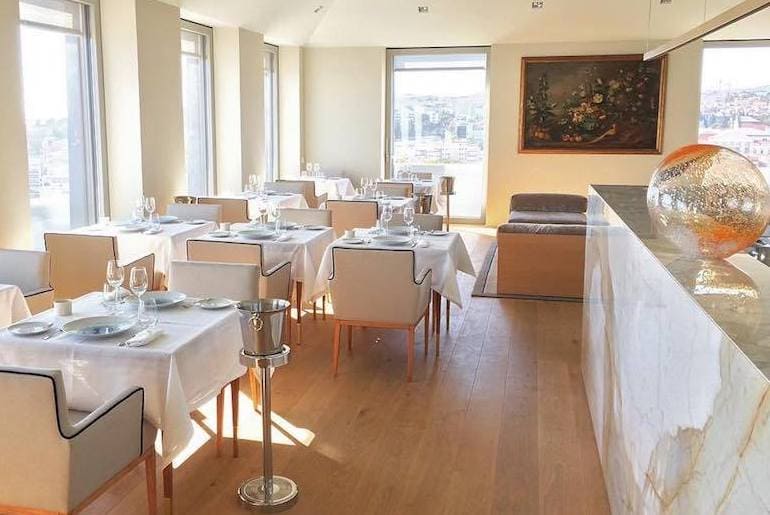 This restaurant invites you to head up to the top floor of the Verride Palácio Santa Catarina Hotel for creative cuisine and one of the best views over Lisbon. It presents two tasting menus, but there’s also a menu divided into cold and hot options of Portuguese and international cuisine. The view may be enjoyed from the windows of the interior dining room seating up to 100 people, or from the rooftop, seating 40 others.
At lunchtime there’s a "menu of the day" which includes an appetizer, entrée and dessert. The entrée changes daily, depending on the fresh products available at the market in the morning. 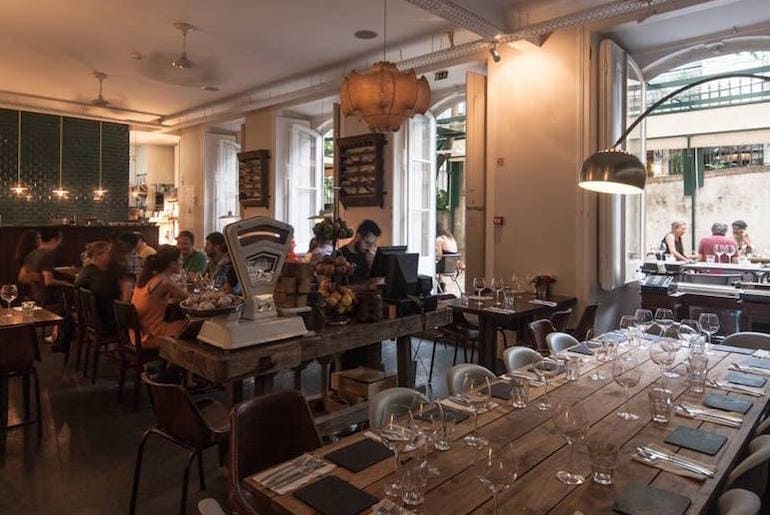 You don't usually expect much from a restaurant in a hostel, but this one inside The Independente Hostel serves good Portuguese cuisine using seasonal ingredients. It has a nice patio in the back, open throughout the year, attracting a cosmopolitan crowd. 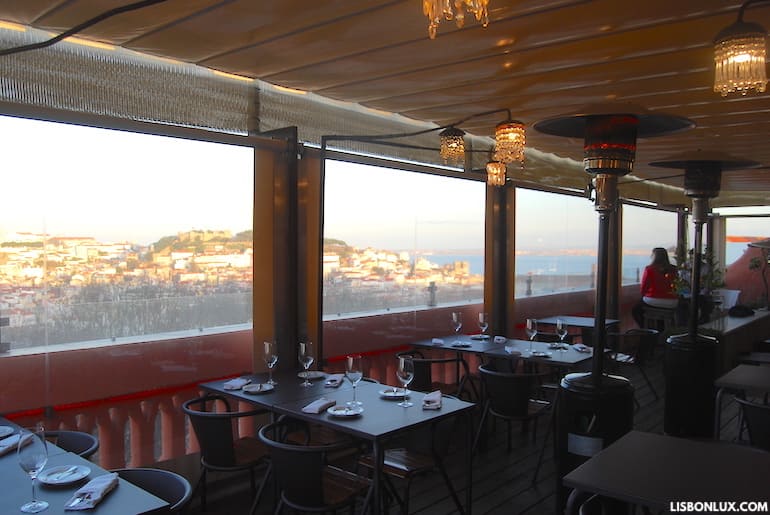 Found at the top of a 19th-century building facing one of the city's most famous lookout points, this bar and restaurant offers one of the most beautiful views of Lisbon. It’s reached by an old elevator, and the tables are spread over an interior dining area and a terrace. There’s a counter at the bar, where you may enjoy cocktails and watch the chef in action.The menu is inspired by Portuguese cuisine but with some original touches. 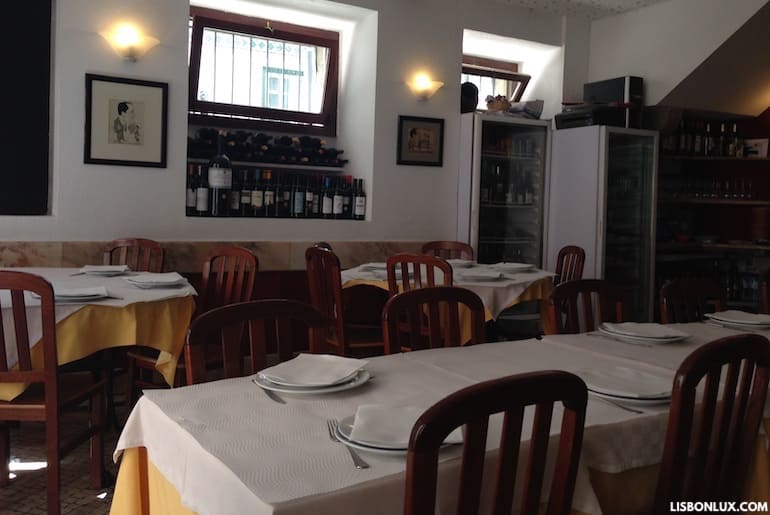 Because this is one of the best-value restaurants in the city (good traditional food in generous portions at reasonable prices), you'll likely always find people waiting for a table at the door. It's an unpretentious place, attracting young crowds before a night out in Bairro Alto. It doesn't take bookings, so be sure to arrive early or expect to wait. 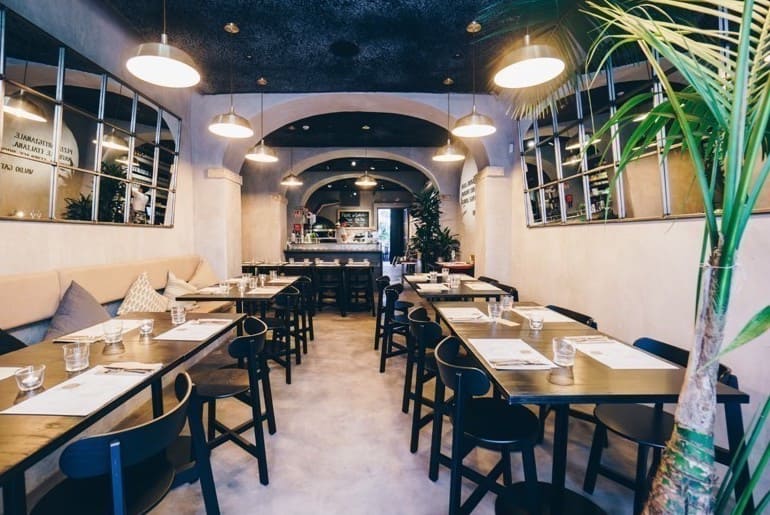 This pizzeria stands out for its attempt to prevent waste and for its commitment to natural products from Portugal and Italian DOP and organic ingredients. Thanks to the oven's rotating stone, the pizzas come out evenly cooked, and it’s a suitable place for different diets -- there are vegan options, another with just raw toppings, and yet another with no tomato. There is also the pizza of the day, presenting new flavors and showing the creativity of the pizzaiolos. To drink, there are freshly-squeezed juices, organic wines and filtered water.