The 10 Most Beautiful Churches in Lisbon


Lisbon was once considered a "second Rome," with a church or convent in every corner. A significant number of those monuments were destroyed in the 1755 earthquake, but many were rebuilt, so most of the city’s churches date from the late 1700s. The interiors reflect the styles and taste of the time, a very Portuguese taste which mixes gilding with blue and white tile panels. The finest examples are often found where you least expect them, hidden in convents or in the smallest churches: 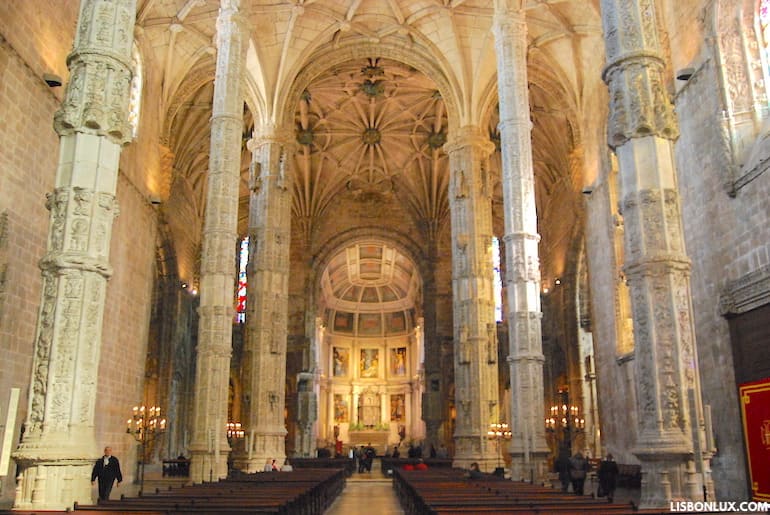 The vaulting of the church of the Jerónimos Monastery is considered one of the most impressive examples of the technology of Gothic architecture in Europe. Listed as a World Heritage Site, the entire monument is the most remarkable achievement of Manueline architecture, with an ornamentation that mixes religious and royal symbols, and naturalistic elements.
It’s in this church that you’ll find the tombs of poet Luís de Camões and explorer Vasco da Gama. 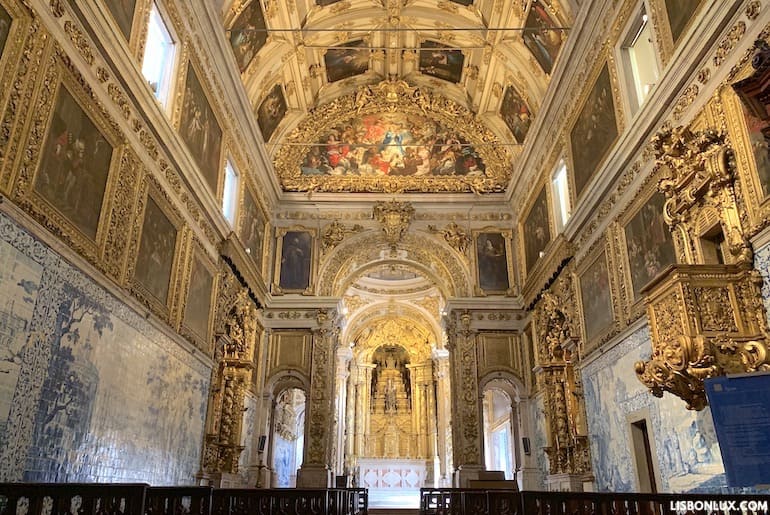 The Madre de Deus Convent is now the Tile Museum . The church is one of Portugal’s most extraordinary monuments, mixing Baroque tile panels, gilt and painting on canvas. The tiles are by Dutch and Portuguese artists, while the 20 paintings on the ceiling depicting the life of the Virgin are by painter Marcos da Cruz, and were created between 1660 and 1670. 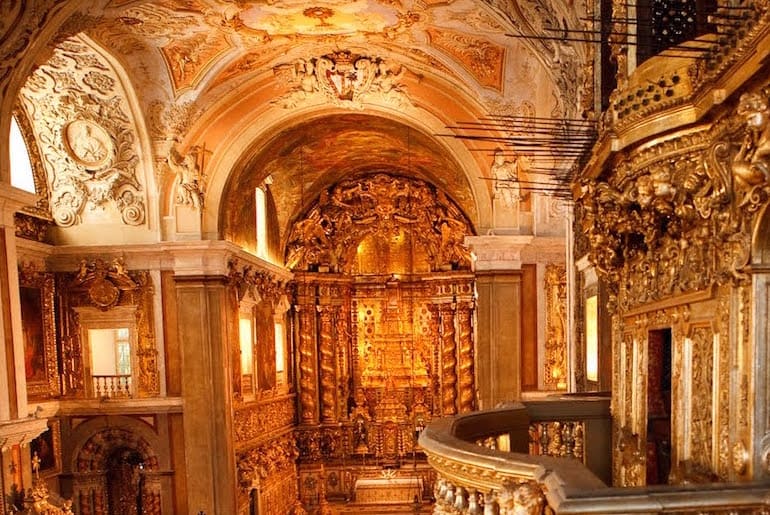 For whatever reason, this church remains a secret visited by very few, despite its location on the edge of Bairro Alto and despite being one of the city’s most monumental. The sumptuous interior is one of the most impressive works of art in Lisbon, from the Rococo stucco ceiling to the gilded decoration completed in 1727.
Two of Portugal’s most prominent 18th-century artists, Vieira Lusitano and André Gonçalves, created the paintings framed by the gilding. 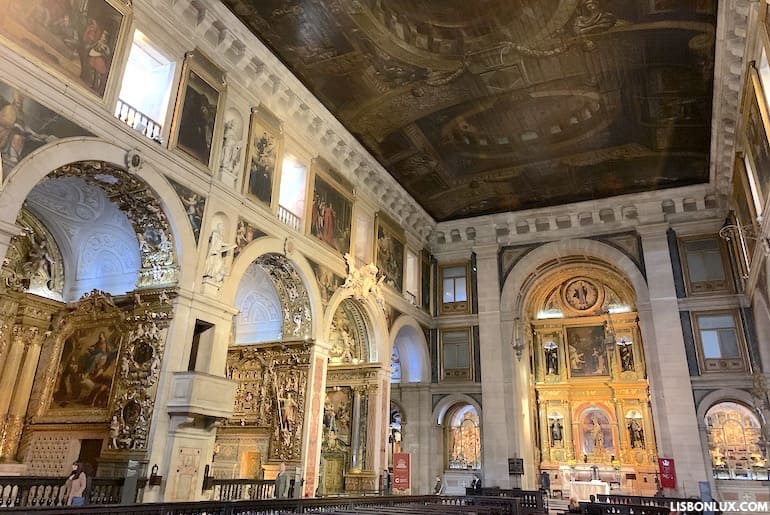 Known for having the chapel that many say is "the world’s richest," this church has one of the plainest façades but one of the most magnificent interiors in Lisbon. The famous chapel is that of St. John the Baptist, commissioned in Rome in 1742, to be brought piece by piece to Lisbon. It’s a treasure considered a true work of art, for the richness of the materials (which include ivory, agate, lapis lazuli and gold) and for the careful construction. The other chapels are rich in gilding, marble, tile art and paintings. 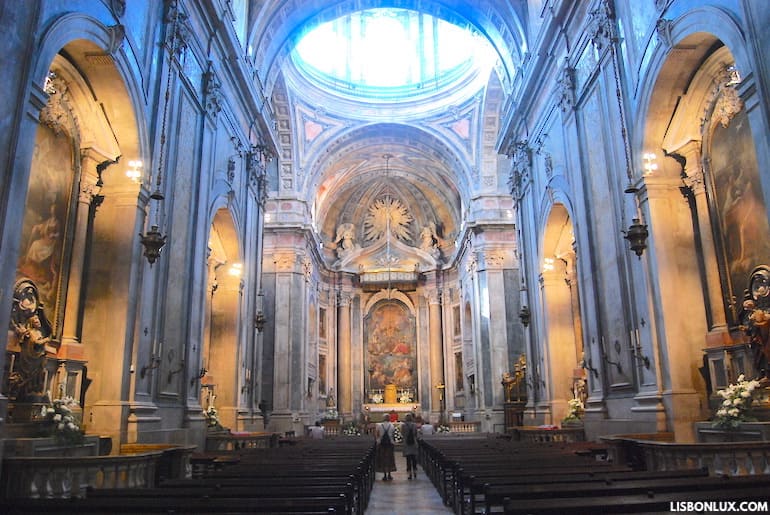 It’s one of the most beautiful monuments in Lisbon, both inside and out. It was one of the last great baroque churches, with an interior covered in marble. It’s known for its huge nativity scene by sculptor Machado de Castro, and for the tomb of Queen Maria I. 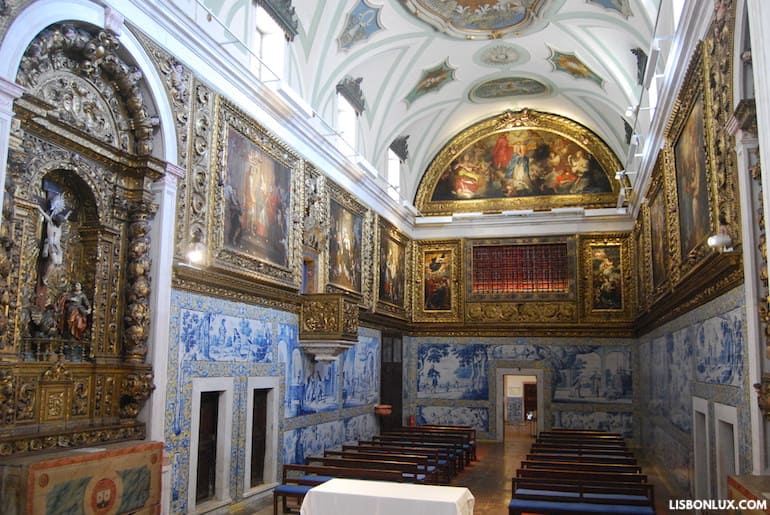 The church of Cardaes Convent is one of the most remarkable examples of Portuguese baroque, mixing gilding and tile panels. It survived the 1755 earthquake, presenting a set of eleven figurative tile panels in blue and white, created by Dutch artist Jan van Oort in 1692, while the gilding frames eight paintings by different artists of the time.

Although it’s right in the heart of the Alfama neighborhood, with many tourists constantly passing by the door, this church only opens twice a week for Mass (on Thursdays and Saturdays, in the afternoon). It has one of the richest and most beautiful gilded interiors, with gold covering the walls and the high altar. The paintings are attributed to Bento Coelho da Silveira, the royal painter of King Pedro II and one of the prominent Portuguese artists of the 17th century. 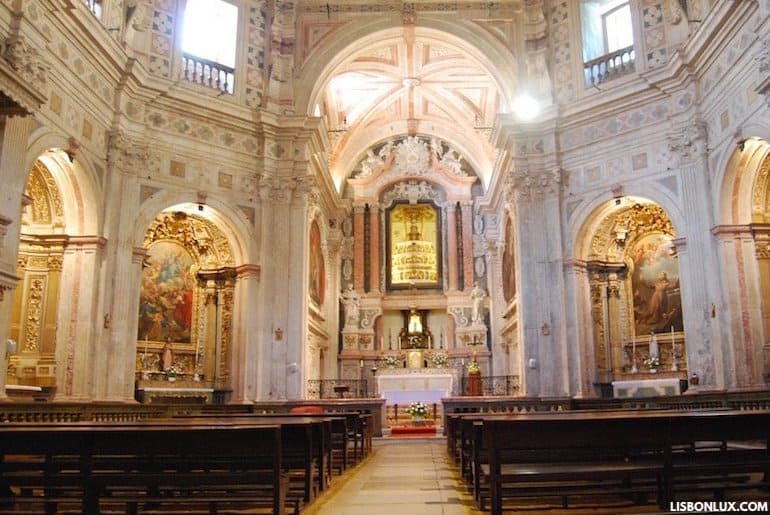 It opened its doors when it celebrated three centuries in July of 2011, but this church is always closed. However, you just need to ring the bell next door, and you’ll be taken to see the beautiful interior. Built by King João V in 1711, it’s found almost hidden by the castle. It stands out for its use of marble and of other fine materials, serving as a model for many other Baroque buildings across the country. 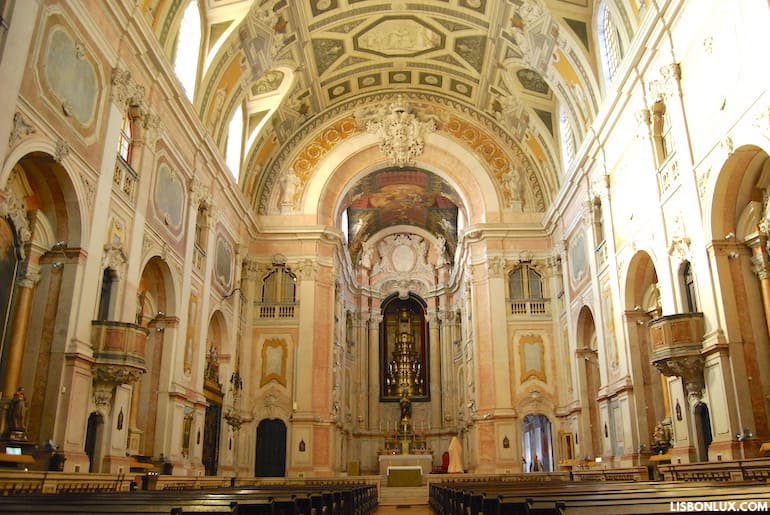 Of the churches in the Chiado district, all built or rebuilt after the 1755 earthquake, this one is the most beautiful. It’s a reconstruction of the first one inaugurated in 1708, and was only completed in 1873. The interior, covered in marble, features rocaille details and a sculpture of Our Lady of Incarnation by sculptor Machado de Castro. The beautiful painted wooden ceilings date from between 1784 and 1824. 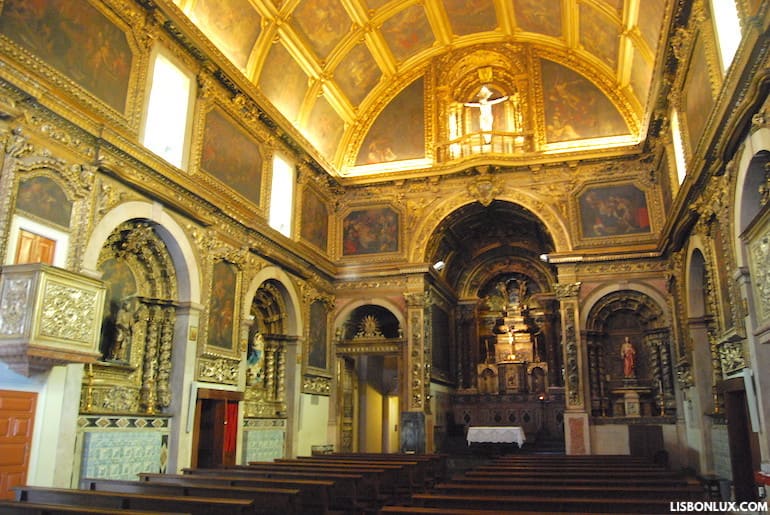 It's a small and little-known church, but it preserves one of the richest gilded interiors in town. That interior dates from the 1600s, but the building is just over one century old, as the original had to be demolished for the opening of Avenida Almirante Reis. The gilded decoration was then carefully put back into place, covering much of the space.