It all started in 1837 in the neighborhood of Belém, by the Jerónimos Monastery, when the custard tart recipe of the monastery’s pastry chef was sold to a local businessman. That “pastéis de Belém” recipe remains secret, but it has been imitated all over the country, and it now seems that there isn’t a single café or pastry shop without the famous tart. There are several spots in Lisbon with their own in-house production, and even an annual competition to find the best one. Here are the best places where you can try a few and judge for yourself: 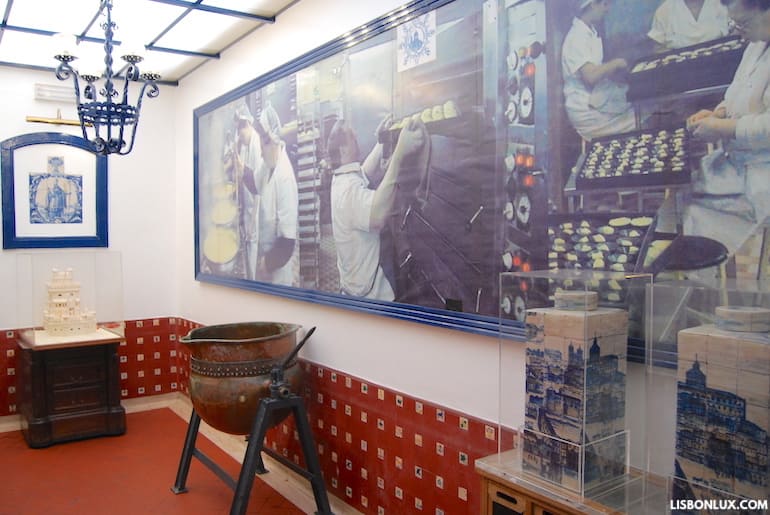 The Antiga Confeitaria de Belém pastry shop is better known simply as "Pastéis de Belém" and is recommended in every Lisbon guidebook. People line up outside to grab a few to go, but there are also different rooms inside where you may sit and enjoy them straight out of the oven. These are the original pastries from 1837, and many say they’re still the best. The recipe remains secret, and more than 20,000 are served every day. 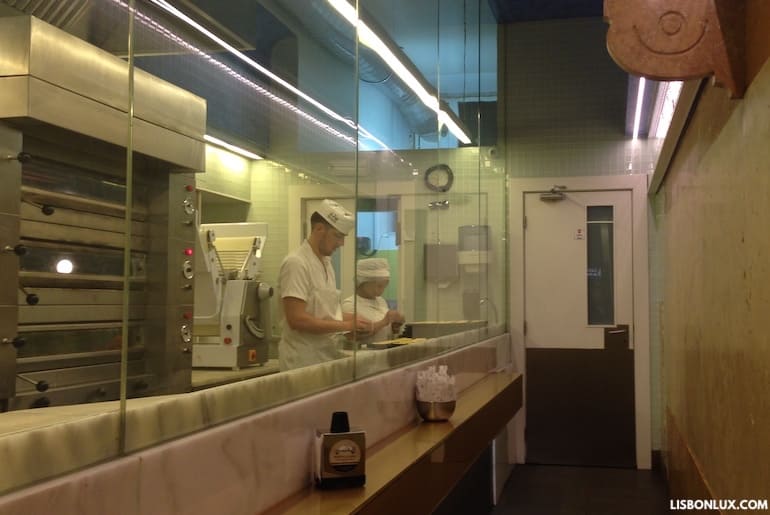 A small shop, in a building from 1900 with a beautiful Art Nouveau façade, opened in 2014 as a "custard tarts factory." There are those who swear that the tarts served in its narrow marble-covered interior, with only enough space for a counter, are better than the originals in Belém. A glass wall separates the master pastry chef from customers, allowing everyone to watch the entire process from dough to oven. They’re always served hot and crispy, to be enjoyed at the counter or through the streets of Chiado. 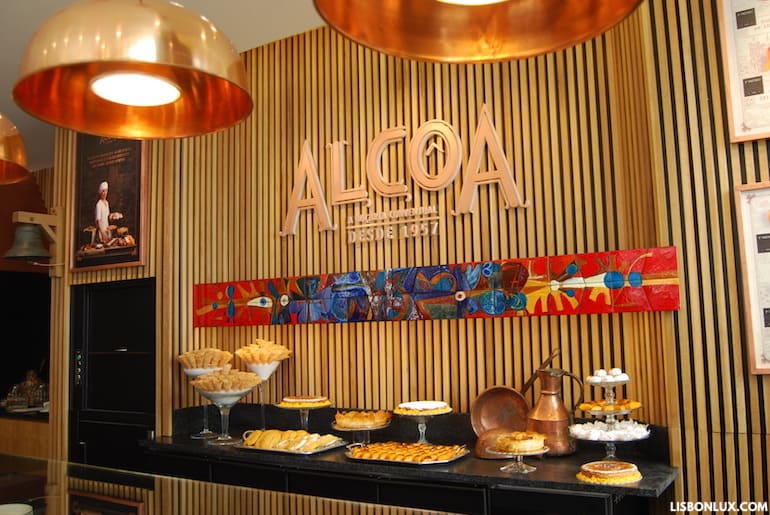 Four decades after opening in the city of Alcobaça, where it became known as the master confectioner of "monastic pastries," this pastry shop also opened in Lisbon, where it had already won the prize of "best custard tart" in 2014. 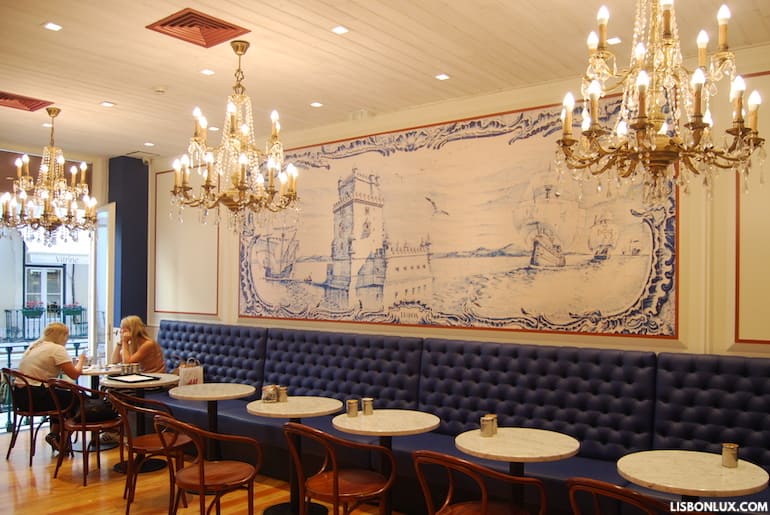 A large space in Restauradores Square was transformed into a "custard factory" where you may see the kneading of the dough, the cream filling, and finally the delicious tarts coming out of the oven. They’re then enjoyed in a beautiful blue-and-white interior, or at the tables outside facing the square. A second branch is found on the Rua Augusta pedestrian street. 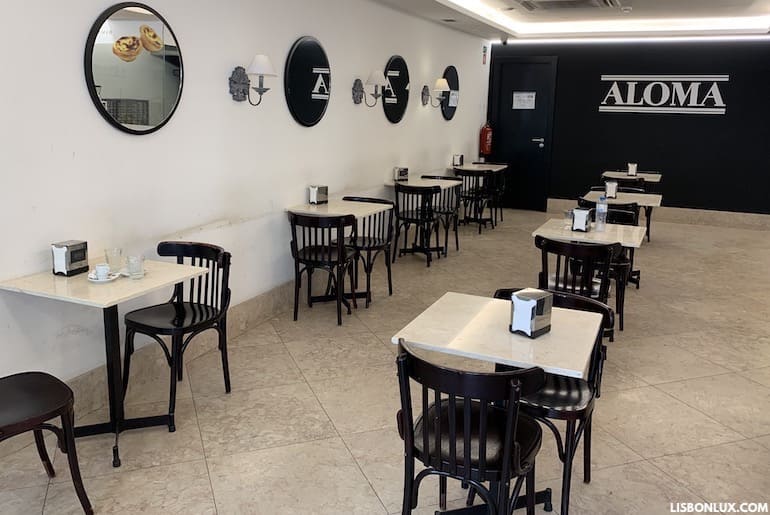 This small neighborhood pastry shop in Campo de Ourique opened in 1943, but under new management since 2009 it has won several awards and attracted new customers. It was the winner of the “Best Custard Tart” contest in 2012, 2013 and 2015, and was recommended in reports on CNN and the New York Times. What makes its tart stand out is its slightly liquidy and less sweet cream, and the fact that it’s almost always served cold. In 2016 it ended up in the Galleries Lafayette department store in Paris, and there's another branch in a more central location in Lisbon, in the Chiado district. 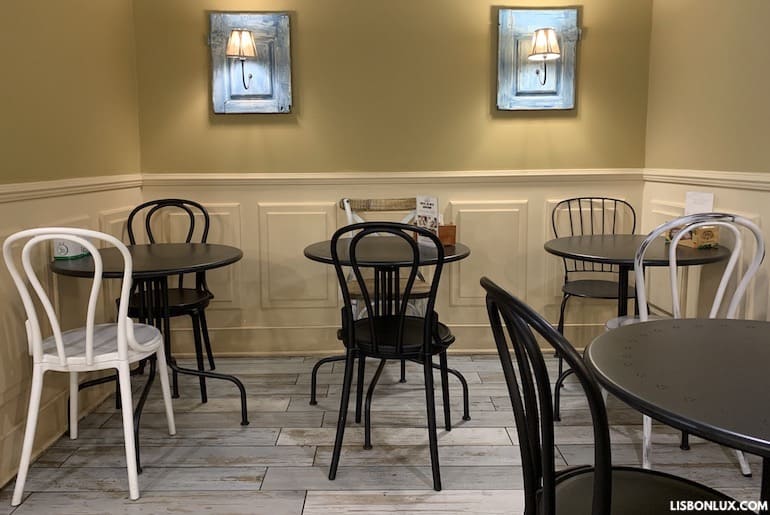 This pastry shop has won several awards for its traditional pastries, such as the custard tarts and the bean tarts (which are also available in a gluten-free version), and especially for its “saloio” bread, voted “the best bread in Portugal.” It also stands out for having vegan custard tarts. 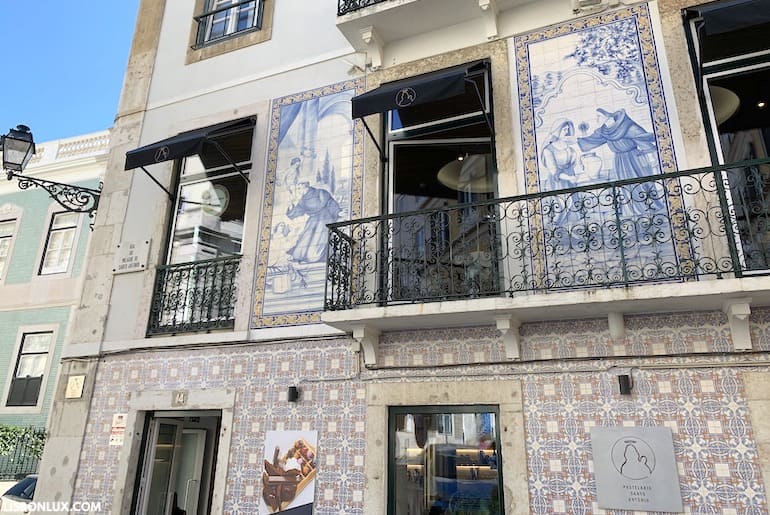 It’s in one of the most beautiful tile-covered buildings in Lisbon, on a street honoring St. Anthony, and it was named after the saint. It can be said that it was granted a miracle shortly after its inauguration -- it won the competition for best custard tart in Lisbon in 2019. 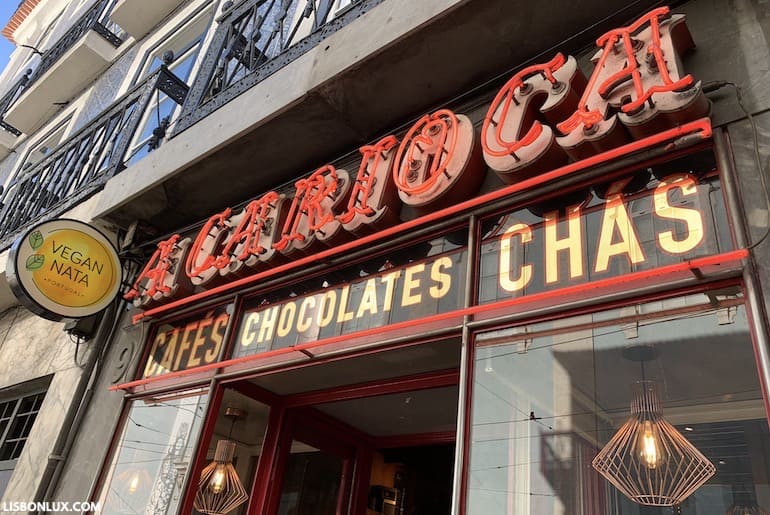 The first shop to offer only vegan custard tarts opened in the neighborhood of Campo de Ourique in early 2020, and months later it occupied a second spot -- the historic coffee store “A Carioca,” in the Chiado district. These tarts have less sugar than the traditional ones, and no ingredient is of animal origin. Coffee, hot chocolate and 100% organic teas can accompany the tarts at the shop, but many people choose to take a box with a dozen home. It also accepts orders for parties and other events.