The Top Chefs in Lisbon


More than ever, there are chefs innovating and reinterpreting national and international flavors in Lisbon. And there are also many more restaurants, for fine dining or more casual experiences. With or without Michelin stars, these are the most acclaimed chefs with restaurants in the Portuguese capital, in alphabetical order by first name. 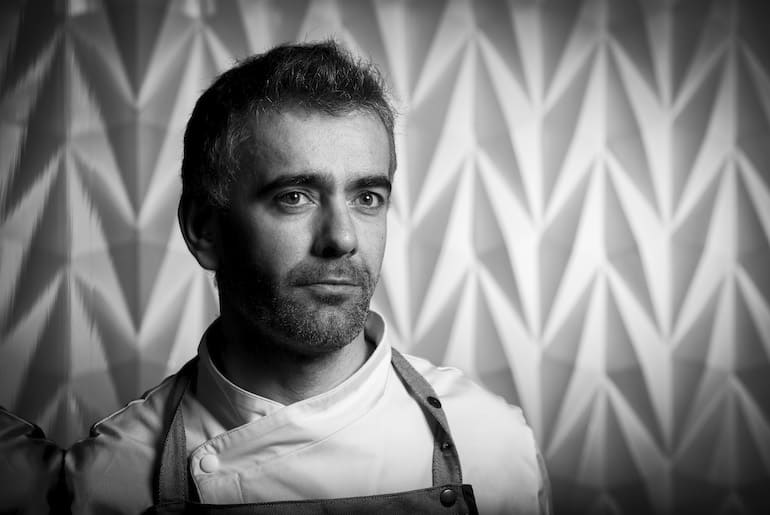 He was still quite young when he accepted the challenge of heading one of Lisbon's top restaurants, Bocca, which closed in 2012. He then became a familiar face due to his appearance on the Top Chef television show, and ended up at one of Lisbon's trendiest restaurants, Bica do Sapato (now closed). In 2015 he opened his own fine dining restaurant, Loco , and it's also possible to try some of his specialties at his stall in the Ribeira Market. 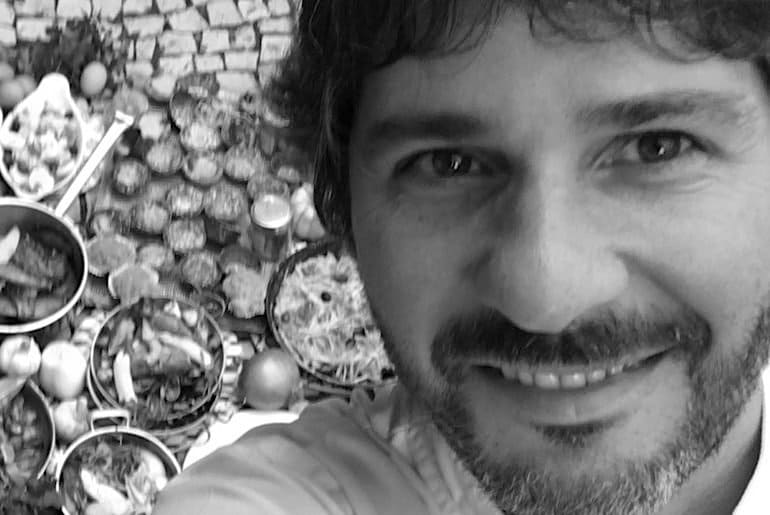 After perfecting his talent in New York, he worked at the acclaimed Bica do Sapato restaurant in Lisbon, and ended up earning the Young Chef of the Year award in 1998. His specialty is traditional Portuguese cuisine, cooked with not-so-traditional ingredients found in Portugal. Until early 2011 he was at Casa da Comida, then moved to Chapitô à Mesa, and since 2019 has his own restaurant, Taberna Albricoque . 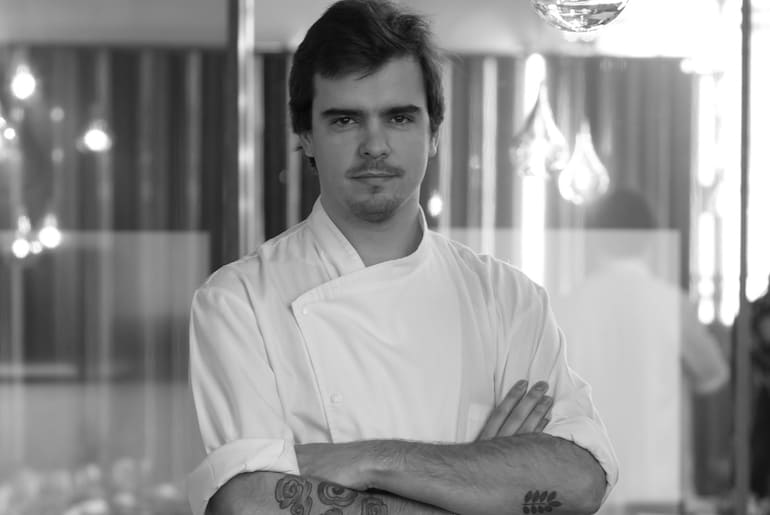 After training at the Natural Gourmet Institute for Health and Culinary Arts in New York, he remained in the Big Apple and interned at the 3-Michelin-star Per Se. He then moved to Barcelona, to another Michelin star ("Moo"), and eventually returned to Lisbon. In 2010 he was one of the first chefs at the now-closed Pedro e o Lobo, where he elevated Portuguese cuisine before moving to Casa de Pasto. In 2015 he opened a second restaurant, Rio Maravilha, and in 2016 he left both restaurants to concentrate on the all-fish menu of Pesca, which closed in 2020. 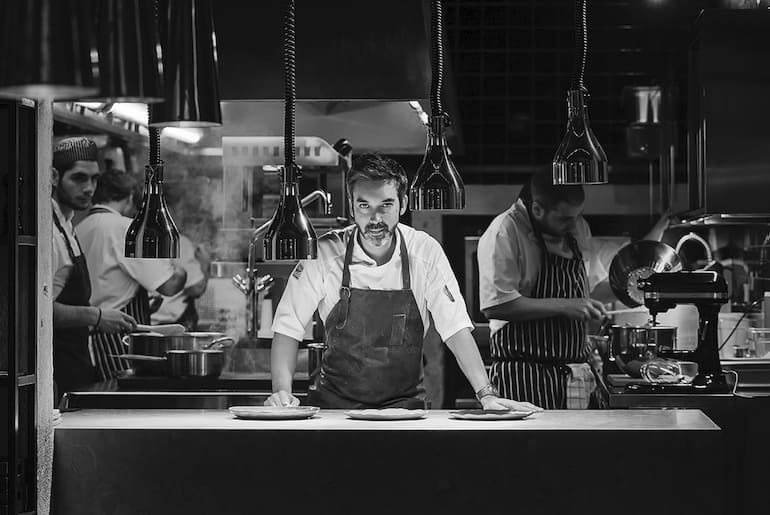 He's been called "Portugal's Jamie Oliver" due to his cooking show on national TV. He developed his talent and creativity in London, Sydney and the United States (at the Pennsylvania Institute of Culinary Arts), before returning to Lisbon in 2002 and working at Flores do Bairro. Distinguished as "Chef of the Year" in 2005, he opened his first restaurant in 2009, naming it Alma , which reopened at a new location, in Chiado, in 2015. He also has the more relaxed Cais da Pedra and a spot in the Ribeira Market. In 2017 he mixed Portuguese and Spanish cuisines at the Iberian Tapisco . 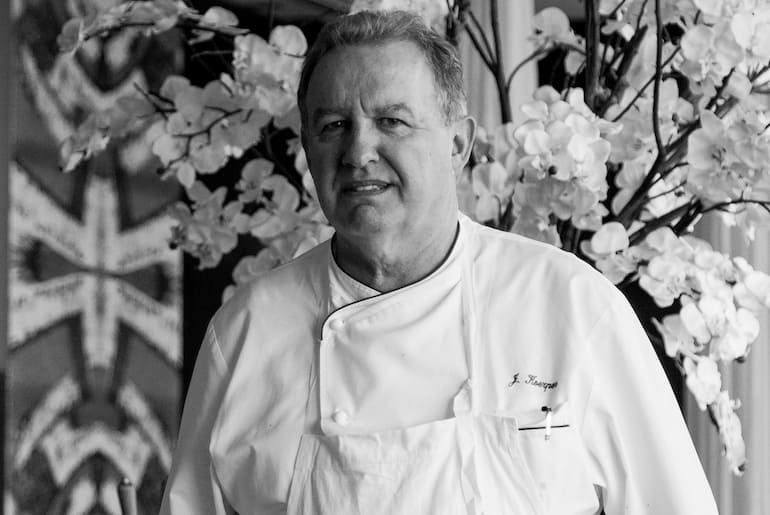 He's German but became a master of Mediterranean cuisine after marrying his Spanish wife and working at a 2-Michelin-starred restaurant in Spain. He has now moved to Lisbon's Eleven , which has also been awarded a Michelin star. His secret is choosing the right ingredients, using innovative techniques and creating beautiful presentations on the plate. 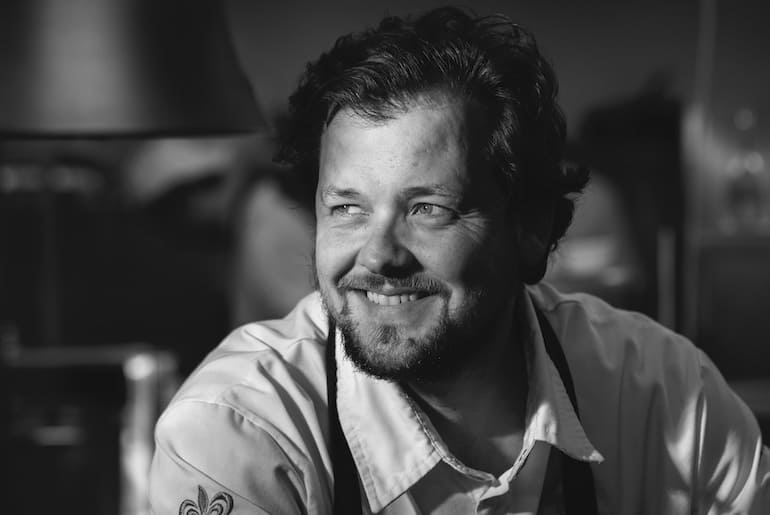 He spent some time at the restaurants of the Sheraton and Ritz hotels, as well as at Bica do Sapato, and won the "Chef of the Year" competition in 2007. Then ended up at Feitoria , where he was able to keep a Michelin star. He left that restaurant in 2022 to pursue other projects. His cuisine is based on Portuguese traditions, always using local products from small producers, but mixing a few Eastern influences. 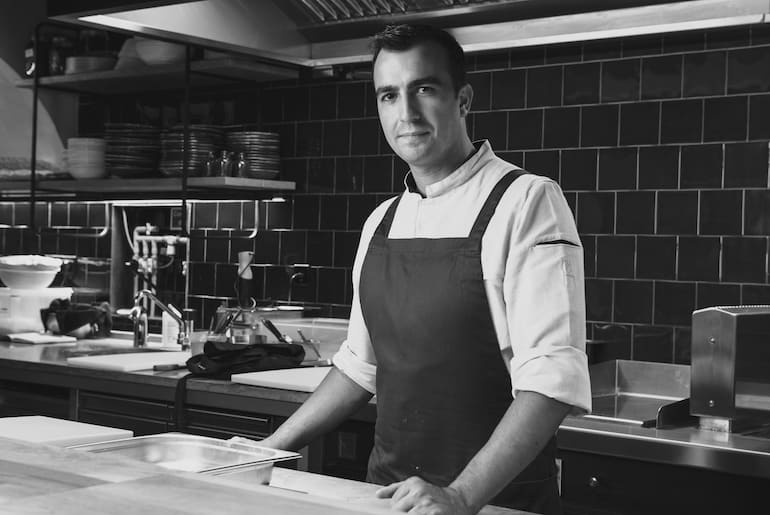 A graduate of Estoril’s school of tourism, João Sá took his first steps as a professional chef at Viridiana, a Michelin-starred restaurant in Madrid, then at the Sheraton Porto Hotel , and later as a sub-chef at one of the most acclaimed restaurants in Cascais. He ended up opening his own restaurant in Sintra, but is now in Lisbon, at Sála , where he focuses on Portuguese seasonal products in tasting menus. 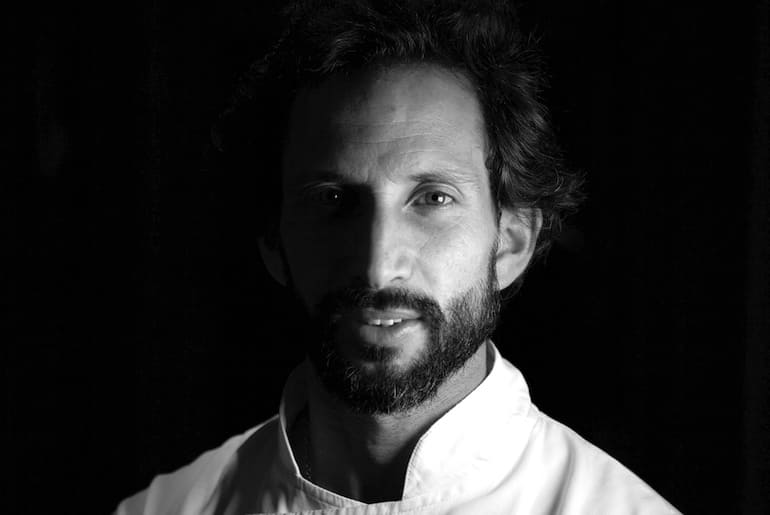 He's been passionate about the kitchen since a young age, leading to an internship at the world-famous El Bulli in Spain (several times named the world's best restaurant). After that he returned to Lisbon and eventually earned a Michelin star at the city's oldest restaurant, the palatial Tavares , where he prepared a creative contemporary Portuguese menu until 2011, when he left to open his own restaurants. He currently has several in the capital and in Porto, including the 2-Michelin-star Belcanto . 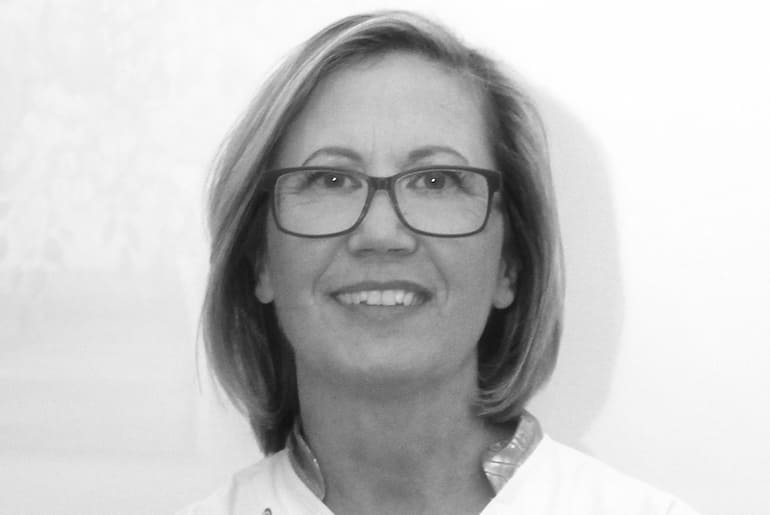 With a long career concentrating on traditional Portuguese cuisine, she became widely-known after her role as a judge in the Portuguese version of the Masterchef TV series. A cookbook with her recipes has been published, and her traditional flavors (especially the seafood) still leave many satisfied at her restaurant Nobre . 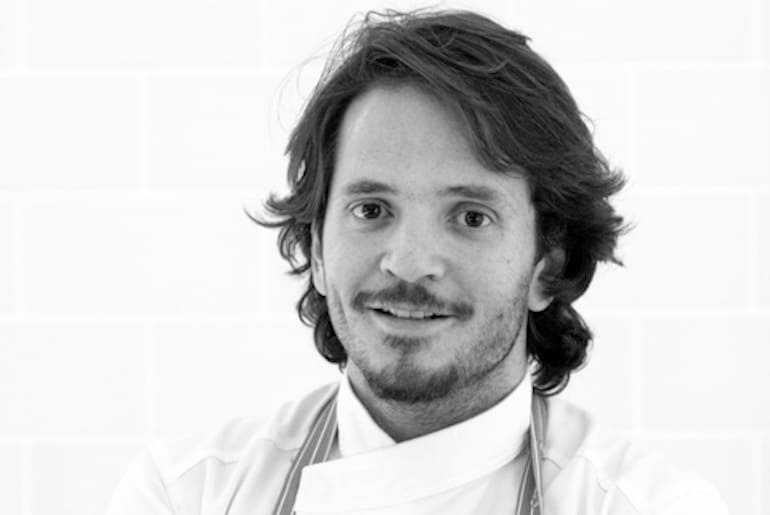 He studied at the Le Cordon Bleu cooking school in Paris and acquired experience at the famous British restaurant The Fat Duck (awarded three Michelin stars) and at Eleven in Lisbon. Then published a book and opened his first restaurant in 2013, O Talho , which specializes in meat. He then participated in the TV show Chefs' Academy, and in late 2014 opened a new spot, A Cevicheria , this time to develop new ways of eating fish. 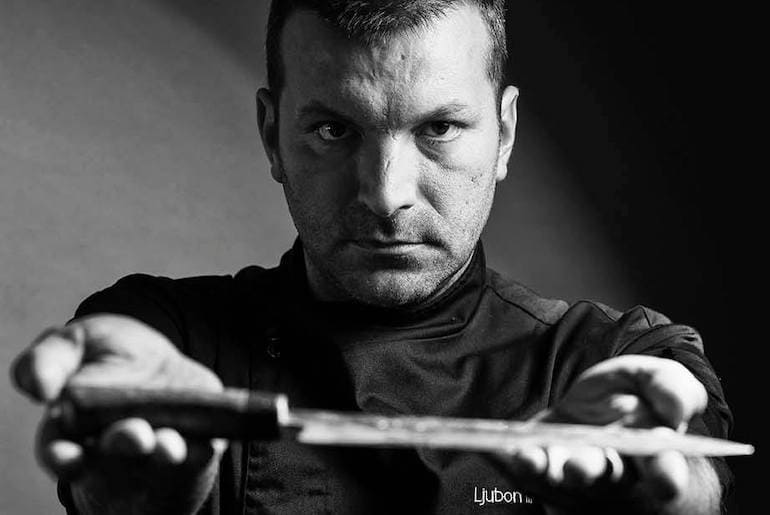 He was born in Bosnia but became a chef in Portugal, developing his creative cuisine in Cascais before moving to Lisbon. To make sure that all of the ingredients used in his restaurant 100 Maneiras are always fresh, he makes daily visits to the Ribeira Market. He then lets his imagination be the guide, coming up with dishes that are often presented artistically. He also has a second restaurant, Bistro 100 Maneiras . 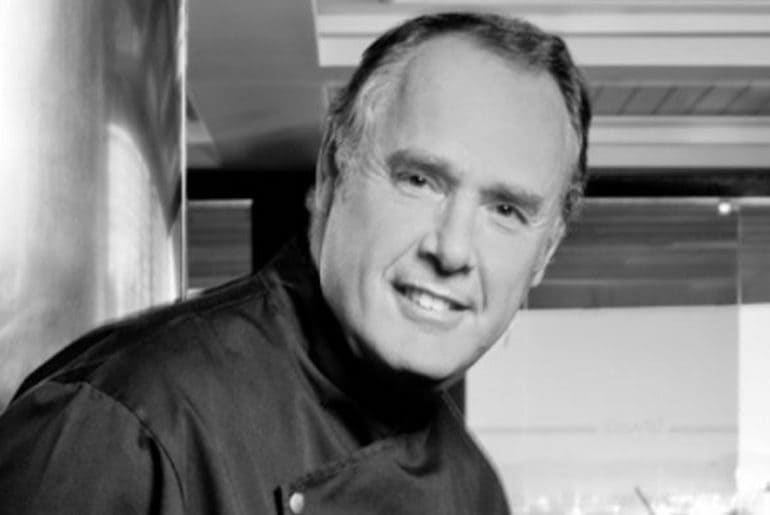 He trained with some of the world's top chefs, such as Paul Bocuse, and has had experience in the four corners of the globe (from Belgium to the United States, to Hong Kong). But he always ended up in Lisbon, publishing a book and showing off his talent at the restaurant of Tivoli Avenida Liberdade . In 2009 he opened his own spot with his creative and provocative cuisine, the Manifesto restaurant which he closed in 2012 to move to London. That's where he remained for four years, at the Notting Hill Kitchen restaurant, before returning to Lisbon, where he is now responsible for the menu of the Mesa do Bairro restaurant. 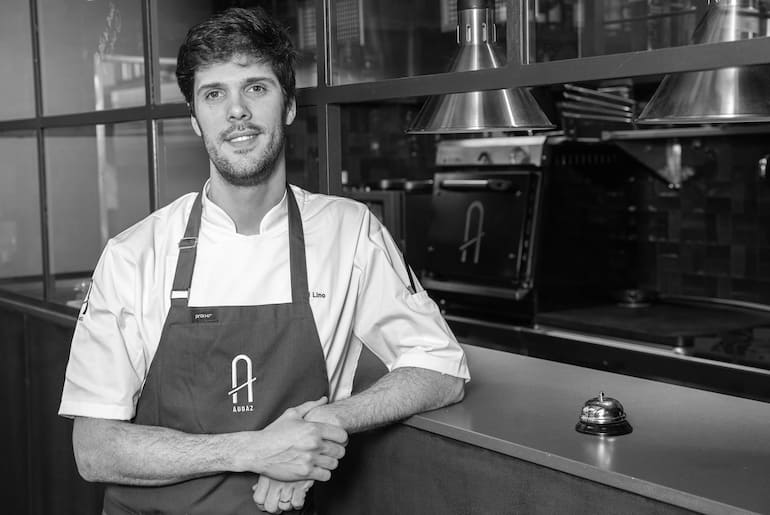 He spent five years in Spain, with experiences at the Celler de Can Roca restaurant (three Michelin stars) and at Mugaritz (two stars), and upon returning to Portugal ended up being asked to head the restaurant of the BessaHotel Liberdade . He then continued to refine his most avant-garde techniques, without forgetting the simplicity of the more traditional products and flavors, at his restaurant Audaz Gastropub . 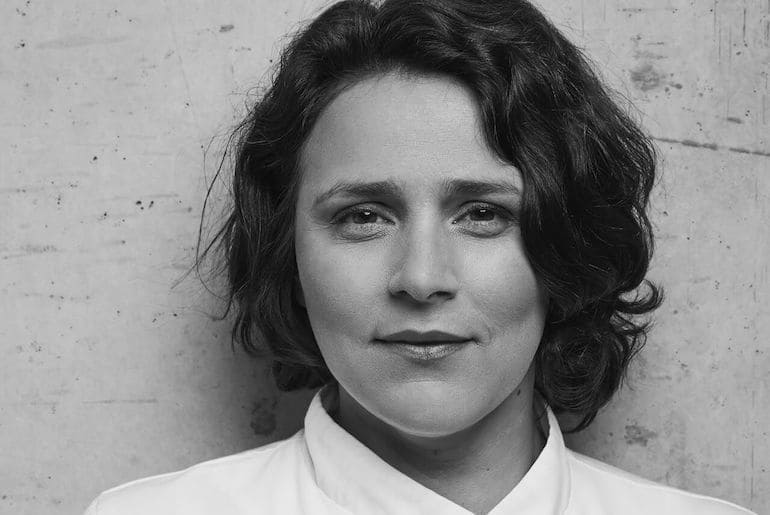 She started working at a hotel in the north of the country, then spent two years in a Portuguese restaurant in New York, and on her return to Portugal was hired at the restaurant of a 5-star hotel. In 2009 she participated in the Chef of the Year contest, and opened her first restaurant, of Portuguese cuisine (the acclaimed “Avenue” on Avenida da Liberdade), which closed three years later, when her daughter was born. She spent some time away from the kitchen, but published a cookbook, and is currently at two restaurants facing Lisbon's Cruise Terminal -- Zunzum and Marlene, . 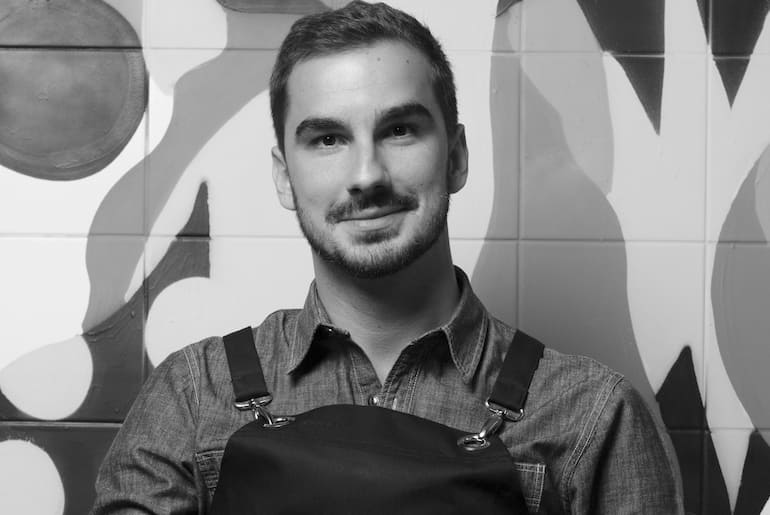 He began at the Ritz , then spent some time at Eleven and also at Moo in Barcelona, two restaurants with a Michelin star. Then became one of the chefs to inaugurate Pedro e o Lobo, considered one of Lisbon’s top restaurants, but that ended up closing in 2012. He then decided to take a risk and open his own restaurants -- Duplex with a more creative cuisine and the pizzeria La Puttana. At the moment he's no longer part of those two projects, and is found at É Um Restaurante . 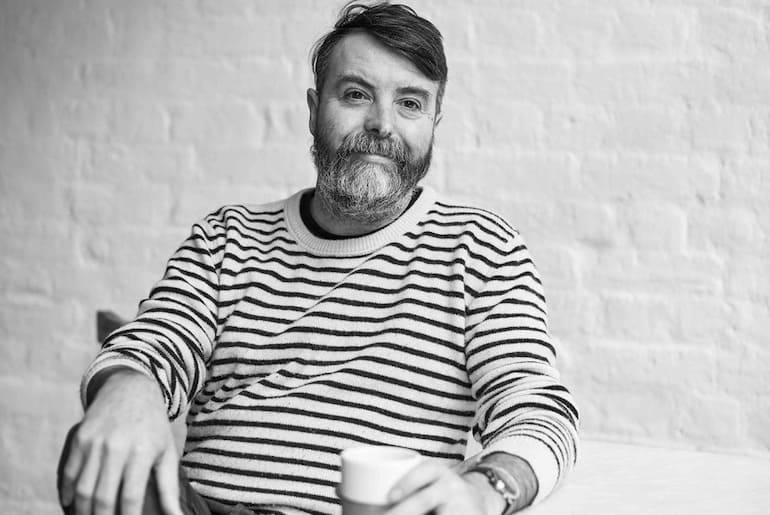 Born in Lisbon, he studied to become a chef in San Francisco (at the California Culinary Academy), gained experience in Japan and with chefs like Jean-Georges Vongerichten and Ferran Adrià, and ended up being considered one of the best chefs in the UK, after moving to London in 2006 and opening his Michelin-starred restaurant Viajante. In 2019 he returned to his homeland, and is now responsible for the BAHR restaurant at the top of the Bairro Alto Hotel . Despite the global influences, his cuisine is based on the traditions of the various parts of Portugal, from the Alentejo to the Azores. 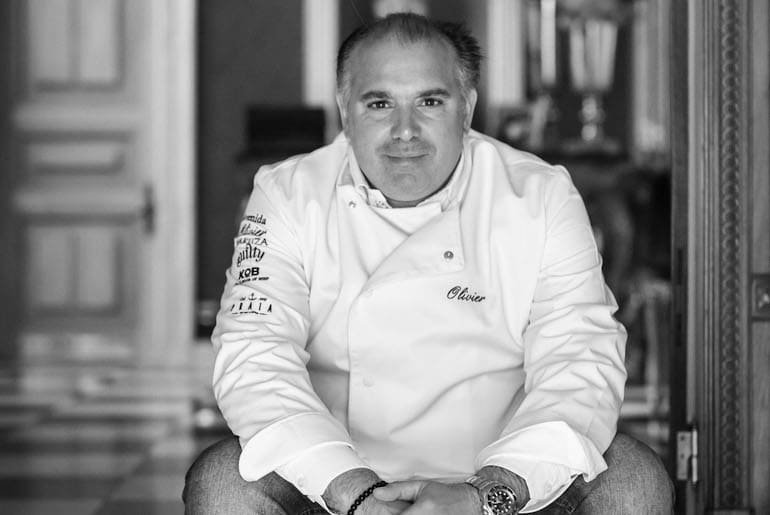 Known for experimenting with Mediterranean flavors and for creating new concepts, Olivier's success is due to focusing on the ingredients and to his own interpretations of international trends. He's one of the most successful restaurateurs in town, now having several restaurants. They all have a "by Olivier" seal -- K.O.B. , Yakuza Lisboa , Guilty and Seen . He has published a book, celebrating his first decade in the business. 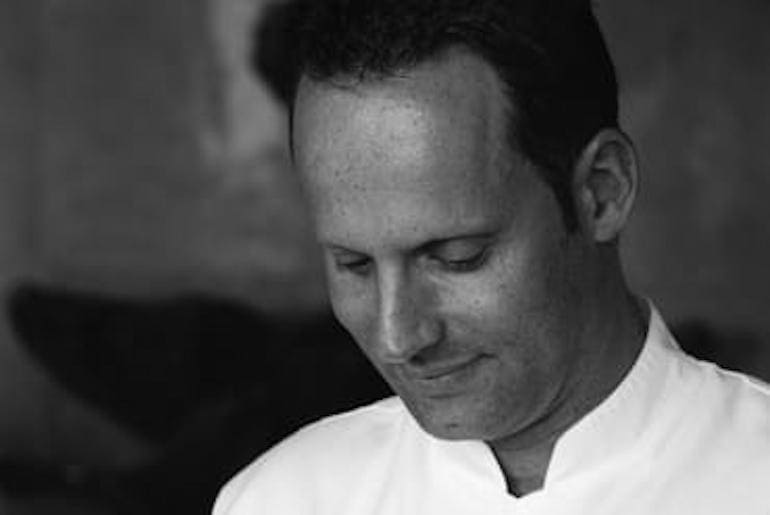 After professional courses at Alain Ducasse's school in Paris and at The Culinary Institute of America, he spent some time at award-winning restaurants in France and opened his own restaurant in Canada. Took over Varanda, at the Ritz in 2009, after a vast experience at other restaurants of the Four Seasons chain in Geneva and Montreal. He recreates classics of French cuisine, giving them an international flair. 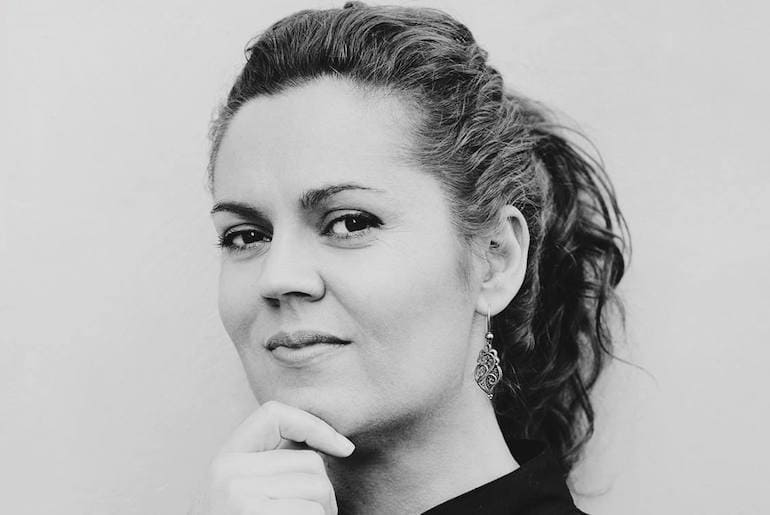 She started cooking with her grandmother in the Algarve, and it was at the family restaurant by the beach that she worked for four years before moving to Lisbon. Her first petiscos (Portuguese tapas) restaurant in the capital opened in 2008, and the immediate success led to the opening of another. Today she focuses on the popular Pharmácia restaurant and on her stall in the Ribeira Market. She's an advocate of traditional Portuguese cuisine for contemporary tastes, and has become a familiar face after her role as a judge on the Portuguese edition of the TV series Top Chef. 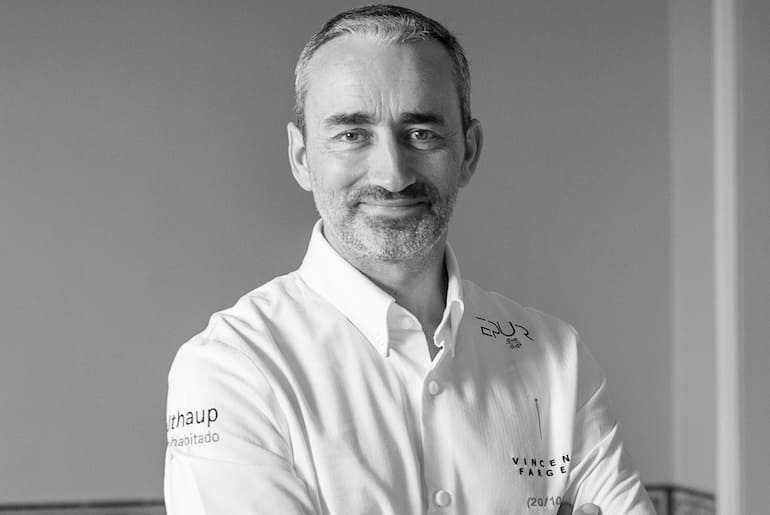 This French chef worked in Thailand, the United States, Macau, Greece and Morocco, before moving to Portugal in 2005 and entering Fortaleza do Guincho in Cascais, where he was awarded a Michelin star. A decade later, he moved to a luxury resort in Barbados, but is now back in Portugal, this time in Lisbon, where he opened Epur and also received the Michelin star. He uses the techniques of French haute cuisine, but also reveals Portuguese and Asian inspirations. 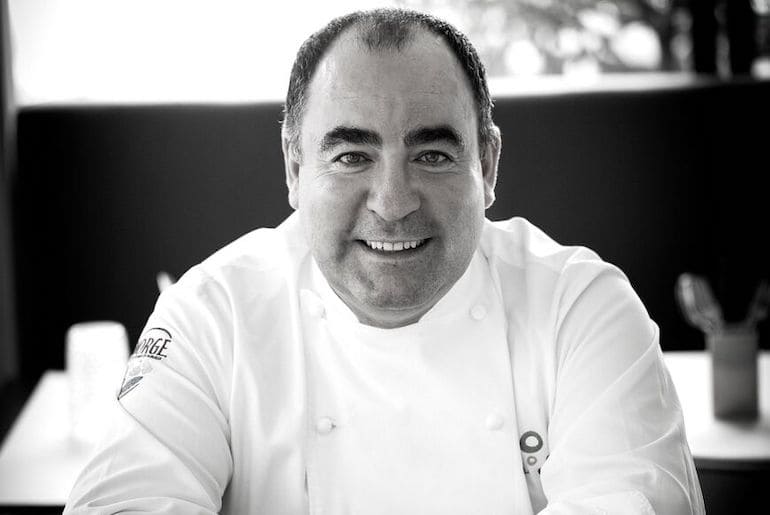 This multiple-award-winning chef prizes Portuguese cuisine, which he rejuvenates with his personal style. His innovation was first introduced to Lisbon at a couple of the city's best restaurants, and he now has his own spot, the restaurant Tasca da Esquina . His philosophy is presenting quality cuisine at affordable prices, in sophisticated yet laid-back spaces.