Where to eat on Avenidas Novas, including around Saldanha and Avenida de Roma 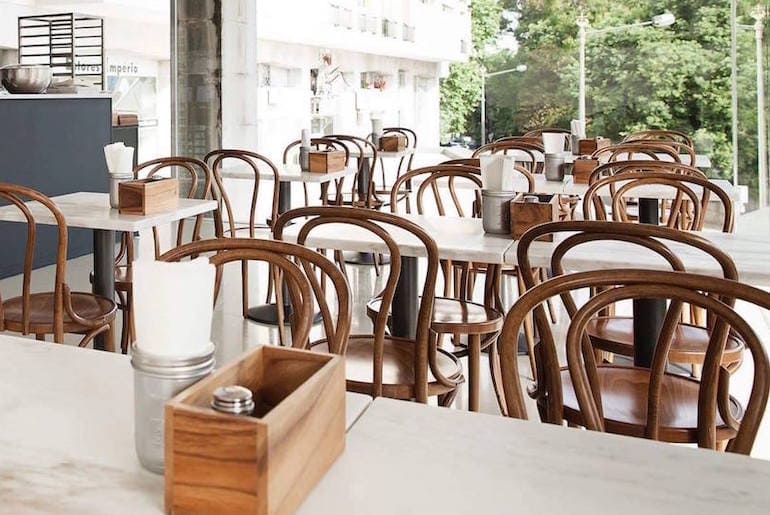 Found next to the Calouste Gulbenkian Museum , this burger restaurant offers traditional American burgers and some delicious milkshakes. Everything is served in a modern interior with plenty of natural light, and there’s always something new to try -- the "burger of the month." The certified meat is 100% Black Angus, an imported quality breed from the United States. For vegetarians there’s an option made with chickpeas and soy.
The French fries are prepared in garlic and rosemary, and the bread is baked at least twice a day in the in-house oven. That is, everything is artisanal and made with fresh ingredients. To wash it all down, there’s a huge selection of craft Portuguese and foreign beers. 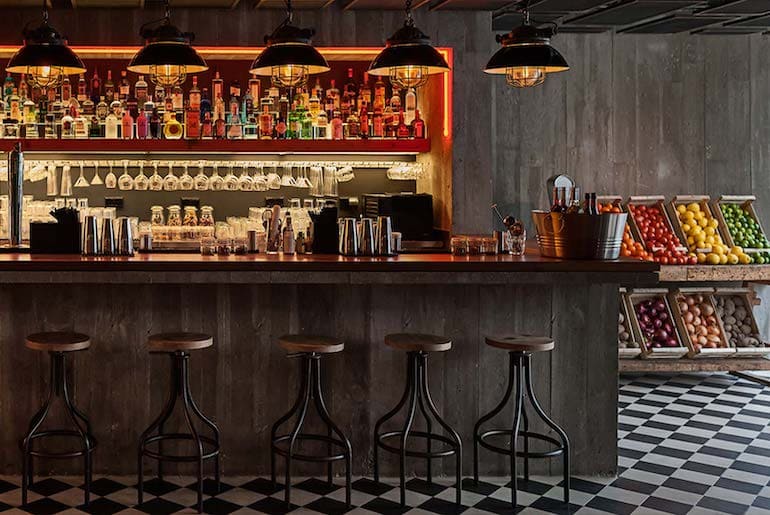 This is one of the best-known burger joints in the city, with several branches in different neighborhoods. It presents its menu on a chalkboard on the wall, and has a very relaxed atmosphere. To accompany the over a dozen burgers available, there are home-style fries, lemonade and gin. 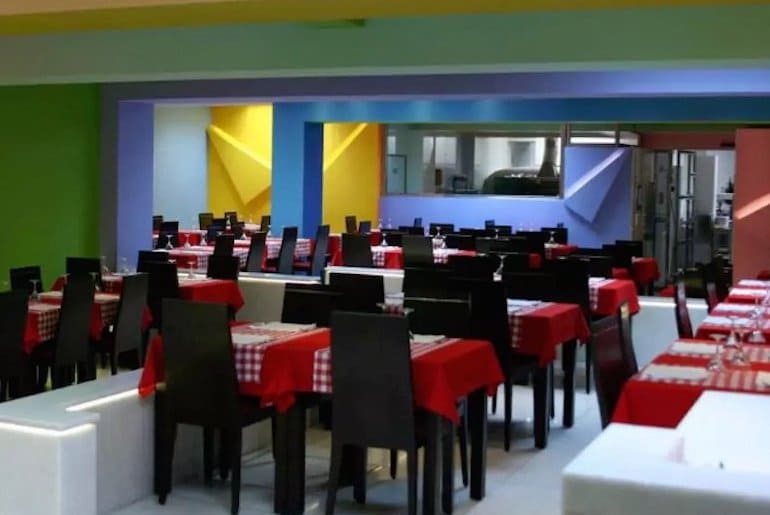 When Lucca became one of Lisbon's most popular pizzerias (see below), it had to open a second spot. It was named La Finestra, and the selected location isn’t very far. The same thin-crust pizzas are served here, in a very welcoming, colorful and relaxed dining area (where you're actually allowed to smoke) and on a terrace outside. 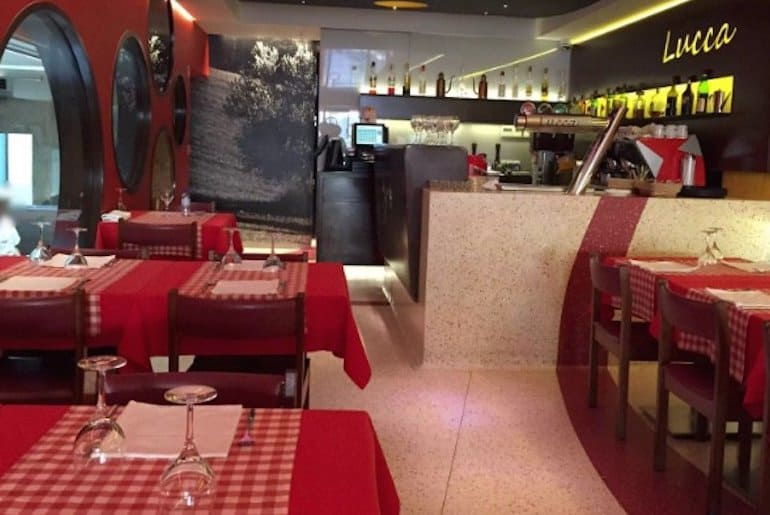 Lucca's specialty is a thin-crust pizza that many in Lisbon go out of their way to enjoy. The owner learned how to make the perfect pizza when he worked at a family restaurant in Rome, kneading dough to perfection and adding just the right amount of olive oil. The result is some of Lisbon's best pizzas, with a variety of choices presented on a long list, in a casual space just steps from the busy Avenida de Roma. Be prepared to wait a while for a table, even at lunch time on weekdays. 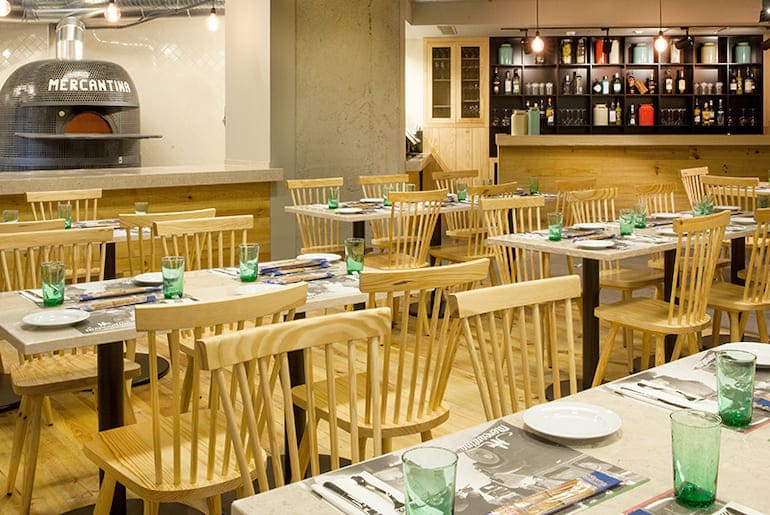 It opened in 2013, and soon its wood-oven pizzas were certified by the "Associazione Verace Pizza Napoletana", meaning the city of Naples recognizes it as a place for “real Neapolitan pizzas.” It uses fresh ingredients, some imported from Naples, and there are also other Italian specialties. 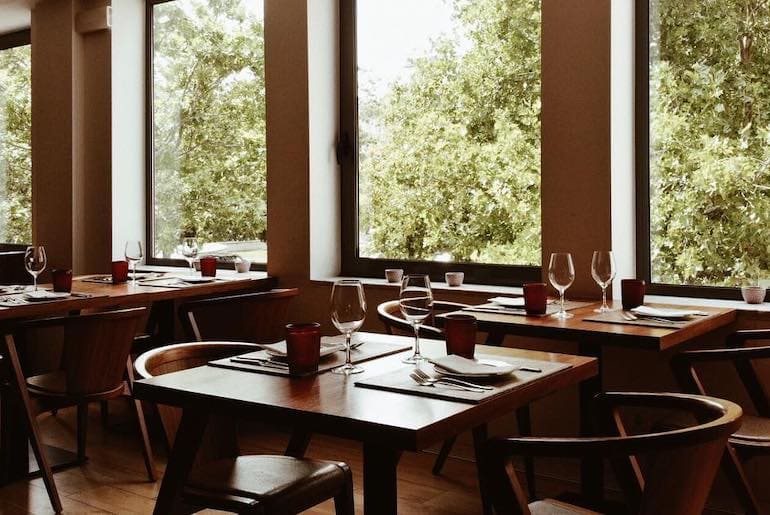 After four years in London, acclaimed chef Luis Baena returned to Lisbon and decided to get together with three partners to open this restaurant in the old Arco do Cego market, not far from the Campo Pequeno arena and the Culturgest complex. He chose to offer traditional cuisine from different parts of Portugal together with a wide selection of wines, in a relaxed atmosphere both in the dining room and at the terrace above.
On the ground floor is also a wine shop, where you may select wines to take home or to accompany your meal at the restaurant. 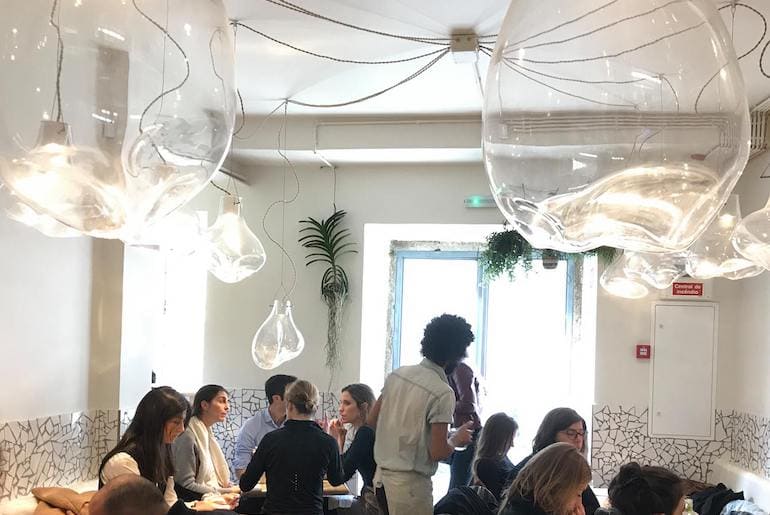 It doesn’t serve dinners, but opens early in the morning for vegan meals throughout the daytime hours. Whenever possible, it uses organic ingredients. The interior is small, but there are more tables outside. It’s worth ending each meal with one of the delicious desserts, which change daily. 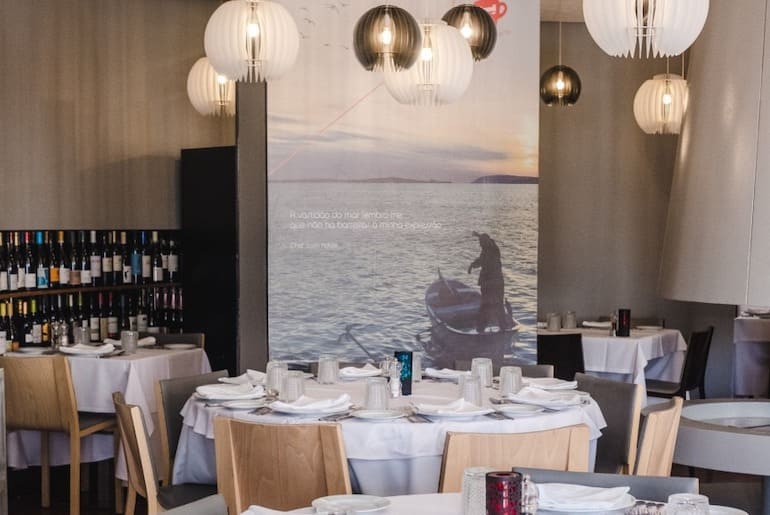 Chef Justa Nobre is known for her traditional Portuguese cuisine and has made this restaurant located behind the Campo Pequeno arena one of the most popular in the area. Its specialties include crab soup as an appetizer, fish and game dishes. 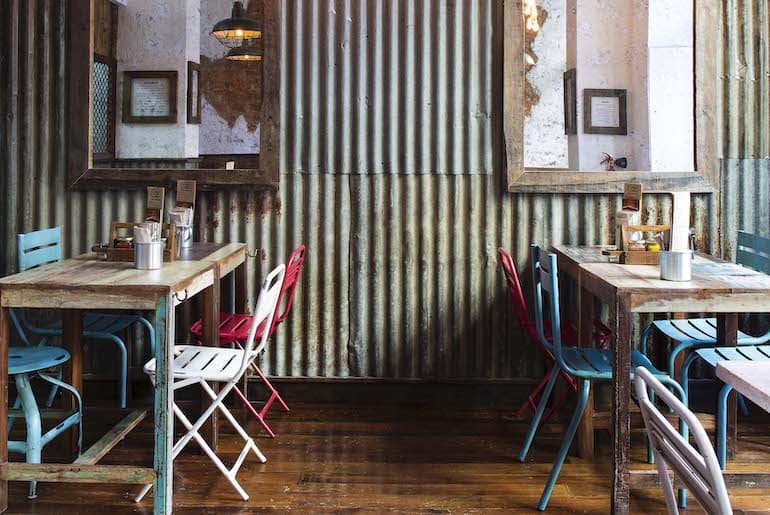 After "pregos" (steak sandwiches) became a traditional way to end a meal at Sea Me, the owners of that restaurant decided to open another, almost exclusively dedicated to that specialty. That's how "O Prego da Peixaria" was born, and in addition to the pregos there are fish burgers (tuna, cod, salmon or shrimp) and a veggie option, served in carob bread. They're all accompanied by fries, in a space with an industrial décor made of recycled wood and steel materials. 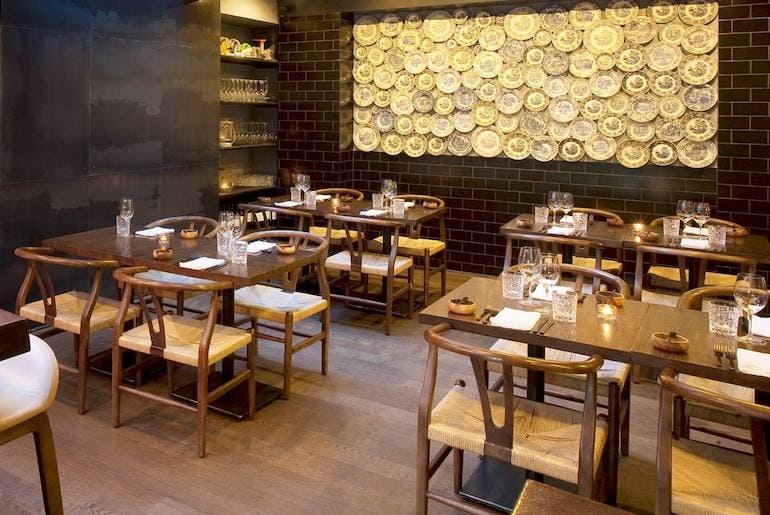 This spot is entirely devoted to meat, which is sold at the butcher shop and cooked to enjoy at the restaurant. It’s therefore a 2-in-1, a "laboratory kitchen" where acclaimed chef Kiko tries to find new ways to enjoy meat.
At the shop are perfectly-cut certified meats, some ready for simple meals to be prepared at home. Everything that’s available at the shop can also be served at the restaurant, an elegant space decorated with old dishes and bottles on the walls. 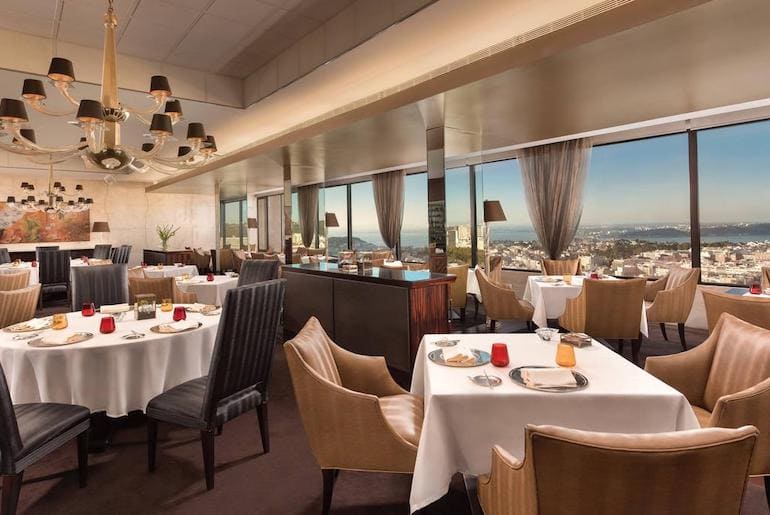 Found on the 26th floor of the Sheraton Hotel, this restaurant offers one of the best bird's-eye views over Lisbon. It also serves some of the city's best food, and there is an excellent selection of wines. In the kitchen there have always been some of the city's top chefs, guaranteeing that while menus change, the excellence is maintained. 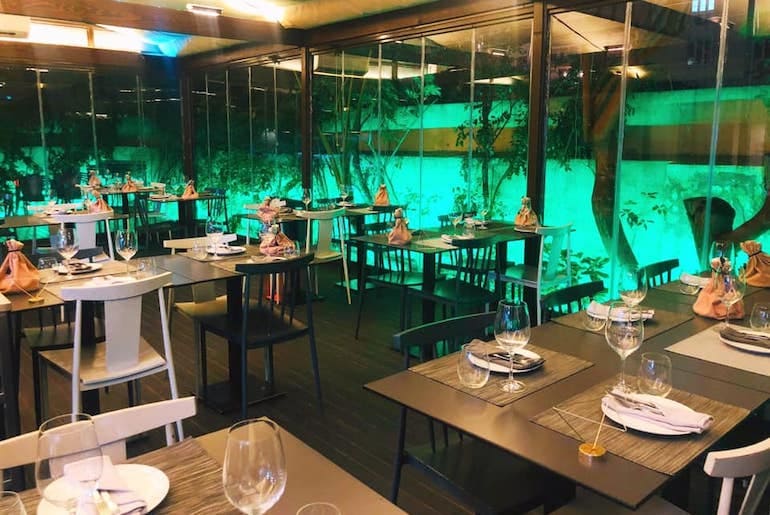 This restaurant is inspired by the Azores, which is the origin of much of the fish that it serves (including in the “authentic Azorean soup,” which is one of the starters). It’s possible to choose the fish directly from a display and have it prepared according to your tastes. There are two meat options, but the rest of the menu is made up of fish, served in different ways, including as sushi and sashimi. 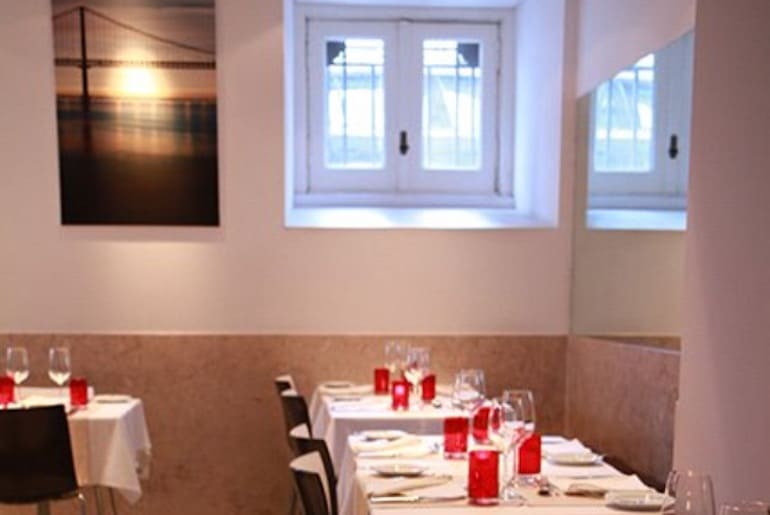 Located inside a beautiful building that won the local architecture prize, this restaurant offers Portuguese cuisine with modern twists. The minimalist interior can get crowded at lunchtime, when it has daily specials. 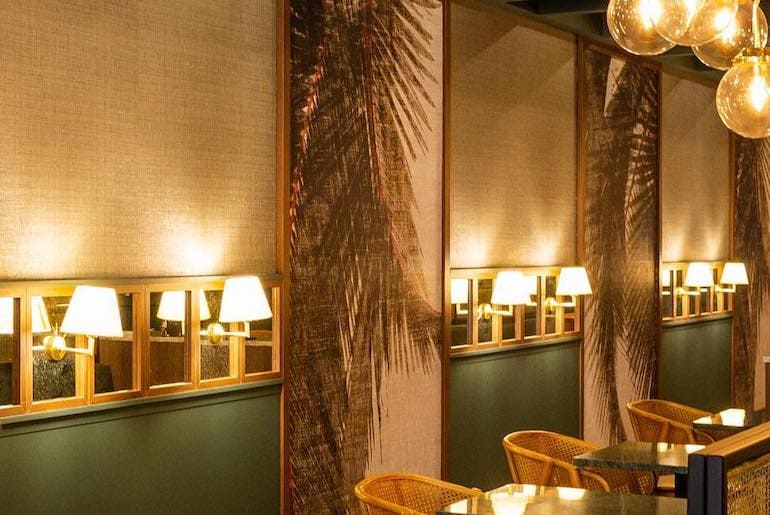 This 100% plant-based restaurant is arguably the most attractive for non-carnivores. It has a small, classy interior which includes a bar mixing cocktails and mocktails that may or may not accompany the meals. The regular menu lists around a dozen main dishes inspired by world cuisines, but there are also dishes of the day.