The 10 Most Beautiful Palaces in Lisbon


Numerous royal palaces and noble mansions were built in Lisbon and surroundings over the centuries. The king's official residence was once the Castle of St. George , but it later moved to Ribeira Palace which was destroyed in the 1755 earthquake. The royal residences after that were built away from the center, as is the case of Ajuda Palace and those in Sintra , which look like real fairy tales.
Those who like to go back in time, or who appreciate architecture and local history, should look for these beautiful palaces when visiting Lisbon. Many of them are reminders of a time when Portugal’s was the world’s richest royal family, although the earthquake and Napoleon depleted many interiors of their treasures. 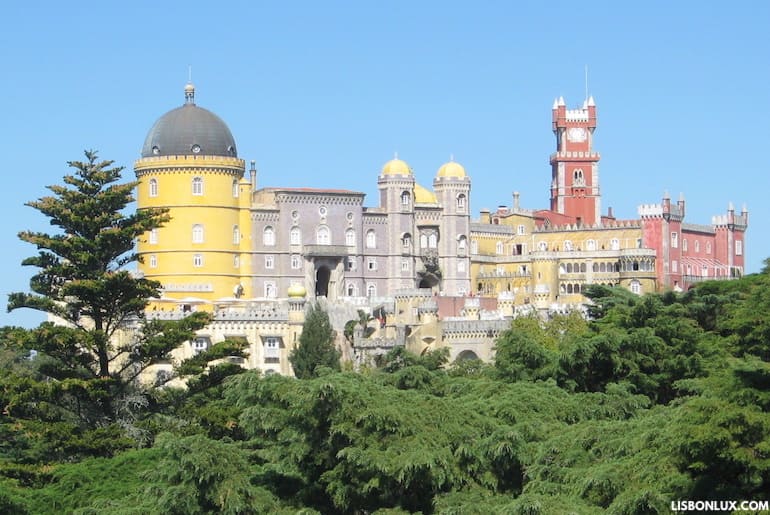 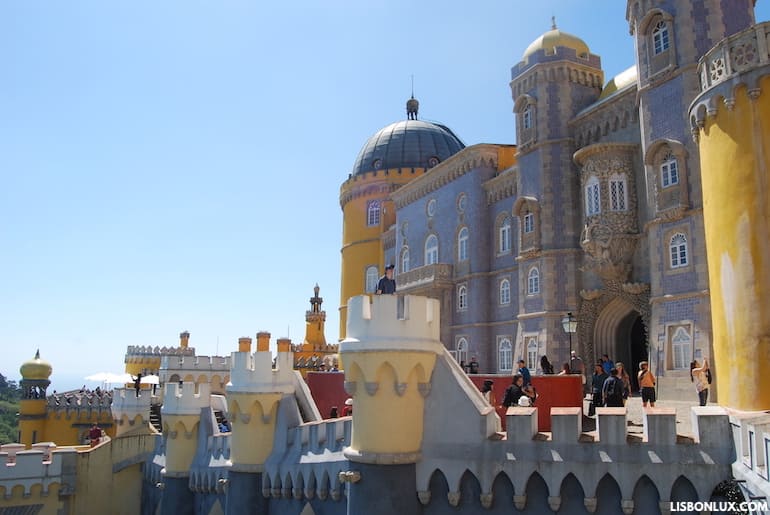 Before the great Bavarian fantasy that is Neuschwanstein, there was fairytale Pena just outside Lisbon. It was a dream-come-true for the king, found up on a hill in Sintra, mixing several architectural styles which make it one of Europe’s finest Romantic constructions. 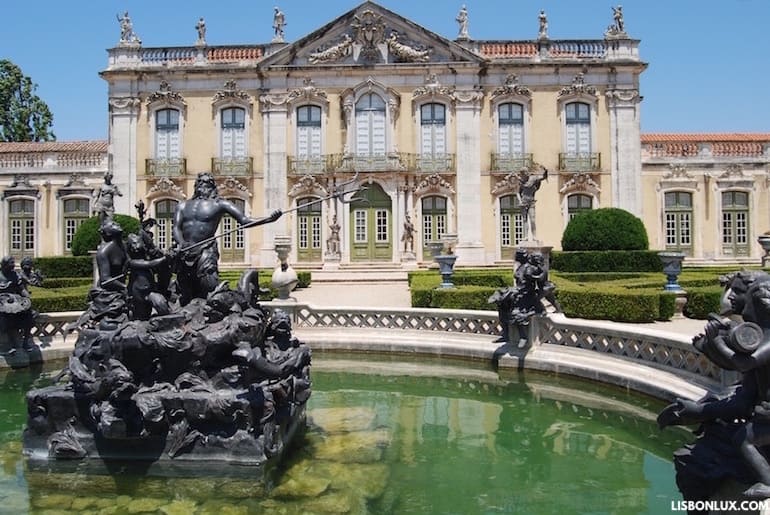 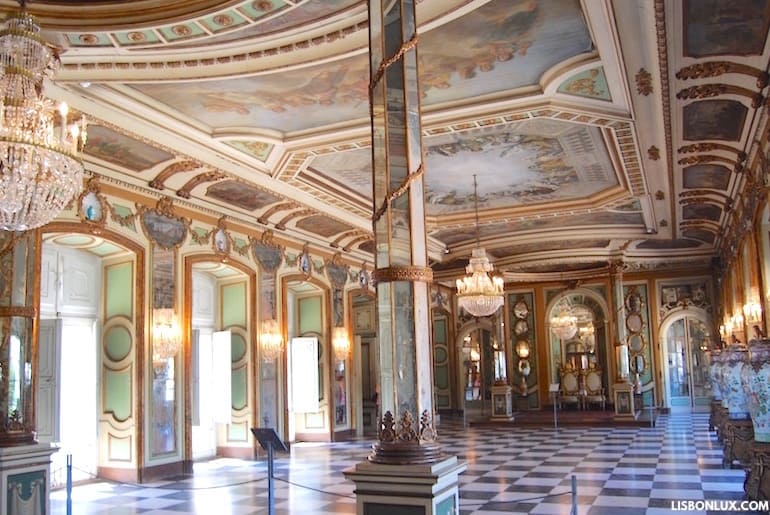 Inspired by France’s Versailles, the Portuguese royal family built this beautiful rococo palace in Queluz as a summer home but it eventually became the official residence. The interior is splendid, but it’s best known for the gardens dotted with mythological statues and fountains. 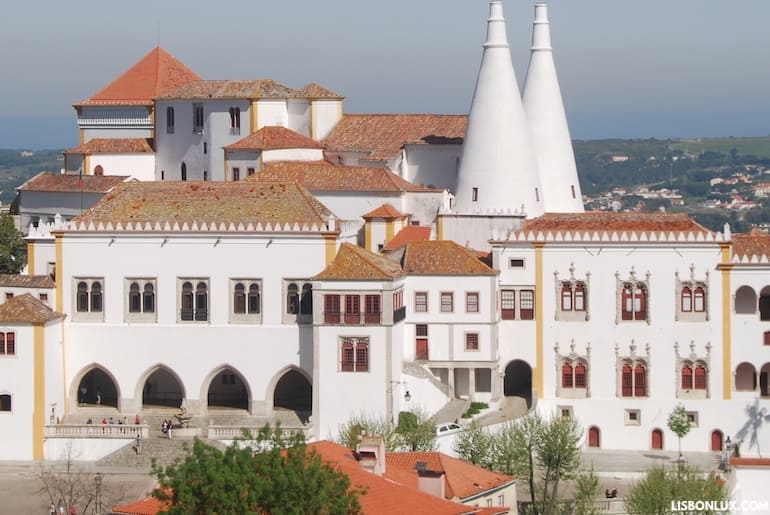 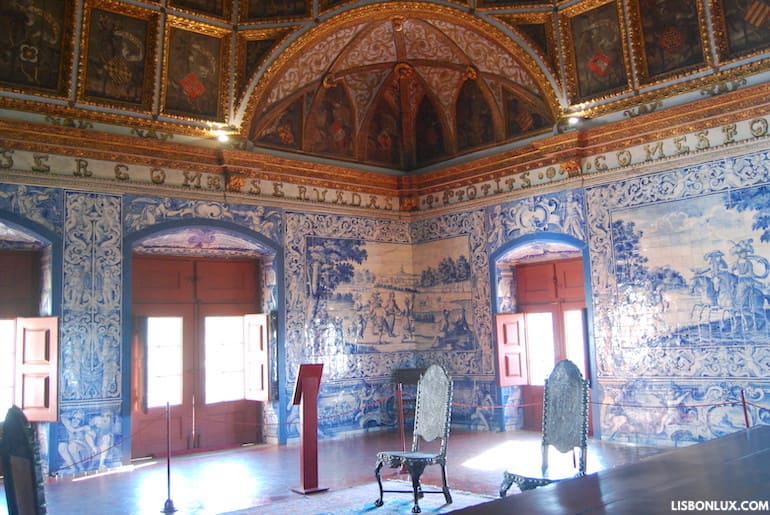 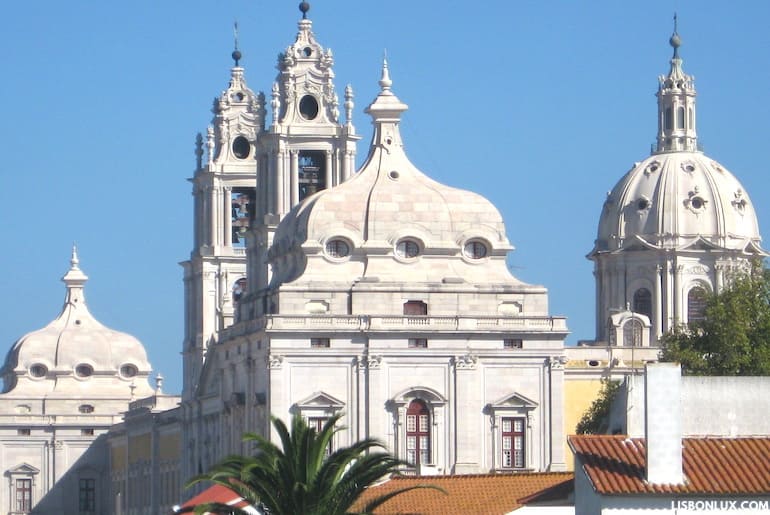 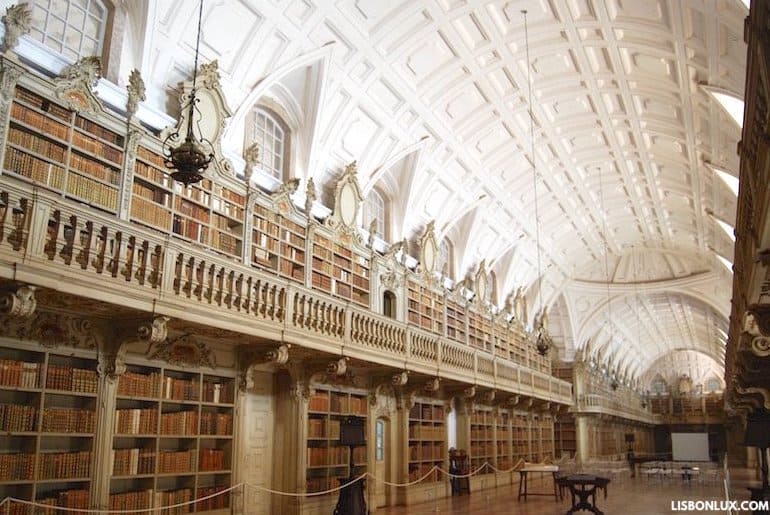 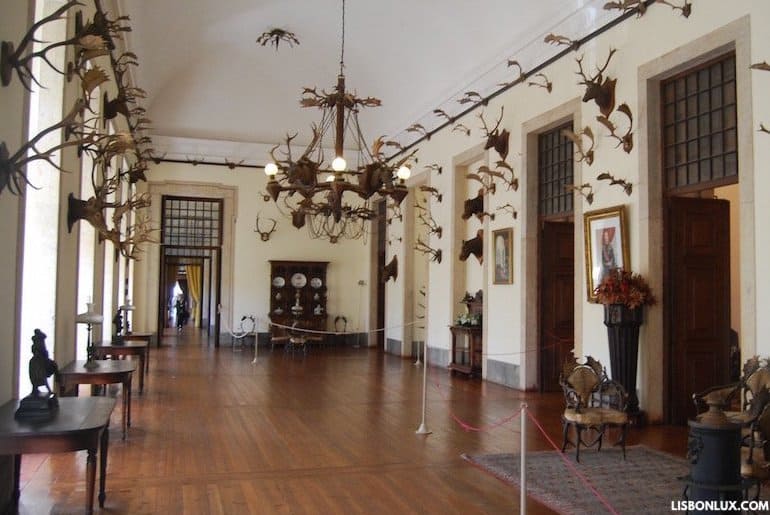 It's one of the world’s biggest palaces, and its construction almost bankrupted the nation at a time when there was no IMF to bail a country out of debt. The gold found in Brazil paid for everything, a grandiose baroque building that doubled as a convent and royal palace. The story of its construction is the background of the classic “Baltasar and Blimunda” by Portugal’s Nobel Prize author José Saramago. 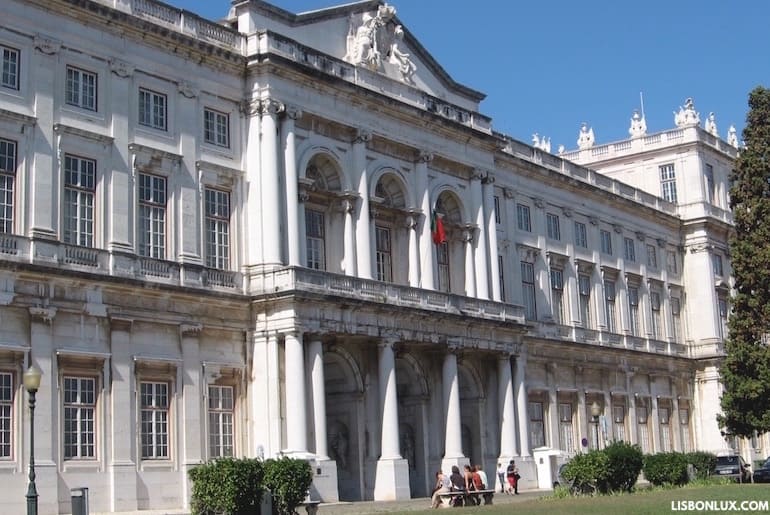 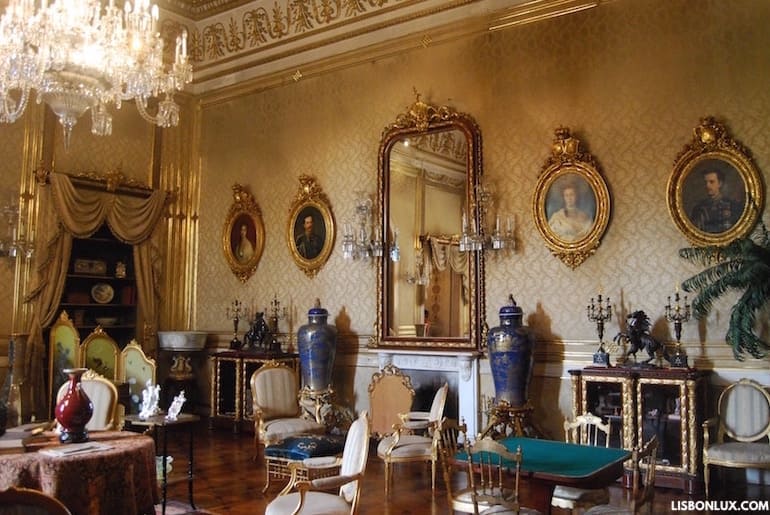 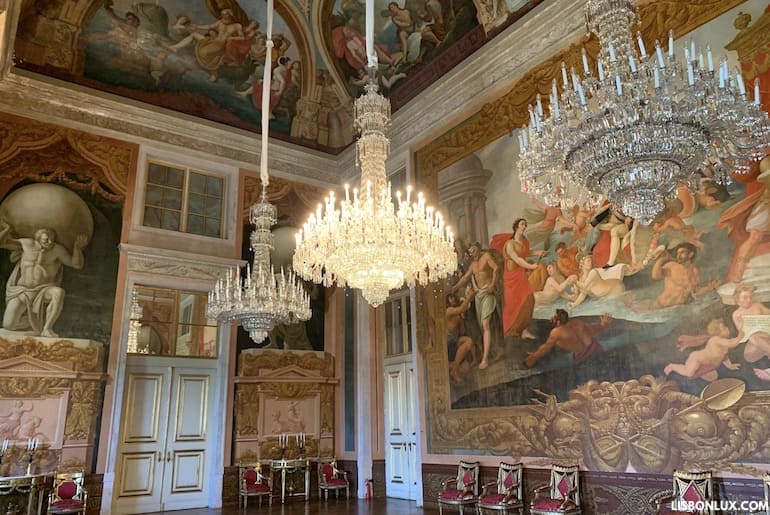 Because most of downtown Lisbon was destroyed in the earthquake of 1755, the royal family decided to build their new home on the hill of Ajuda, which escaped the destruction. For this safer location, there were plans for one of the world’s biggest palaces, with gardens cascading down the hill all the way to the river. With the French invasion in the 19th century and the end of monarchy a few decades later, only about one fifth of the original plan was built, but it’s still quite a large palace, with the royal collection of decorative art. 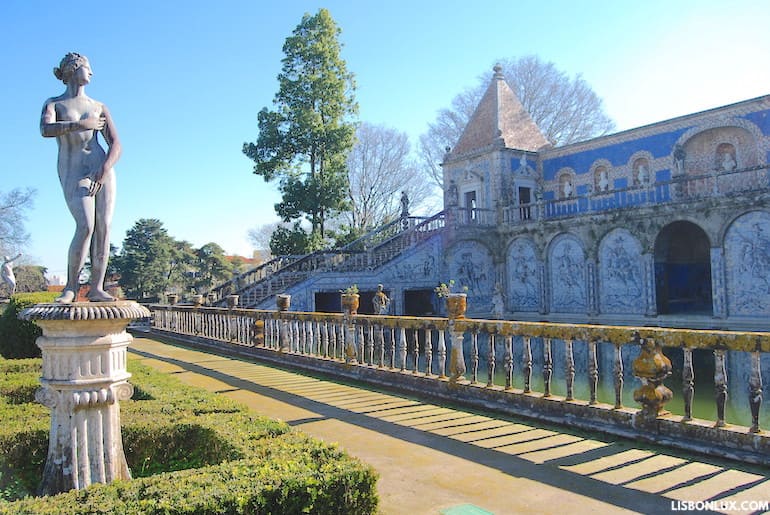 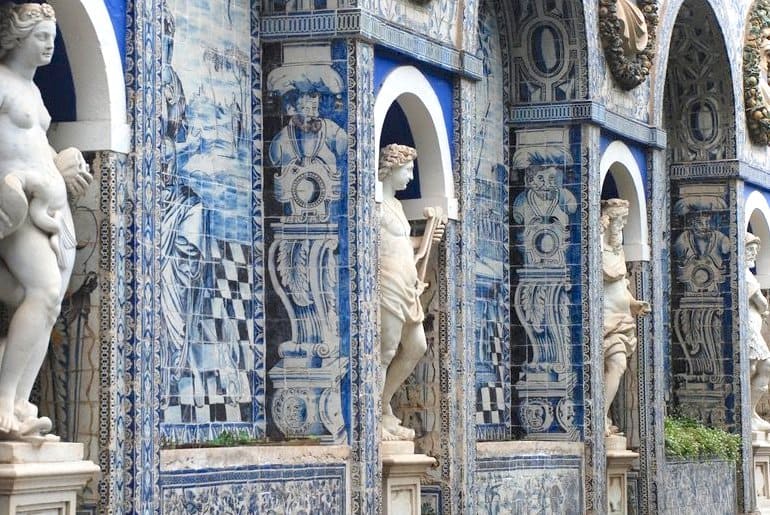 Fronteira Palace is the residence of a noble family built in the 1600's, in what was Lisbon’s surrounding countryside. It's an area that now looks more like a suburb, but this palace is a real treasure to be discovered, especially because it presents one of the world’s richest tile collections. A guided tour brings everything to life, including the magnificent gardens. 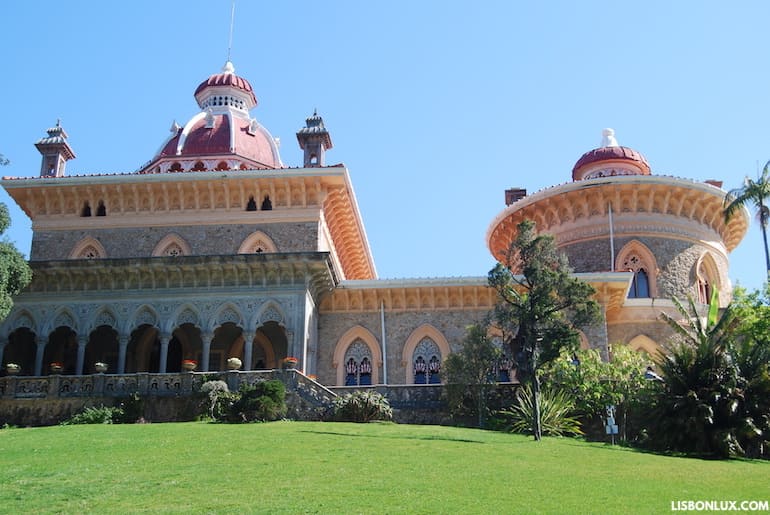 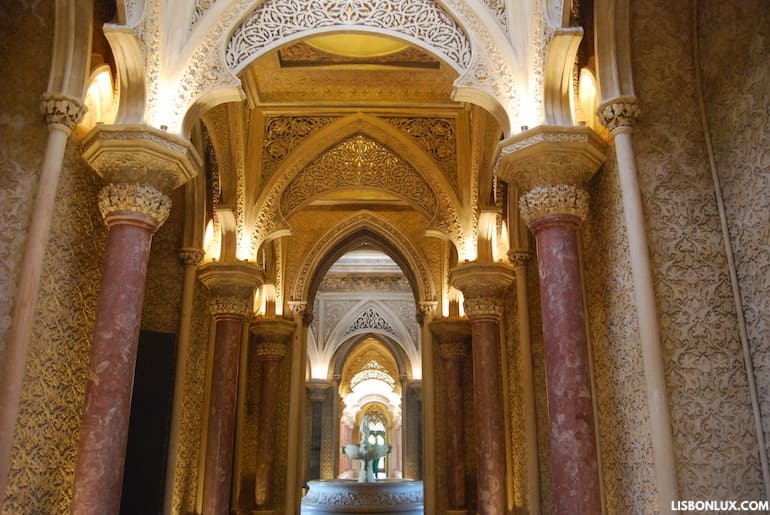 Monserrate Palace is one of Portugal’s most exotic buildings, a palace owned by several millionaires throughout time, including English novelist William Beckford. Mixing several architectural styles, it's surrounded by a magnificent botanical garden, and its interior has been carefully restored. 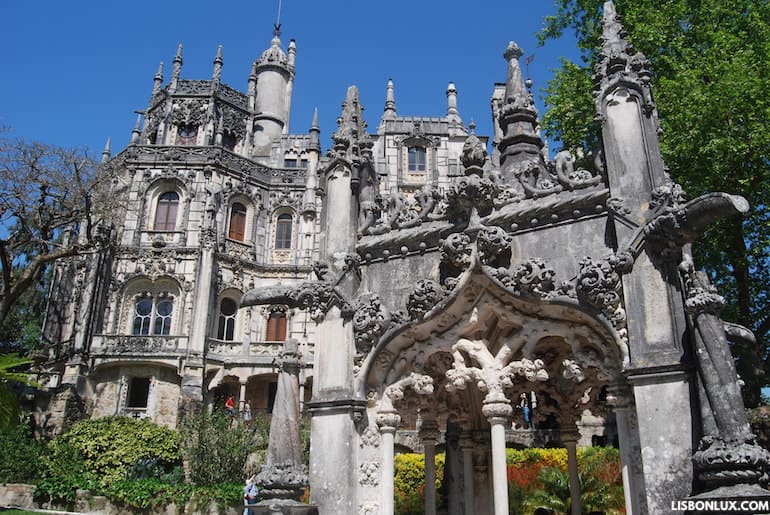 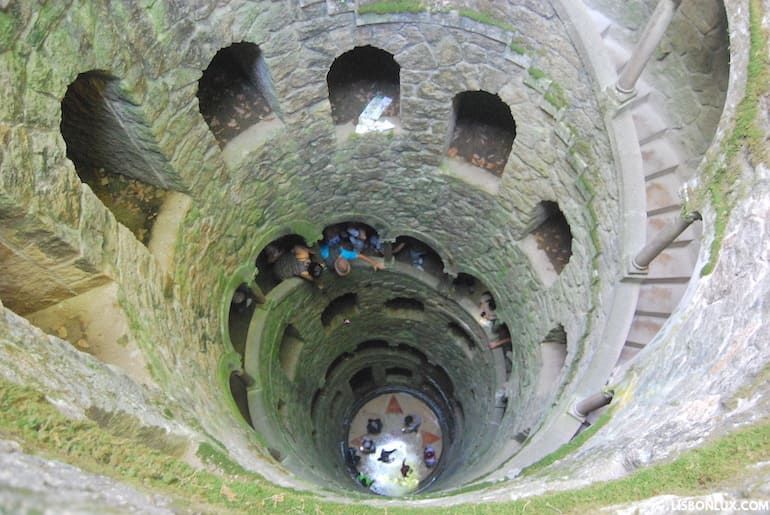 Often called “the Palace of the Millions,” this palace is part of the Regaleira estate, created by a millionaire who wanted an exquisite home that ended up transformed into quite a mystical place. It includes gargoyles on the main building’s façade, and a park with an enigmatic system of tunnels. 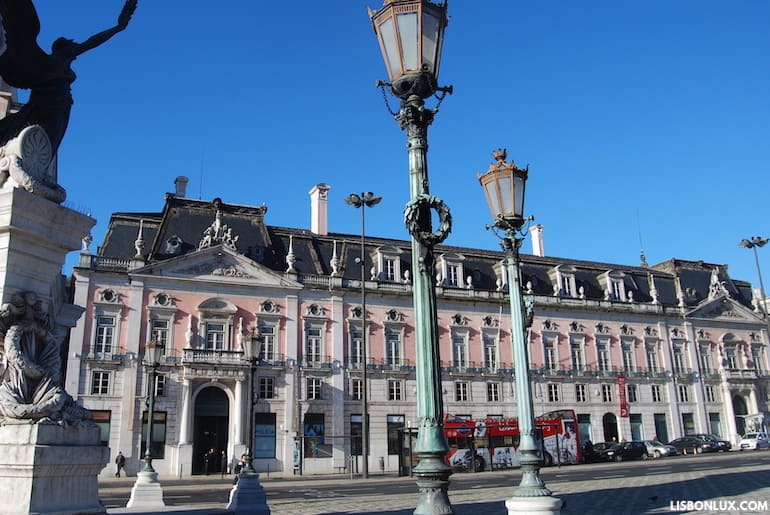 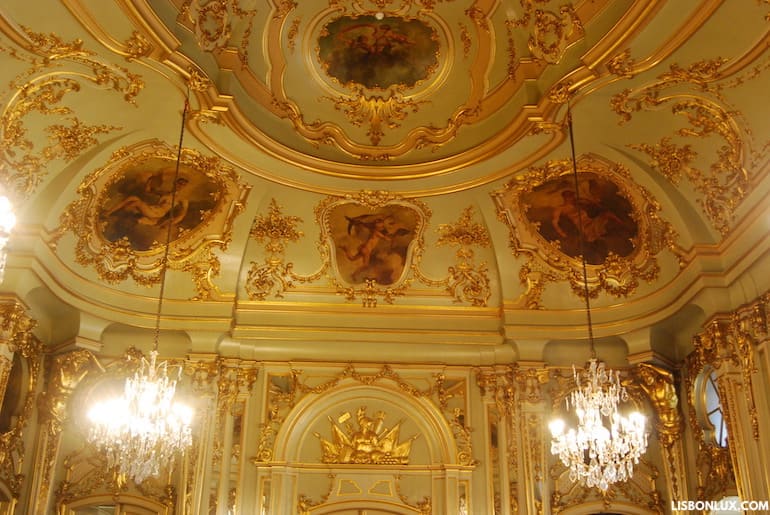 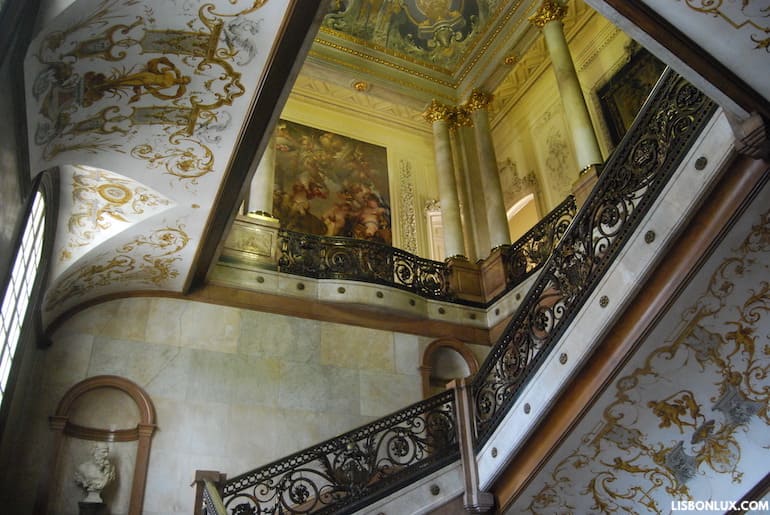 Foz Palace is one of the most beautiful buildings in the center of Lisbon, both inside and out, but unfortunately is not always open to the public. You may only visit during the several cultural events that take place throughout the year. Its construction dates back to 1777, and it had several owners who mixed various styles, from the rococo to the neo-Manueline. Its magnificent rooms recently served as the backdrop for scenes of the film "Mysteries of Lisbon," and the old library is now the National Sports Museum . 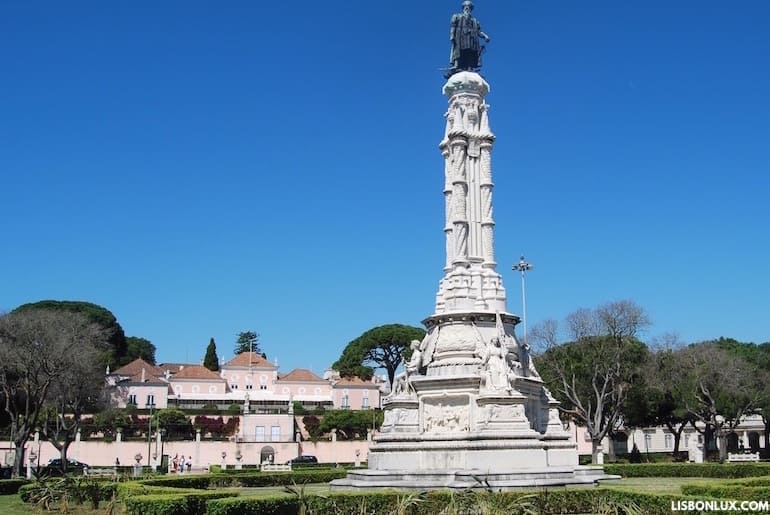 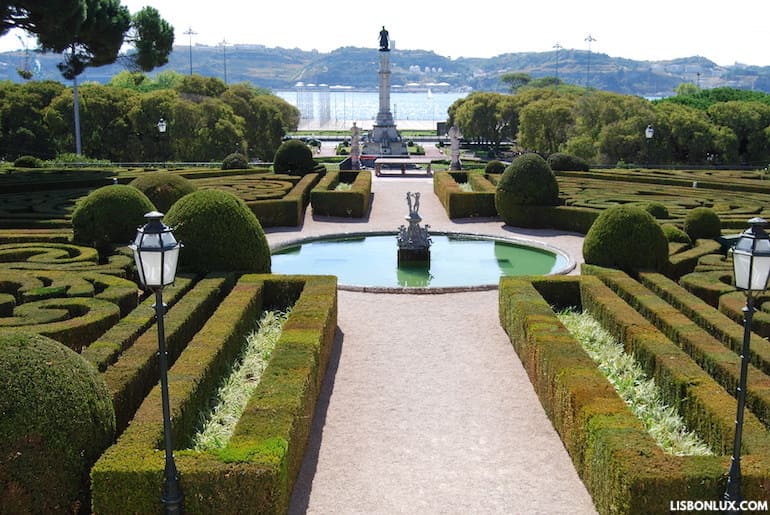 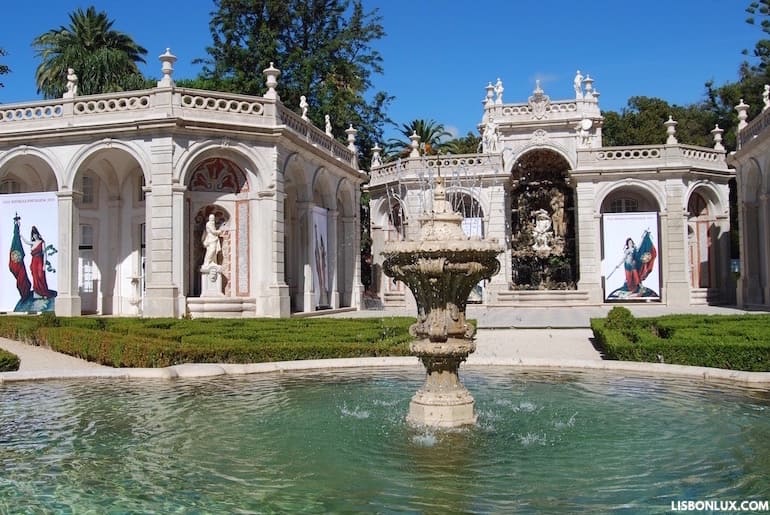 Belém Palace is the official home of the Portuguese President. This “pink house” was originally built in the 16th century and its current appearance is the result of a renovation in the 19th century. It includes a museum dedicated to all of the Presidents of the Republic.