The 10 Most Beautiful Traditional Cobblestone Pavements in Lisbon 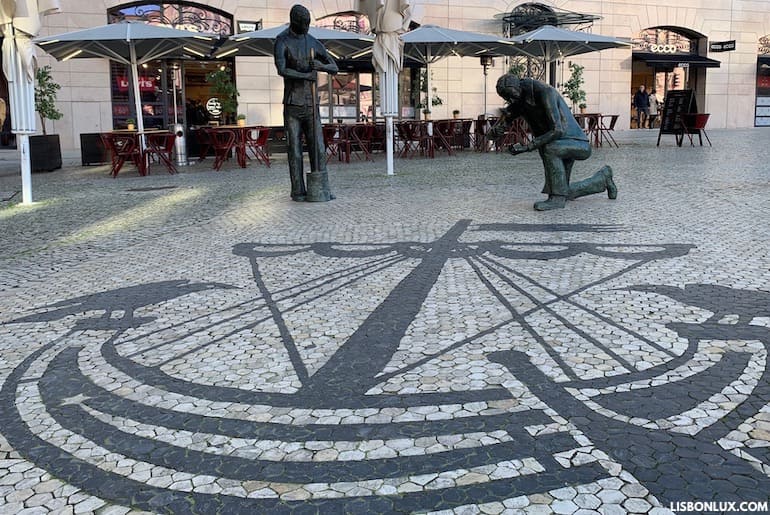 It’s inspired by Roman mosaics, but the traditional Portuguese cobblestone pavement developed in Lisbon during the city’s post-1755-earthquake reconstruction. It all started with Rossio Square’s wave-like patterns, and soon spread all over the capital, to other cities in Portugal, to Brazil, Macau and other colonies. Here are ten of the most outstanding examples in Lisbon today. 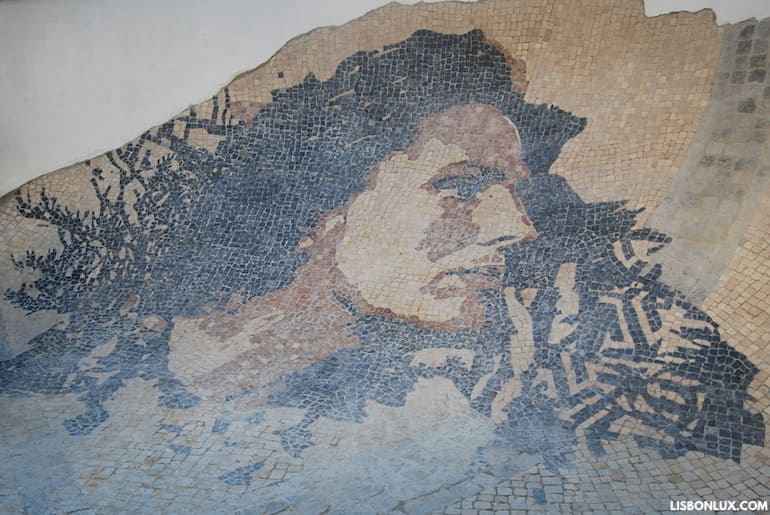 This tribute to fado singer Amália Rodrigues is found in Alfama , where Rua de São Tomé meets Calçada do Menino Deus. Amalia's face descending a wall towards the ground is a creation of street artist Vhils, and was unveiled in 2015. 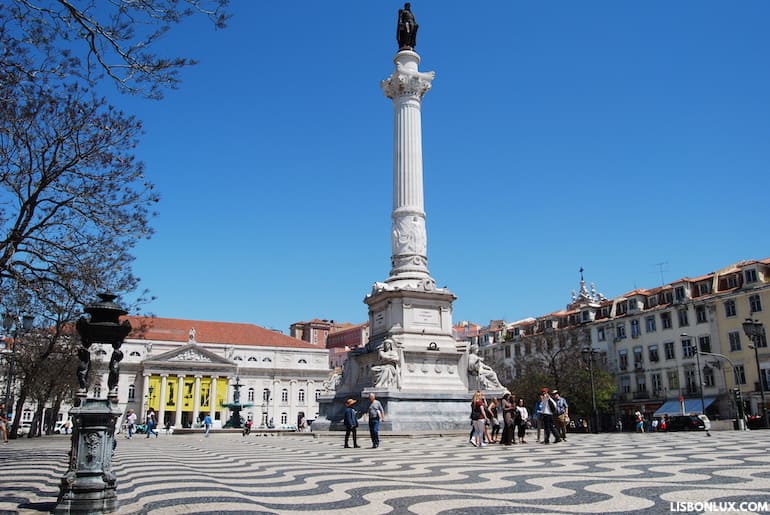 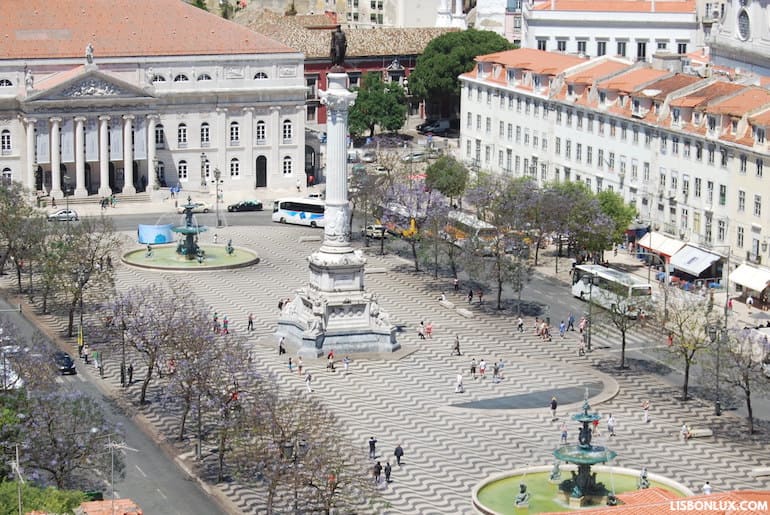 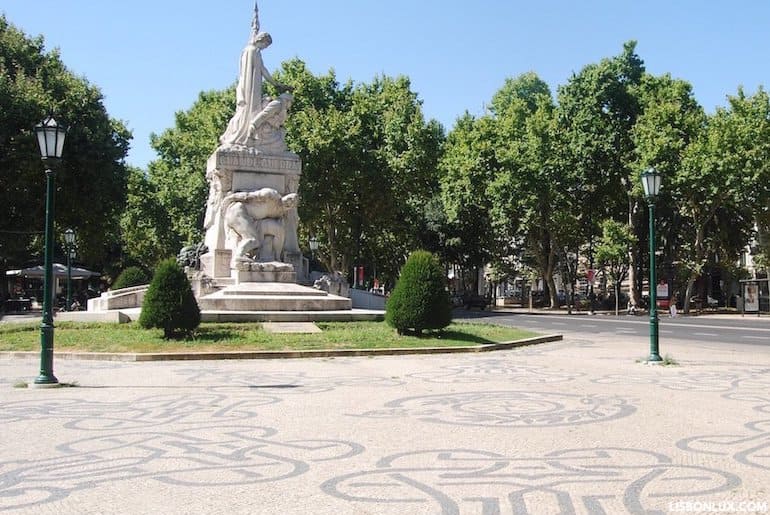 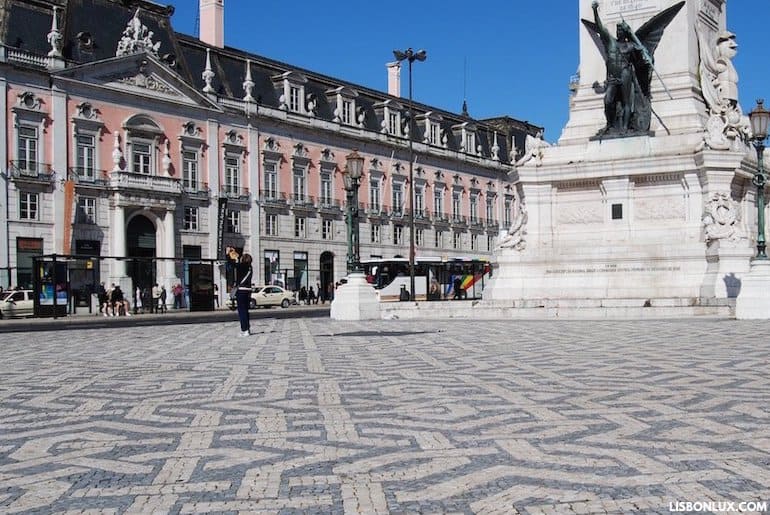 Many of the most beautiful examples of cobblestone designs are seen down Avenida da Liberdade , which features abstract and floral designs, going from Restauradores Square (with its pattern designed by painter João Abel Manta) to Marquês de Pombal Square. 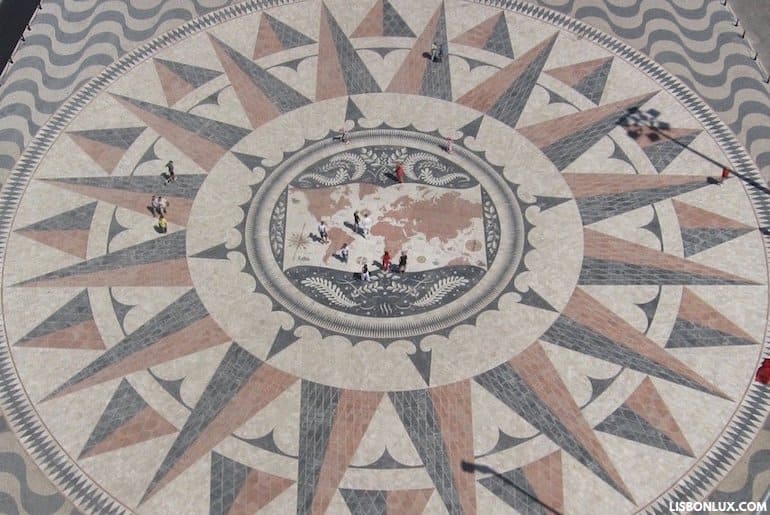 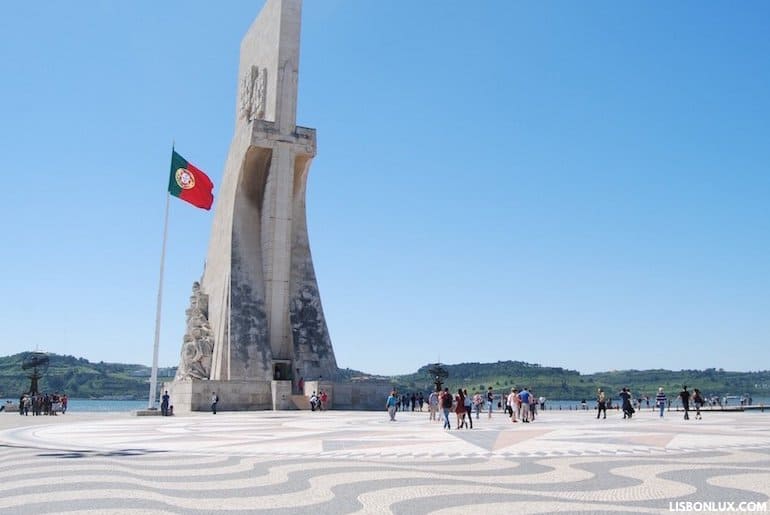 The mosaic next to the Discoveries Monument , with its map of the world inside a compass rose indicating the routes of the Portuguese explorers, is surrounded by the “Wide Sea” cobblestone design similar to that of Rossio. 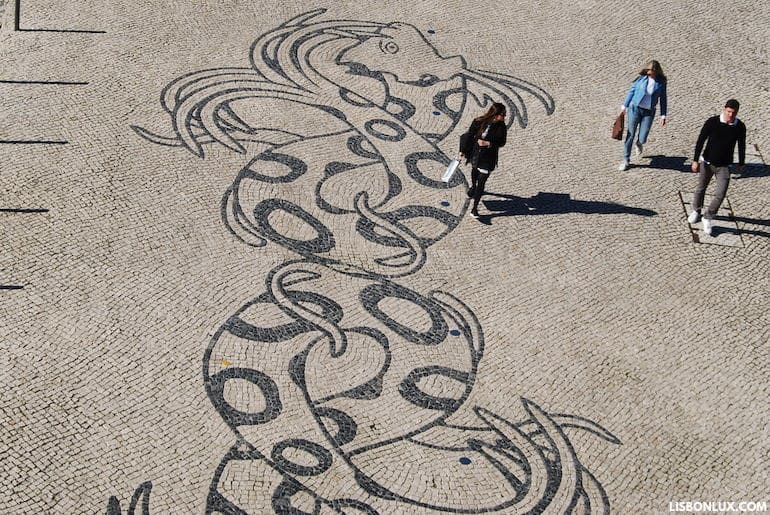 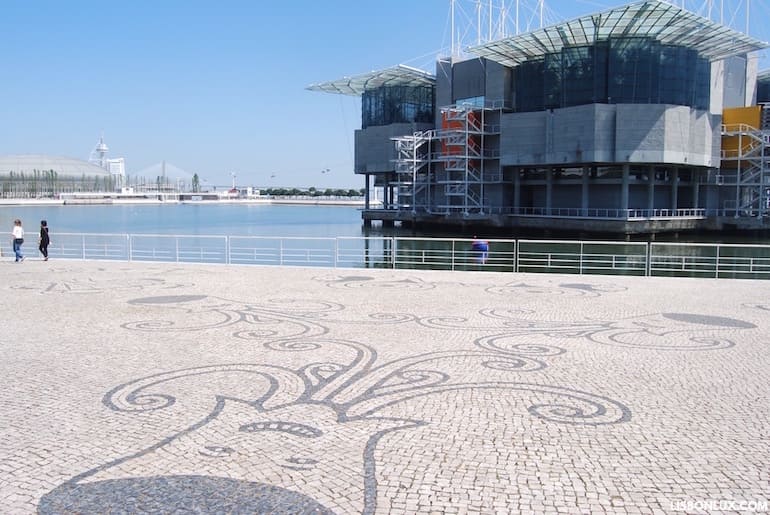 Even in its most modern district, Lisbon did not forget its traditional pavements, although it has innovated in the designs. They’re still inspired by the oceans, with some extraordinary examples next to the Oceanarium , depicting sea monsters. Other maritime motifs cover the central walkway of Alameda dos Oceanos. 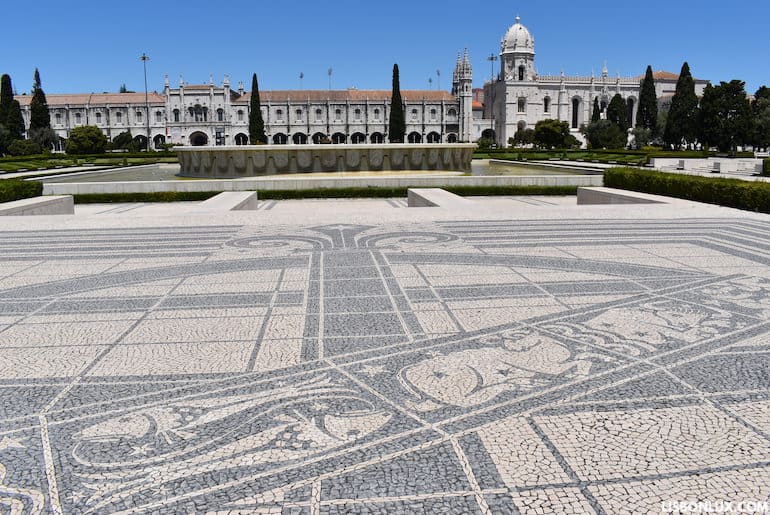 The large square across from the Jerónimos Monastery was designed in 1940 and completely paved in cobblestone. It chose some curious motifs -- the signs of the Zodiac and the armillary sphere. 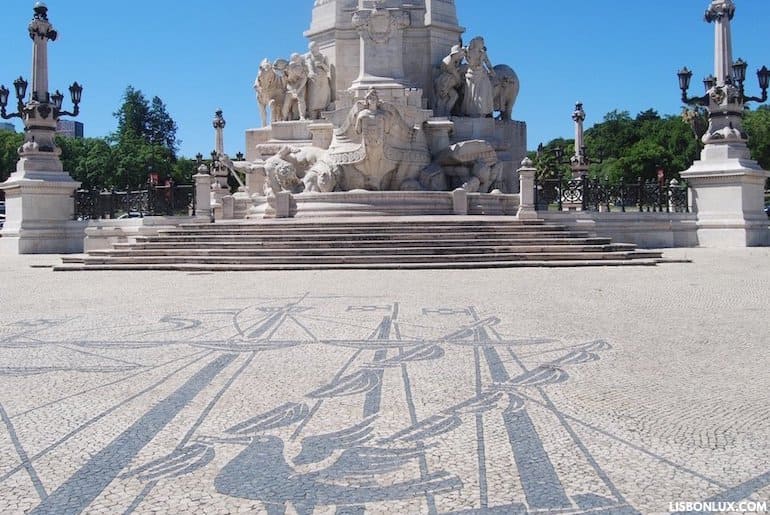 The monument to the Marquis of Pombal, at the center of a roundabout, is surrounded by cobblestone pavement, designed with Lisbon’s arms -- two crows perched on a caravel. 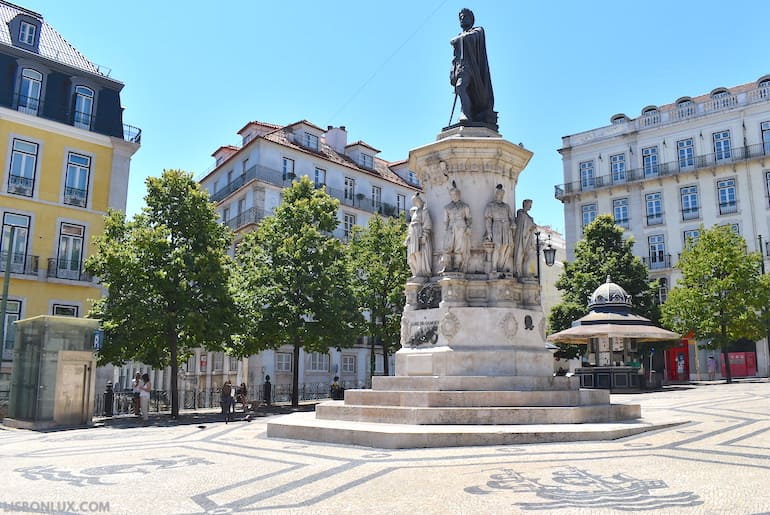 Mermaids and ships surround the pedestal of the monument to Luís Vaz de Camões, recalling "The Lusiads," the poet’s great epic. 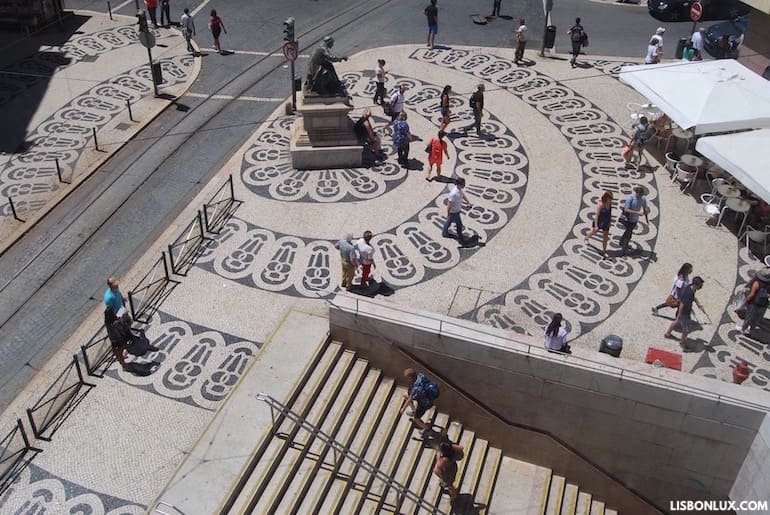 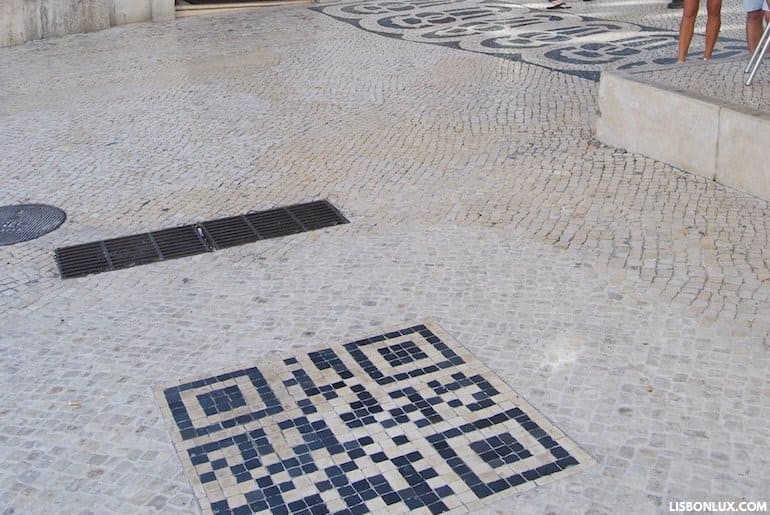 The pavement by the city’s most famous café ("A Brasileira") has an abstract pattern and dates from the 1950s. A little further down, by the terrace of the Benard café, is a 1-square-meter QR code made of cobblestone, to provide tourist information about the neighborhood on your smartphone. 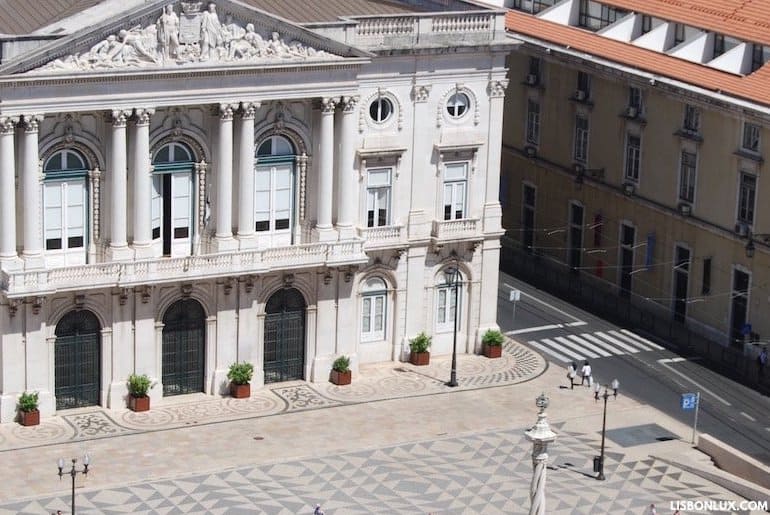 The paving of this beautiful square dates back to 1997, and the design is by painter Eduardo Nery. The artist wanted to create a geometric pattern that would resemble a carpet, through the use of triangles and rectangles.