The Best Fish and Seafood Restaurants in Lisbon

Where to eat fresh fish and seafood from the Portuguese coast 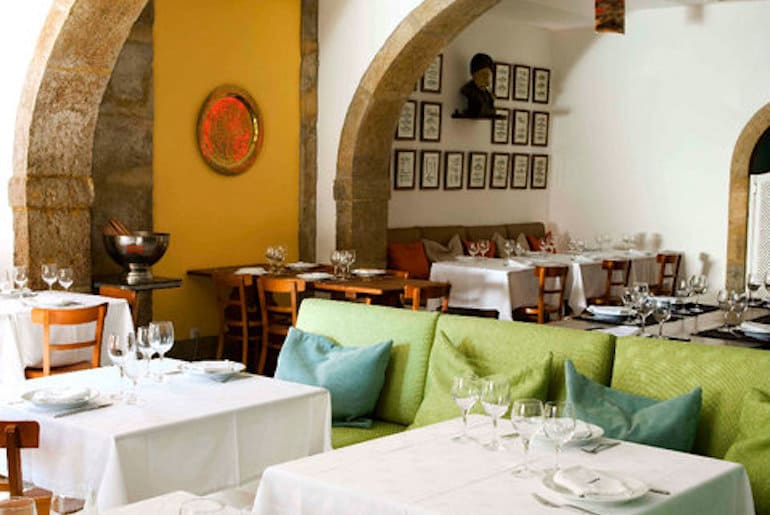 It opened in Lisbon in 2009, but it was already one of the favorite restaurants in the region when it was located on the beach of Comporta. The freshness of the fish and the recipes haven’t changed since the move to the center of the capital, and the fish continues to come directly from the sea, not from farms. 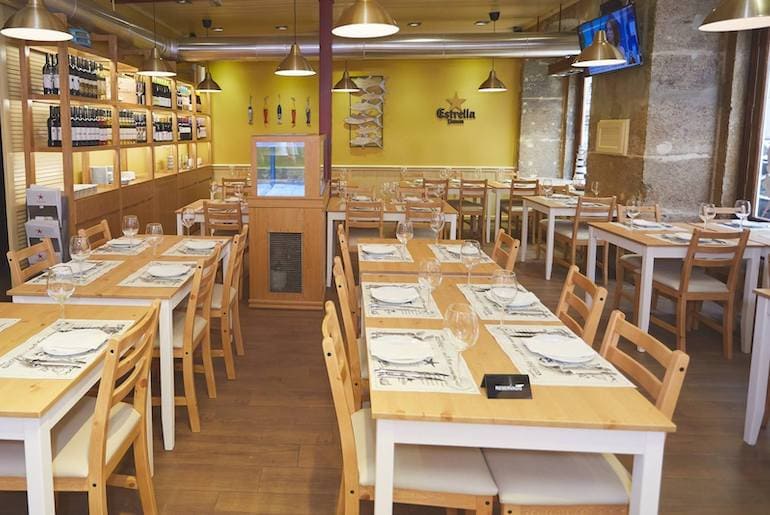 This downtown restaurant has a tank from where customers can choose the lobster or crab that they want to have on the plate. The specialties are the shellfish “cataplana” and the seafood and lobster rice. The list of drinks has three dozen wines, cocktails and gins. 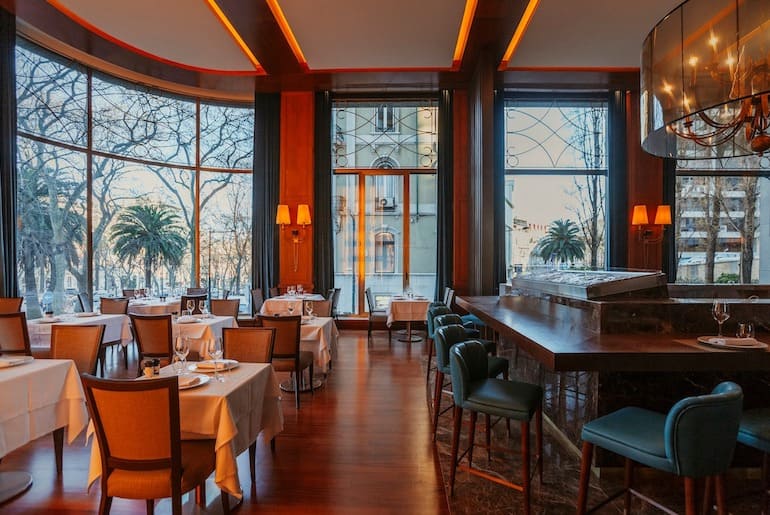 The most sophisticated beerhouse and seafood restaurant in town displays the catch of the day in the dining room, straight from the waters of the Portuguese coast (from the city of Aveiro to Algarve in the south). Clams and oysters are the most popular choices, and there are also meat dishes. 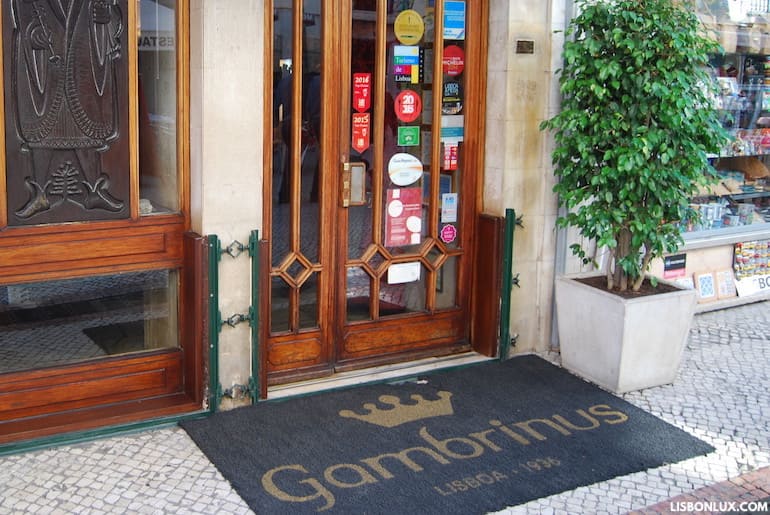 It opened in 1936 as a German beerhouse but became an upscale restaurant in the 1960s. Today, it remains a good option for Portuguese cuisine, especially fish and seafood. The décor hasn’t changed, featuring exotic woods and a stained glass illustrating King Gambrinus. 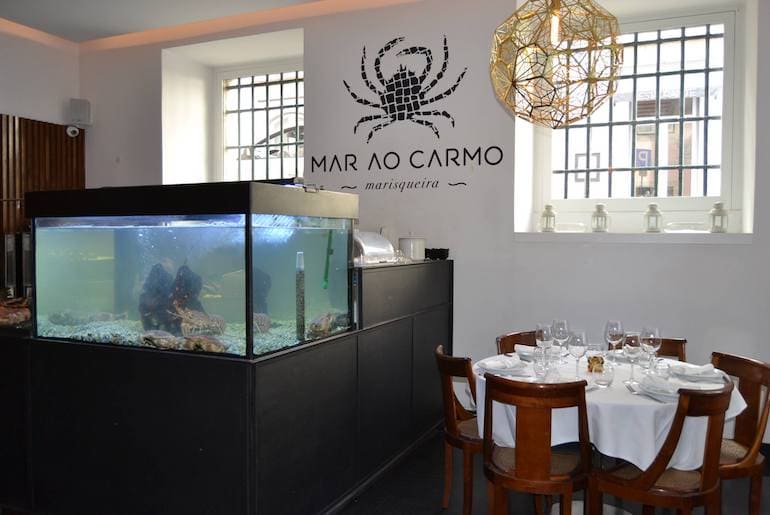 This restaurant brings the sea to the center of Lisbon, serving fish and seafood from Portuguese waters. It has tables outside, facing the ruins of Carmo Convent, and a small interior that welcomes you with a tank of lobsters and crabs next to a display of the catch of the day. There are also meat options, such as the steak sandwich which traditionally ends the meal. It’s open throughout the day, allowing you to have a bite at any time. 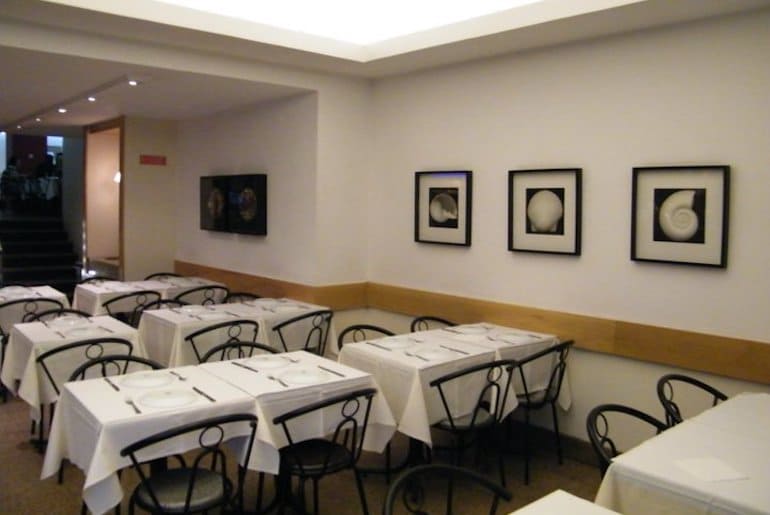 This seafood restaurant, inaugurated in 1973, has been rediscovered. It stands out for its shellfish tanks, which guarantees freshness. Following tradition, beer accompanies the seafood, and the “prego” (steak sandwich) completes the meals. 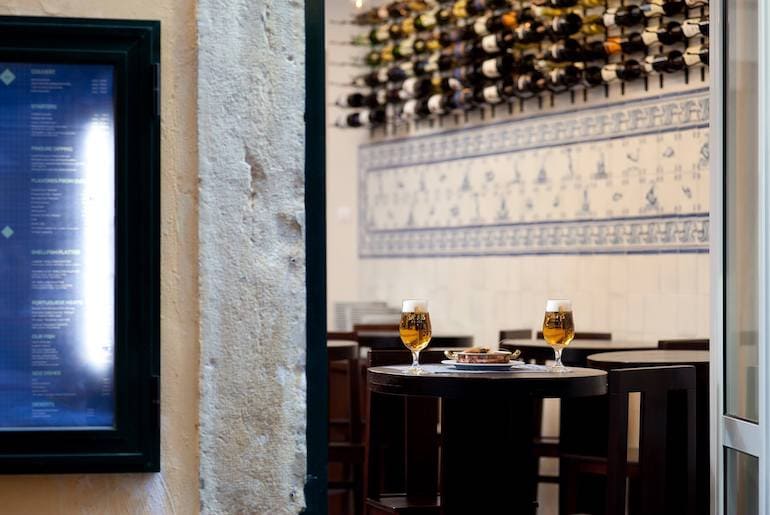 Bairro Alto’s only seafood restaurant also has steaks and vegetarian options. For those who really want the flavors of the sea, there’s a list of petiscos (or small plates, ranging from ceviche to clams), plus cod and other fish dishes, and seafood platters. 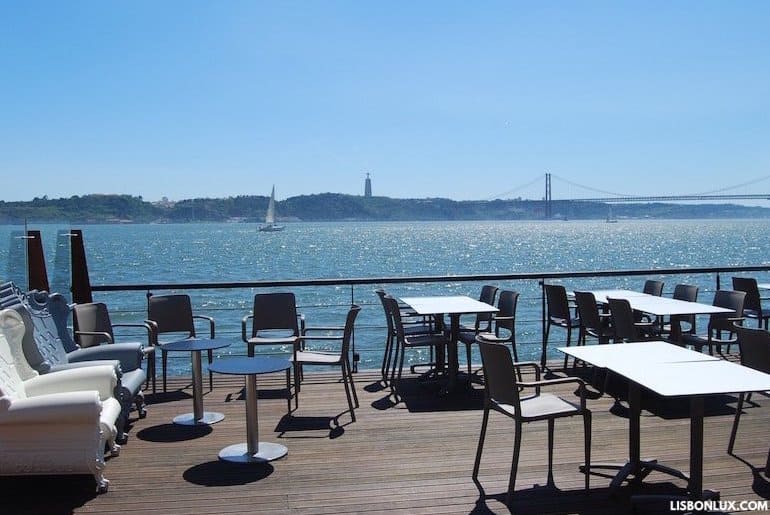 After the success by the sea in Cascais, it was time to open another branch in Lisbon, by the river. It took over an old warehouse, with a spacious interior and a large terrace outside. It serves the same fish and seafood specialties, including its famous hake fillets with cockle rice. 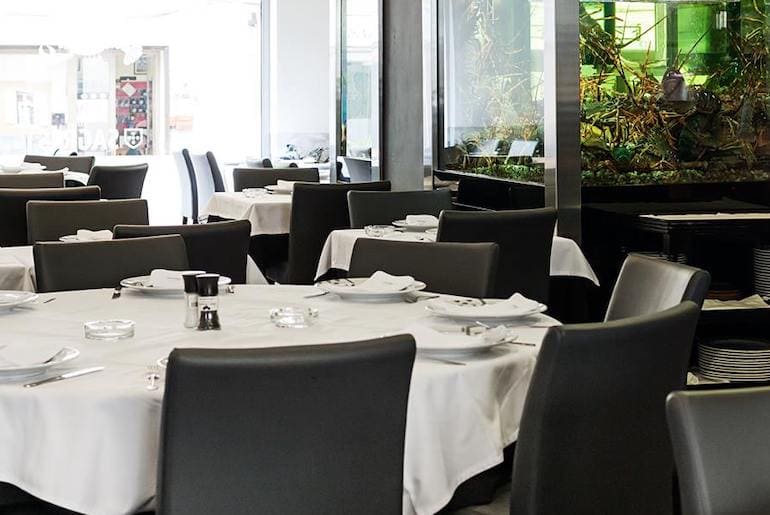 A restaurant located so close to the Belém Tower could have been a tourist trap, but instead is a destination for all types of seafood lovers. The tanks with crustaceans in the dining room prove that everything is fresh, as are the different types of fish on the menu. Steaks are the top choices for those who prefer meat. 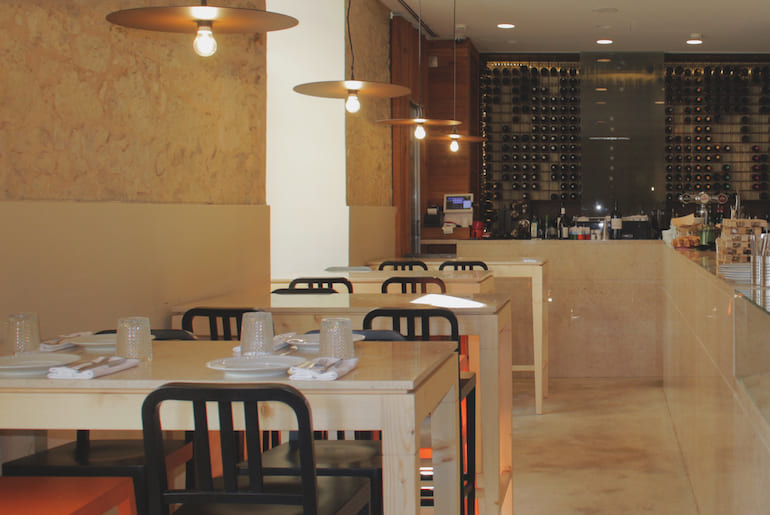 Chef Vítor Sobral’s second restaurant (his first was Tasca da Esquina, in the same neighborhood) focuses on fish, prepared in a variety of ways: in the oven, grilled, cured or marinated. There are only three meat options - steak, the traditional “prego” (sirloin steak sandwich) and “bitoque” (steak with egg and fries).

Fish of all kinds, raw or cooked (in tapas, as ceviche or tartare), is served on a counter and accompanied by rum-based cocktails or Portuguese wines. No, there are no alternatives on the menu -- you’ll only get fish here. 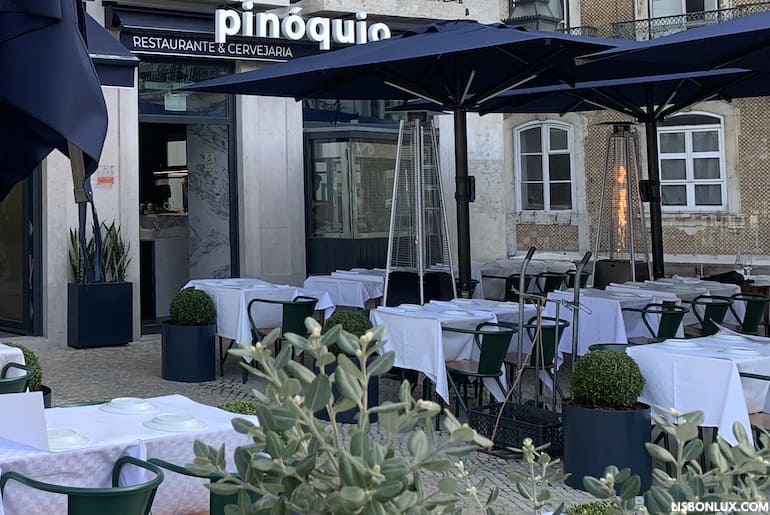 With a terrace on the busy Restauradores Squares, this restaurant attracts tourists but also many locals, who are fans of its seafood and especially the clams. The steaks also score high, served in a very laid-back atmosphere. 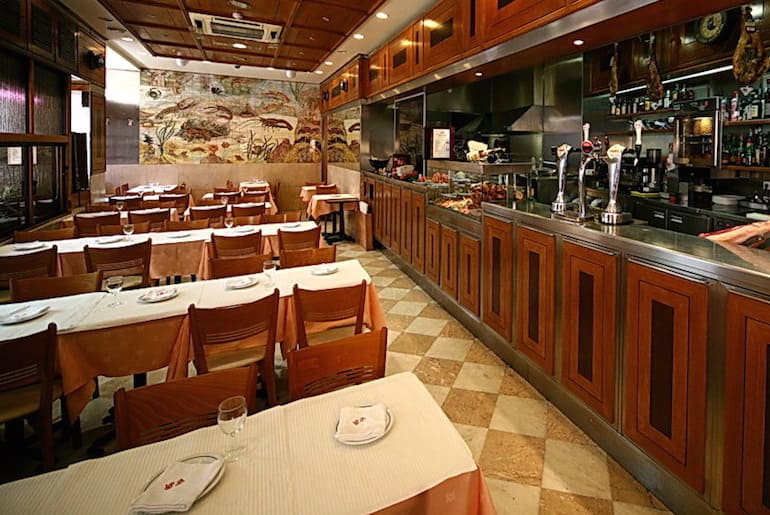 Known for its fresh seafood (from the cold waters of the north of the Iberian peninsula), this is one of the oldest seafood restaurants in Lisbon. Open for over half a century, it’s more popular than ever, and you may have to wait a while at the door. If you ask a local to recommend a seafood restaurant, you’ll likely be sent here. 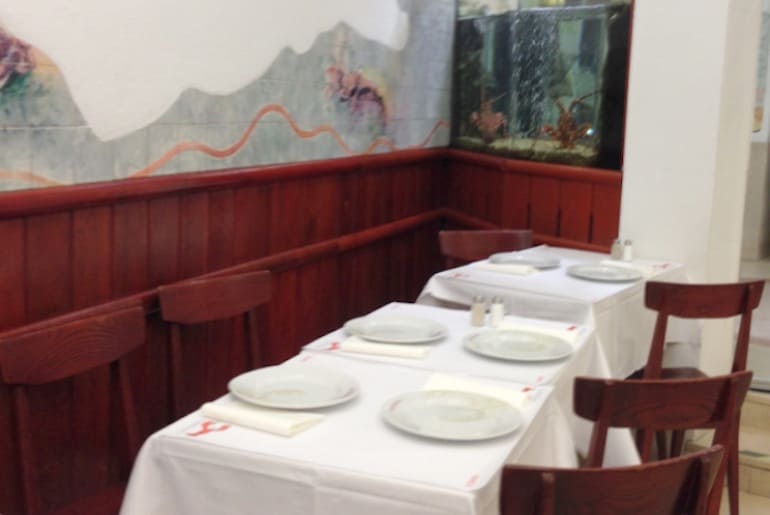 In business since 1947, this was where many people traditionally went after a night at one of the several theaters in the area. It’s still the choice of many locals (and tourists) for seafood meals, accompanied by beer. Outside is a kiosk surrounded by tables, where you may enjoy the restaurant’s dishes in the open air. 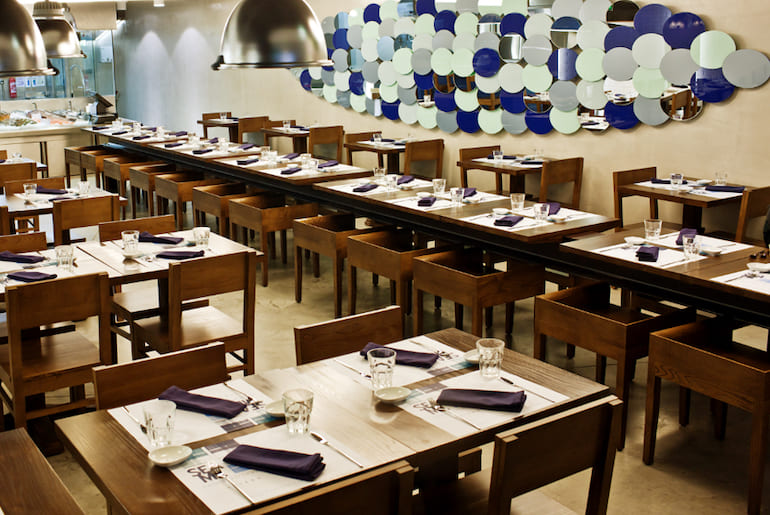 It claims to be a "modern fish market," meaning it sells fish for you to prepare at home, is a bar where wine by the glass accompanies fish, and is a seafood restaurant. Just like at a fish market, it can be noisy, but it’s one of the liveliest and most recommended places for seafood, grilled fish and sushi. 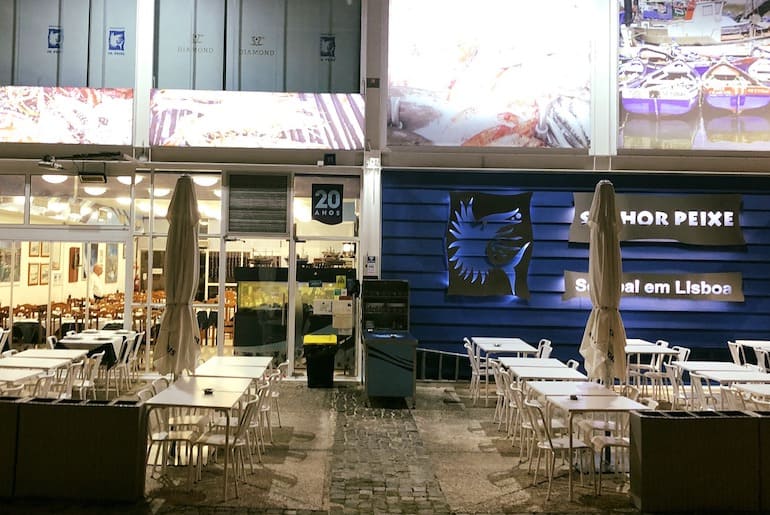 This restaurant stands out in a row of touristy restaurants for the quality of its fresh fish. There’s a tank with lobsters and crabs, but the fish that arrives daily from Setúbal is the most popular choice. It offers lots of space inside and on the terrace, so it tends to attract large groups. 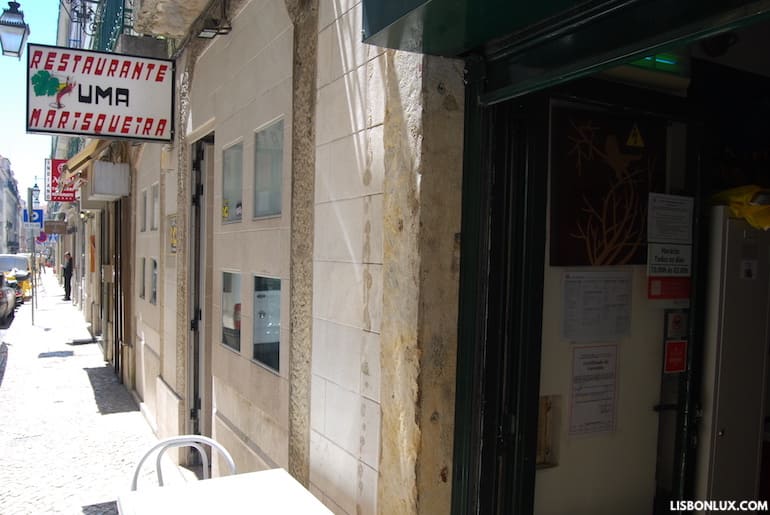 It’s not the rushed service or the limited menu that has made so many people recommend this restaurant in the heart of downtown -- it’s just for the seafood rice, which many swear is the best in Lisbon. There are days when it seems that it’s the only thing on the menu, but there are also steaks, codfish and omelets.