It's easy to fall in love with the Portuguese capital: 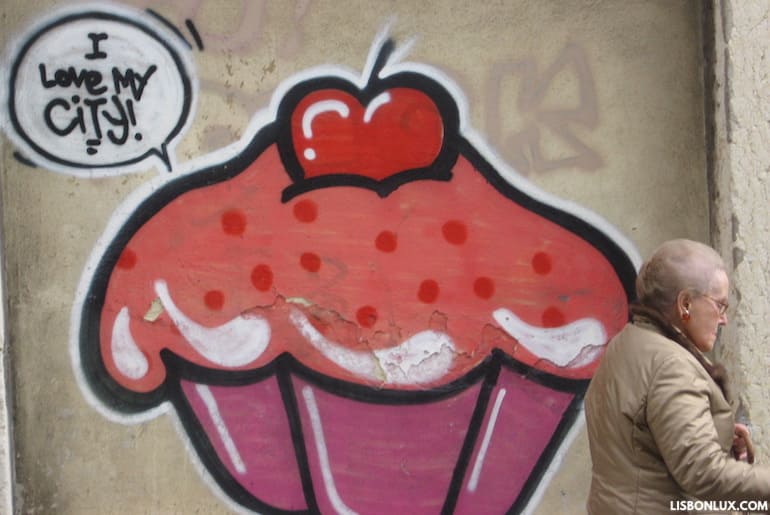 Lisbon is cool because it’s not interested in fitting in. It’s a breath of fresh air in a globalized world, a place that doesn’t compromise its simple authentic pleasures, while managing to embrace what’s new in the global village.

It's One Big Art Gallery 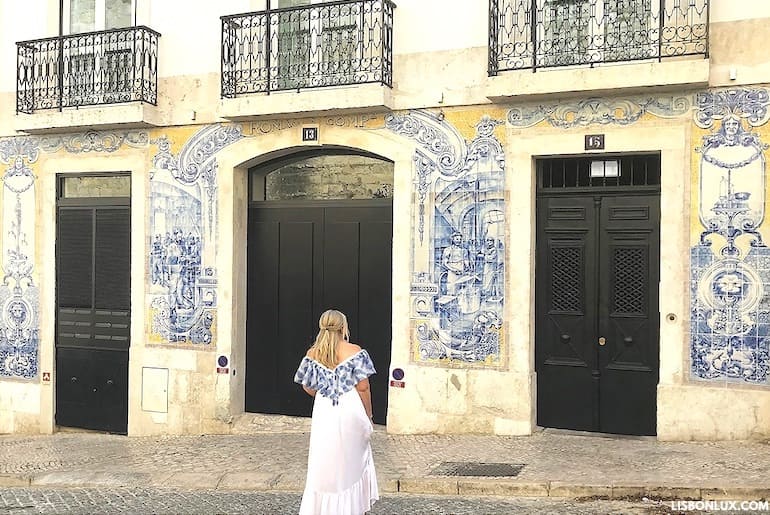 Lisbon is filled with imaginatively-adorned streets, from street art, to dazzling tile panels, to its characteristic cobblestone pavements. Everywhere you turn is someone’s work of art. 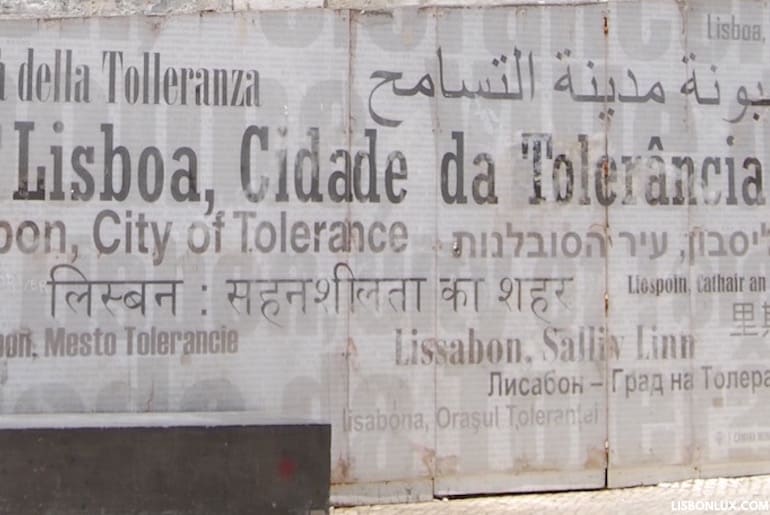 A mural by Rossio Square states that Lisbon is “the city of tolerance.” That’s a reminder of when the city was one of very few places on Earth where the three Abrahamic religions coexisted peacefully (Christians, Jews and Muslims — until the Inquisition). Freedom of religion is so natural in Portugal, that, unlike in many other countries, it’s even irrelevant in political campaigns (candidate’s religious beliefs are generally unknown and not even discussed).
In 2010 it also became one of the first few countries to allow same-sex marriage. 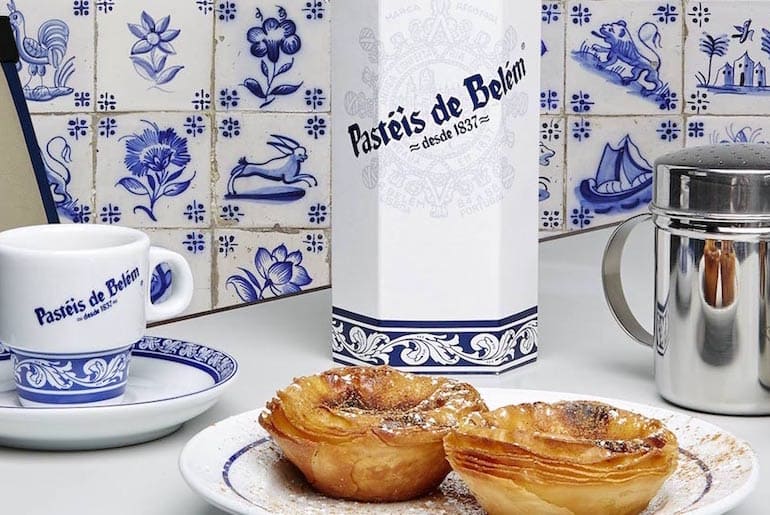 The Paris and Vienna cafés have all the fame, but Lisbon has all the flavor. It claims "the best chocolate cake in the world" and its custard tarts are world-famous and imitated ("The Guardian" declared it one of the 50 best foods in the world).


The Museums are Undiscovered Treasures 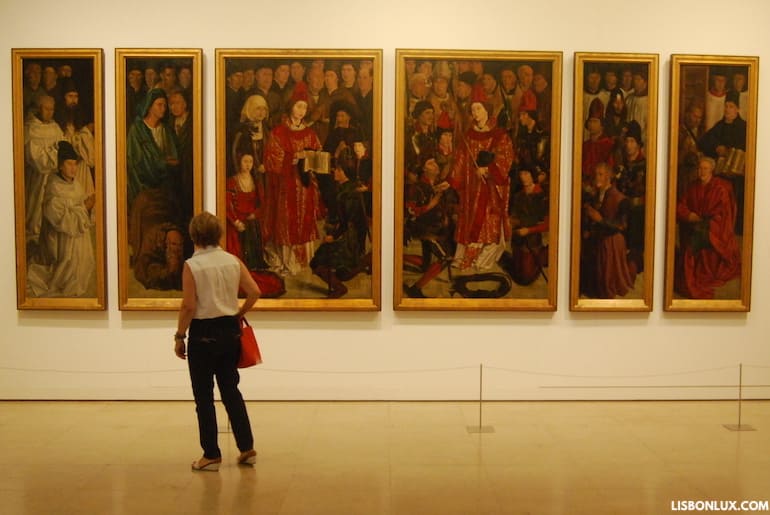 There is no Louvre or Tate or Prado, so Lisbon’s little-known museums are therefore wonderful surprises: From the world-class Gulbenkian collection, to the magnificent one-of-a-kind Tile Museum , to the fantasy vehicles of the Coaches Museum , to the East-meets-West works of art in the Ancient Art Museum and Orient Museum , to the contemporary creativity of the Berardo Collection ... 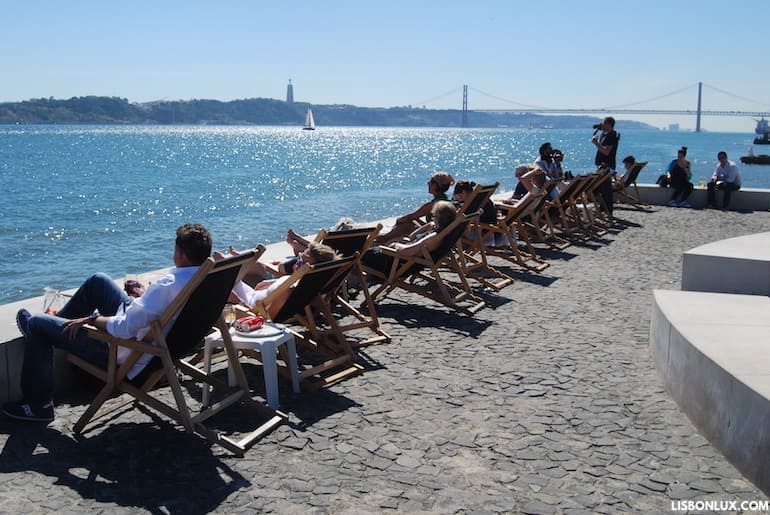 This is no ordinary river. It’s a river that’s usually mistaken for the sea, a body of water that reflects a blinding light back onto the multicolored buildings of the city. It’s also a historical landmark, as it was from its banks that the ships that traced the map of the world departed from, and arrived at, starting the process now known as globalization.


It's Bohemian Yet Trendy 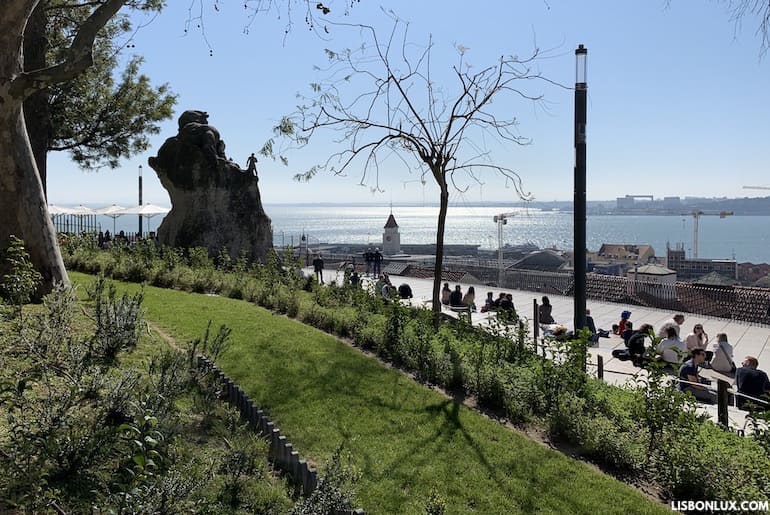 Lisbon somehow holds on to its unconventional styles while also being up-to-date on the latest global trends. Many neighborhoods, like Bairro Alto and Cais do Sodré , have a sleepy atmosphere in the daytime, but at night are an energetic mix of diverse tribes, from struggling artists to clueless teens, socializing and partying together until dawn. This diversity has led to a remarkable artistic explosion in the city, from new galleries to the world-class project that is the Design and Fashion Museum . 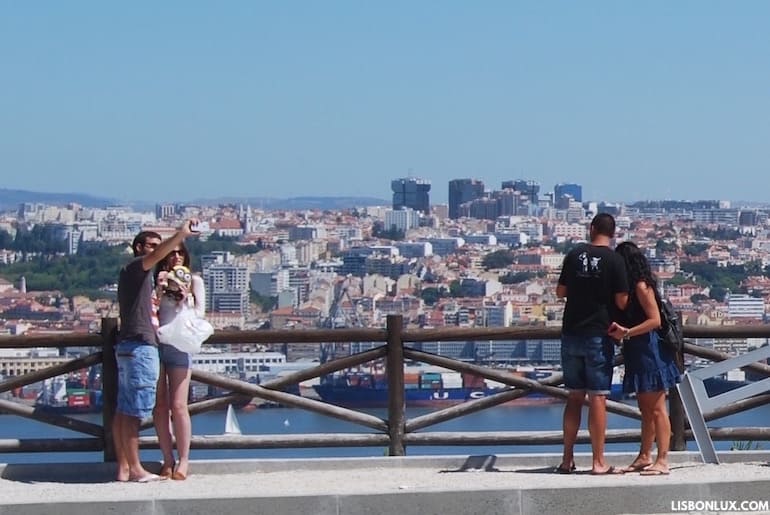 Forget the uniformity (monotony) of the grand European boulevards. Here, no two buildings are alike. Colorful streets are lined with tile panels, wrought-iron designs, and two original architectural styles, the Pombaline and the Manueline.


It's One of the World's Safest Capitals 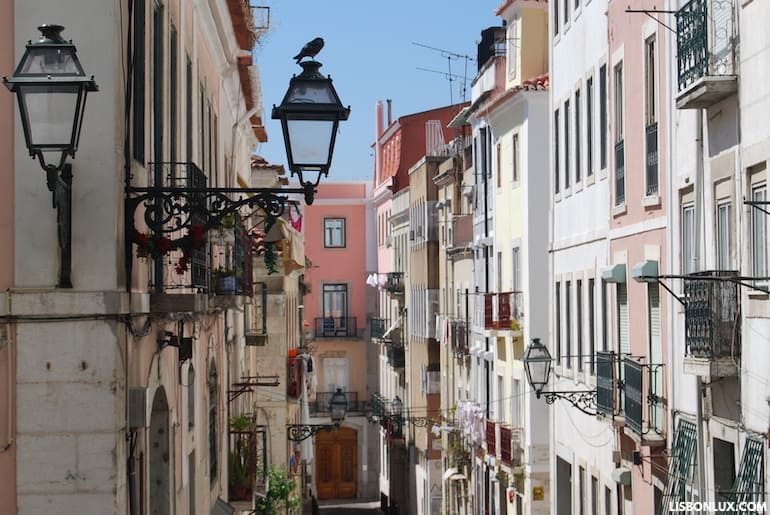 The European Safety Observatory says that Lisbon is Europe’s safest capital. While you should hold on to your wallet in the city’s public transportation to avoid pickpocketing, serious random violent crime (murder and rape) is extremely rare, not to say almost nonexistent in the city’s everyday life. 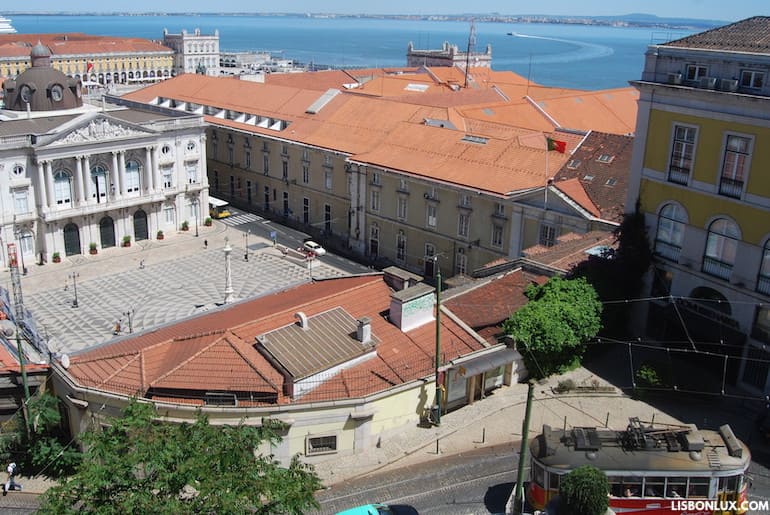 
It's Haunted by Ghosts of Poets 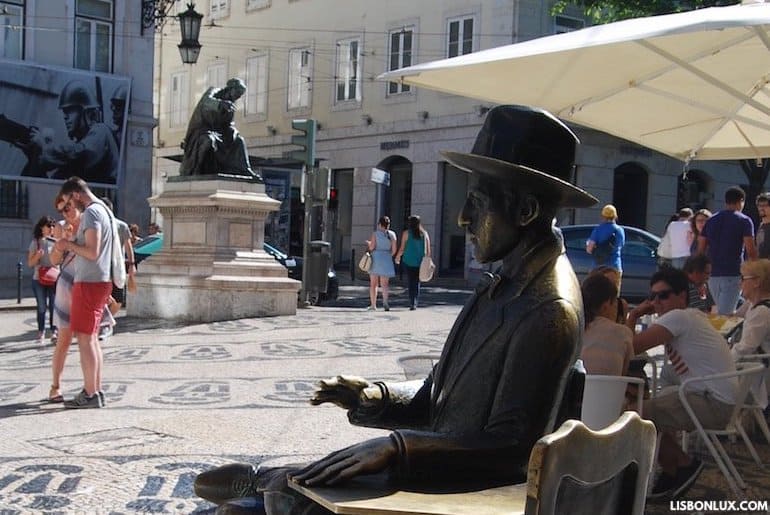 Like other great historical cities, Lisbon has inspired artists and poets, and its soulful atmosphere feels haunted by writers such as Fernando Pessoa, Eça de Queiroz or Nobel Prize-winning José Saramago. Their presence is especially felt and relived every day in the streets of Chiado , as if their footsteps still echo in cafés like A Brasileira or at bookshops like Bertrand , the oldest in the world.


It Hasn't Sold Its Soul 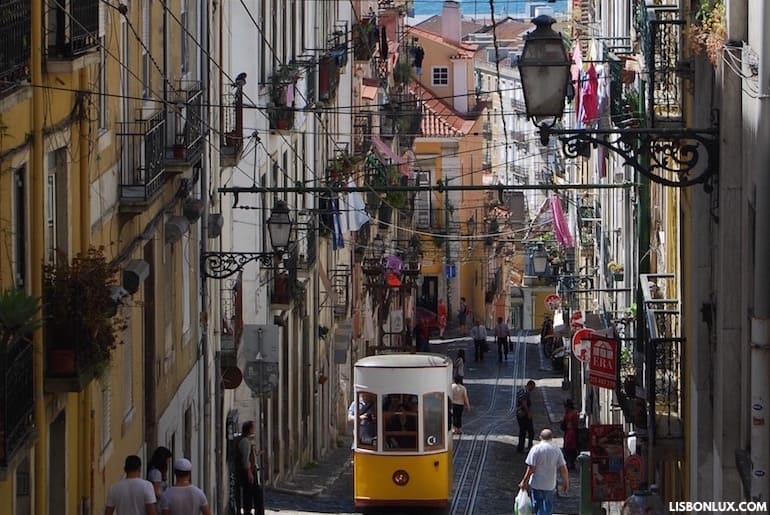 Gentrification has arrived in Lisbon, and parts of the city are becoming touristy amusement parks, but if the neighborhoods of Alfama and Bairro Alto were in other European capitals, they’d have been completely sanitized and sold their soul to tourism. Despite the recent transformations, Lisbon's oldest neighborhoods remain raw and authentic. 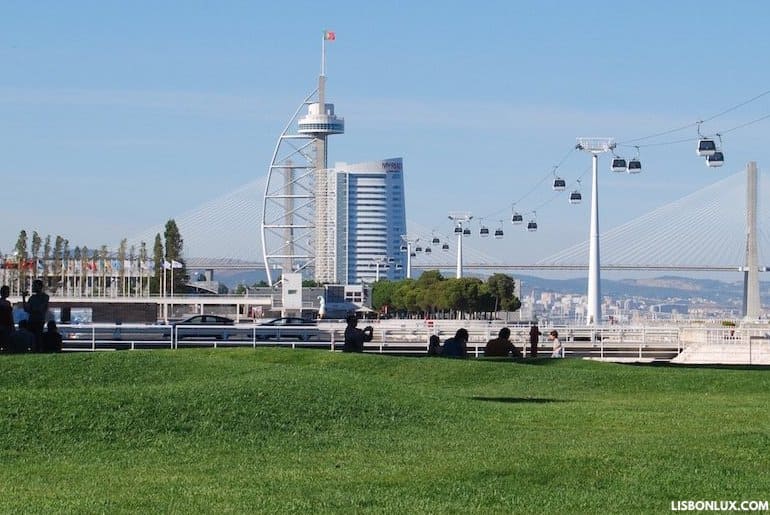 It’s a medieval timewarp in Alfama, futuristic in Parque das Nações, romantic in Chiado, imperial in Belém, bohemian in Bairro Alto, and cosmopolitan in Príncipe Real.


The Best Climate in the World 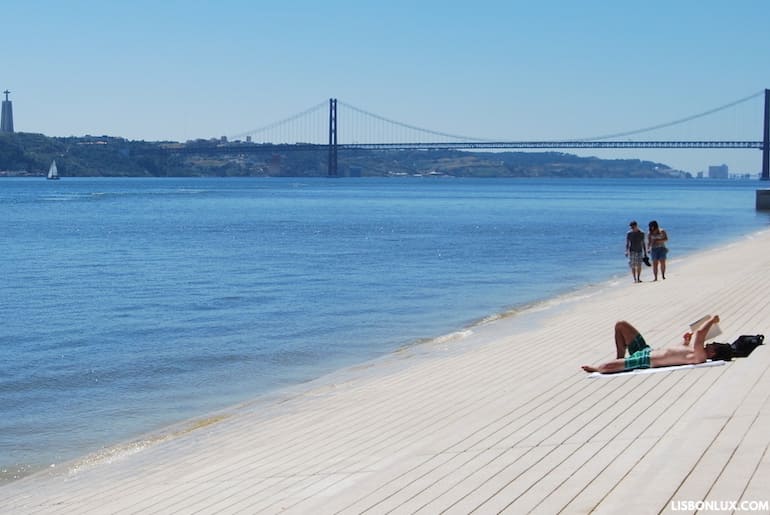 It’s known as Europe’s sunniest capital, but the city’s enviable climate is not just 300 days of sunshine per year. It’s also mild temperatures, never below zero in winter, and nights cooled off by the Atlantic in the hotter summer months. Lisbonites only realize how lucky they are when they travel around rainy and freezing Europe and North America, or through scorching-hot Africa or unpredictably tropical and humid South America. 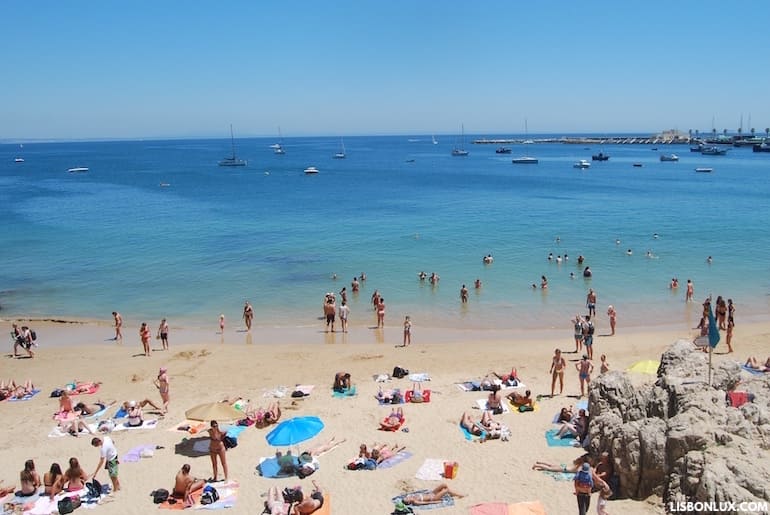 Name one other European capital so close to the beach... The only other major city blessed with sand and sea is Barcelona, but Lisbon’s coastline is bigger, more diverse and more beautiful. With golden dunes, hills, or mountains as backdrops, you may surf, windsurf, sail, or even play golf by the sea at world-class courses. Lisbon is unique for having both river and sea, and offers one of Europe’s largest unbroken expanses of sand at the 15km-long Costa da Caparica .


The Fado and All That Jazz 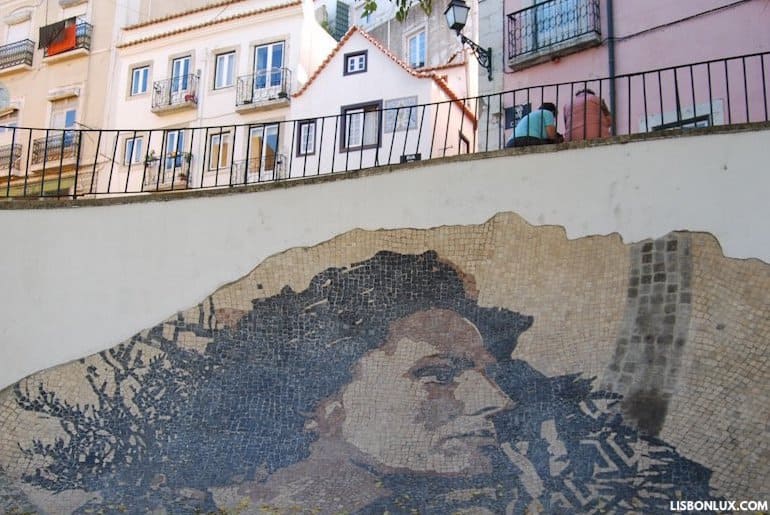 There are only a few cities in the world with their own sound (Buenos Aires has tango, Rio has samba, New Orleans has jazz), and Lisbon is one of those places with a unique soundtrack — fado. More than music, it’s a state of mind, a sound that you don’t dance to, that you don’t just let play in the background, but that you stop to feel. It’s often called “the Portuguese blues,” and surprisingly the Portuguese capital is also a major jazz city. That’s a very little-known fact except for jazz aficionados, and there is even a local jazz label (Clean Feed Records) that has gone international. There are also several outdoor jazz concerts with international musicians in the summer. 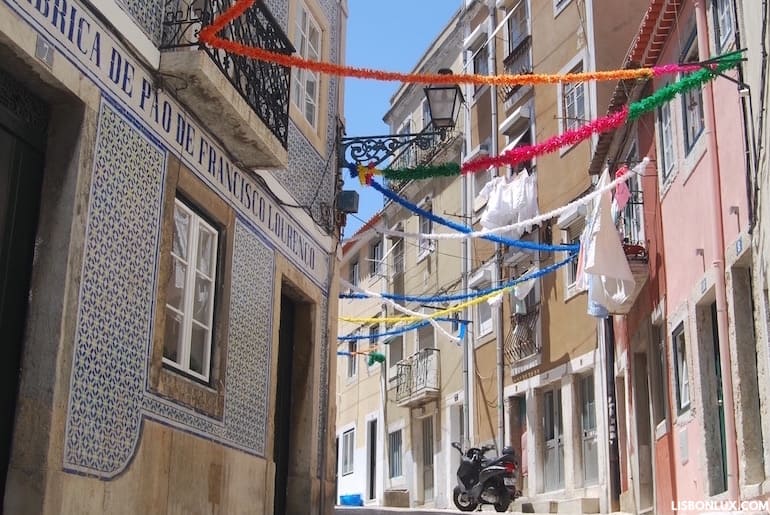 The neighborly spirit lives on in Lisbon’s oldest neighborhoods. These are still places where everyone greets each other in the morning, where traditional shops and family-run taverns still survive, while also coexisting with alternative fashion boutiques under laundry hanging from balconies, where old ladies stand with their cats chatting with next-door neighbors. These neighborhoods compete each year for best march (song and costume) in a parade taking place every June at the annual “Festas de Lisboa,” a city-wide street festival. 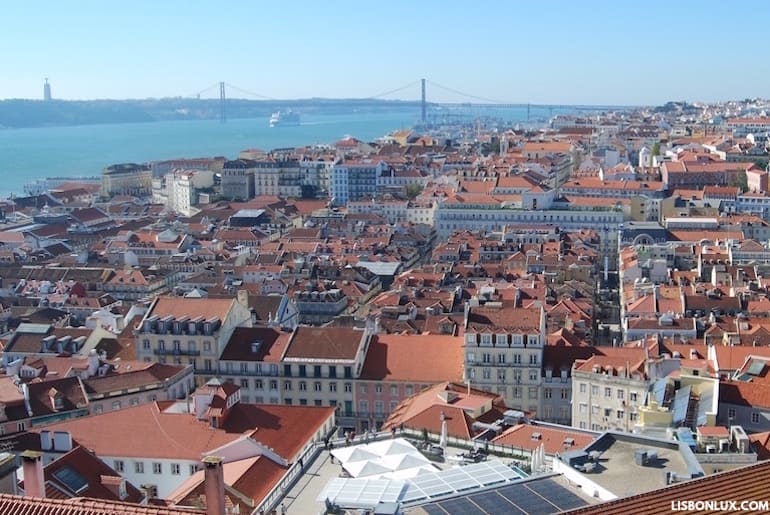 Lisbon is one of the world’s most unpredictable cities with unexpected sights: Deceiving façades hide wonderful surprises inside (such as São Roque Church ), and countless unexplored corners frame postcard-perfect views. It’s a city that spikes curiosity and that demands contemplation. 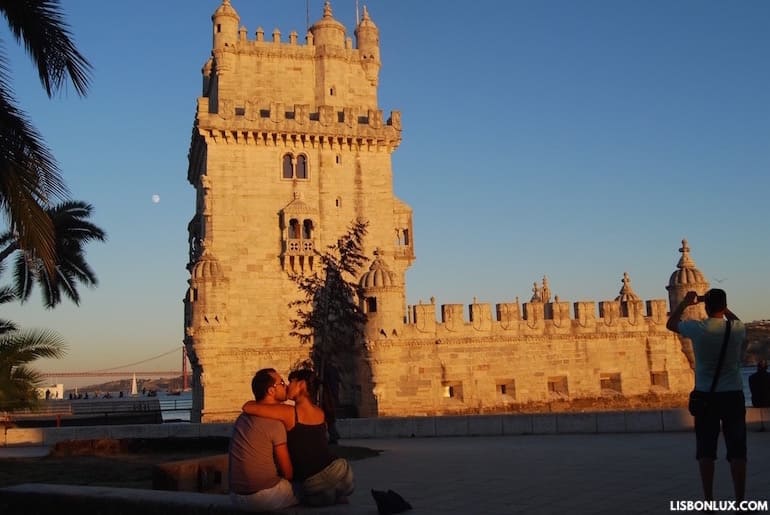 The stories of the great explorers of the Age of Discovery, the exotic influences of the world’s first global empire, battles, disasters and triumphs in what is Europe’s second-oldest capital (after Athens), and the fantasy palaces of magical Sintra ... Lisbon is one of the world's most romantic cities. 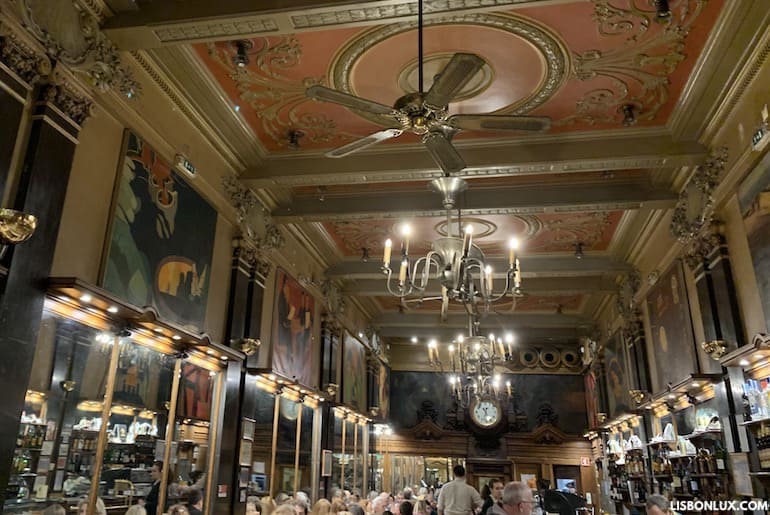 Portugal knows a thing or two about coffee. After all, it was responsible for the first plantations in Brazil, now the world’s largest producer. Until the early 20th century, the coffee served in Lisbon came almost exclusively from its former colony, and today the Portuguese demand only the best quality beans. A tiny cup of strong, black coffee in Lisbon is called a “bica,” and if you’re a caffeine addict, you won’t find better coffee anywhere else. If you prefer tea, try the only tea produced in Europe, the Gorreana green tea from Portugal’s Azores.


The Fish and the Seafood 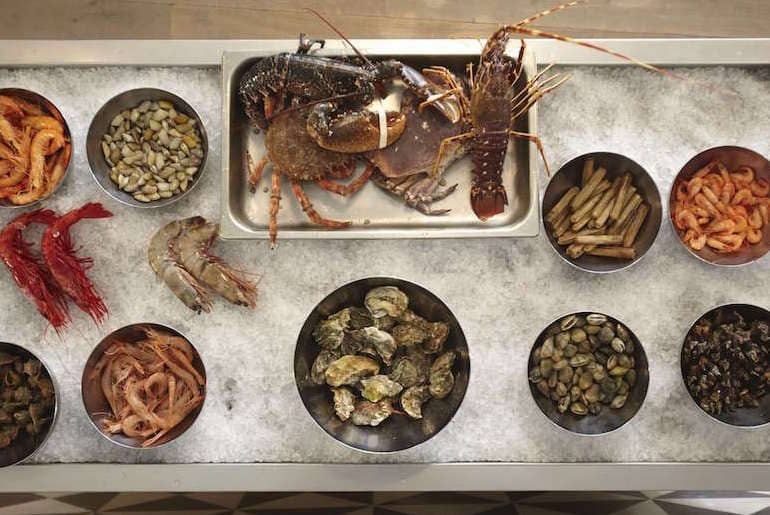 Some say that Portugal has the best fish in the world. With its large coastline and long history at sea, that could in fact be true. Especially because in this country fish really tastes like fish, and seafood is really seafood — no sauces masking the fresh flavor of the sea here. 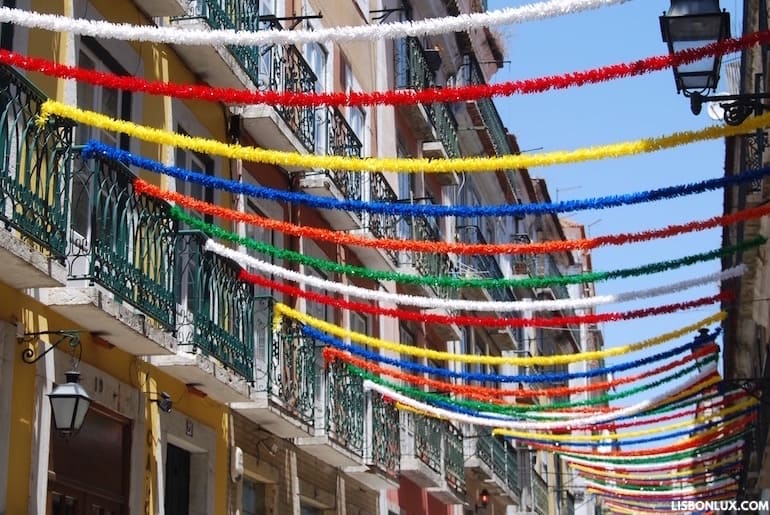 The cultural vitality that has emerged in Lisbon over the last few years means that there is a rich calendar of events throughout the year. From major summer music festivals attracting the biggest international acts, to international film festivals devoted to all genres (independent features, documentaries, thrillers, animation...), there is always something going on.


It's One Big Gym 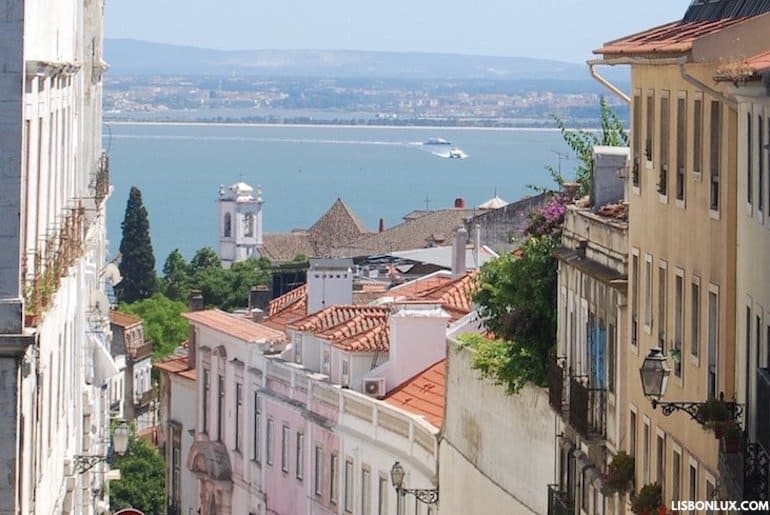 Lisbon may be built on several steep hills, but it’s wonderful to walk around in. Many medieval alleys are too narrow for cars, so you’re always forced to use your feet, which is good news for those with no time to exercise. Your workout and calorie-burning can be done by simply going to work, shopping, or heading to a café, and you can also choose to go cycling along the river. The hills may often be strenuous, but your heart will thank you later. 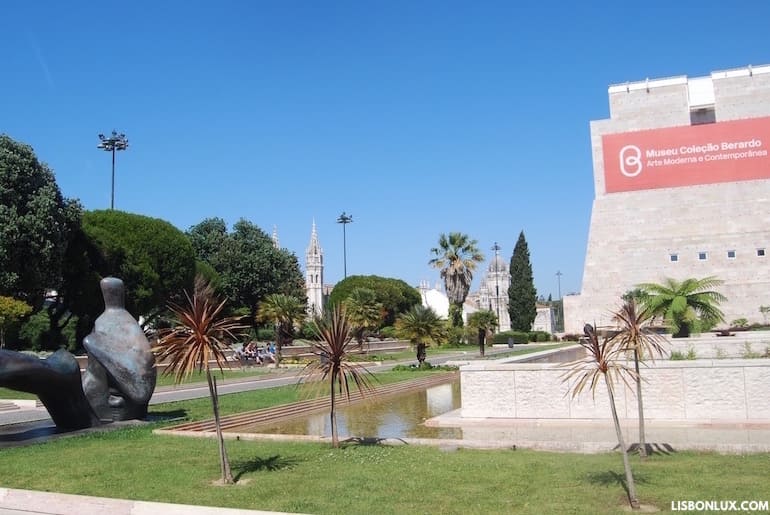 As Western Europe’s least expensive capital, Lisbon is often described as one of the continent’s “best value for money” destinations. But that’s not just for tourists. Even locals can plan a night out in the city without spending much. You can find fulfilling meals for just around 10 euros, there are free monuments and museums (most of them are also free on Sunday mornings for residents and always free for tourists with the Lisboa Card ), and there’s a wide range of activities with no admission charge. Best of all is that nightlife is mostly lived on the streets, with cheap beer and caipirinhas in hand. 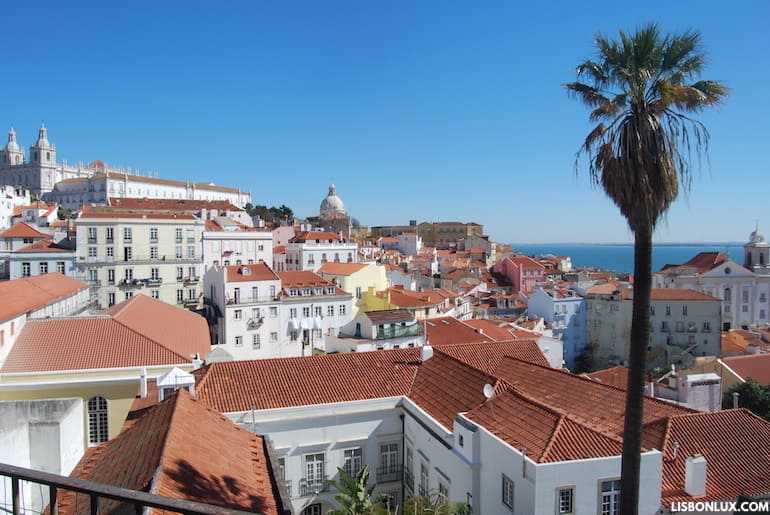